An Australian ship towing a U.S. Navy black box detector heard promising pings, though nothing has been confirmed 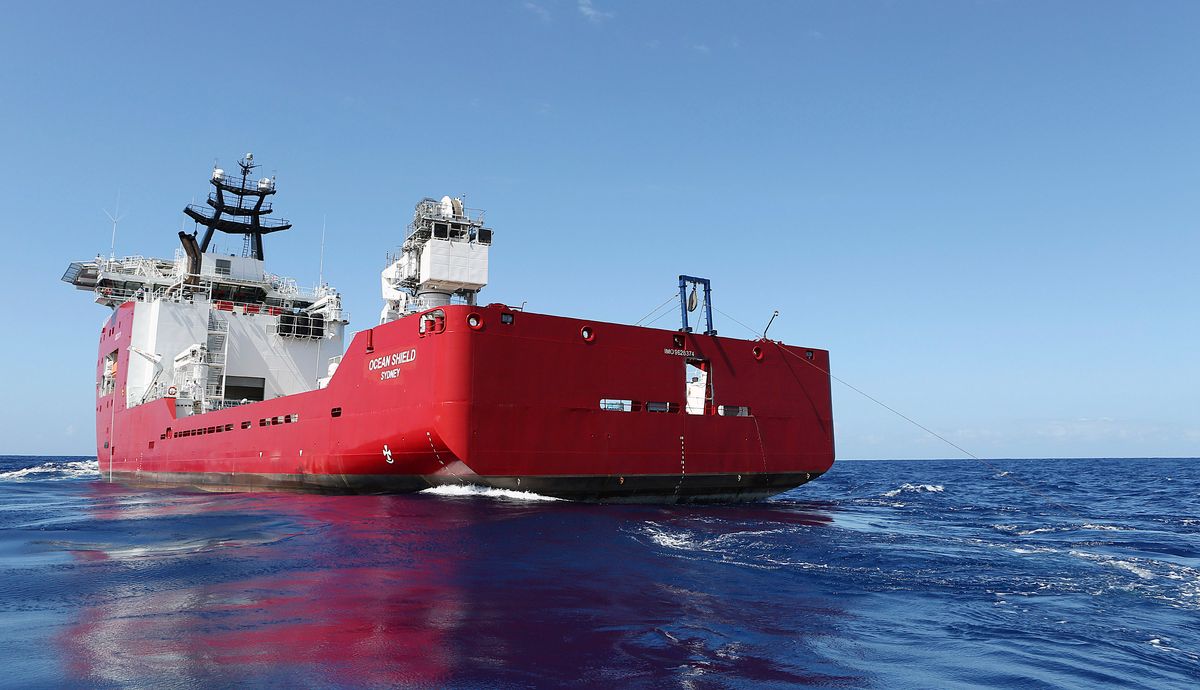 After weeks of unsuccessful scouring of the Southern Indian ocean, there may be reason for cautious optimism in the search for missing Malaysian Airlines flight MH370. This weekend the Australian ship Ocean Shield, towing a U.S. Navy black box detector heard two "pings" which might have been from the missing Boeing 777's black box. Nothing has been confirmed, and no wreckage has been detected, nor recovered.

Malaysian Defense Minister, and acting transport minister, Hishmmuddin Hussein told reporters that positive news could arrive "in the next few days, if not hours." He also said he was "cautiously hopeful"

Twelve aircrafts (nine military, three civilian) and 14 ships took part in Monday's search for Malaysia Airlines flight MH370, which has now been missing for 31 days. The Beijing-bound plane took off in Kuala Lumpur on March 8, and investigators believe it deliberately veered off course, flying west for hours and ending in the southern Indian Ocean. However, officials are not sure why the plane would have taken this path, whether it was due to mechanical issues or malicious intent.

Finding the plane's black box is seen as key to solving the fate of MH370, and brining closure to the families of the 227 passengers and 12 crew members who were on board. The plane's black box has both a cockpit voice recorder and data recorder. Each is equipped with a beacon that is triggered by contact with water. Unfortunately the beacon's battery only lasts for around 30 days, and time is running short to locate the black box.

The search area was modified at the end of March and is now roughly 1,100 miles north-west of Perth, Australia, and despite a rash of satellite images depicting possible debris, no physical evidence of the plane has been found. If found, investigators could have calculated the location of the debris in relation to ocean currents to determine where the plane entered the water. Without this information, the search for the black box has been far more broad. According to the Guardian:

"They have analysed (sic) the plane's "handshakes" with satellites, radar evidence of parts of its early course and other technical information such as how long it would take the Boeing 777 to burn fuel at various speeds."

Even in a search area that is nearly 90,348 square miles, "acoustic events" have been detected. The Chinese ship Haixun 01 said it detected a "ping" that was just over a minute. Further inspection showed that the type of sonar used could probably not have detected a black box ping. Currently, the HMS Echo, a British ship with sophisticated detection equipment, is also investigatingthe area.

Around 300 nautical miles away the Australian ship Ocean Shield, towing a U.S. Navy black box detector picked up two signals: one for two hours and 20 minutes and one for 13 minutes. These signals are not thought to be related to the one found by Haixun 01.

Retired Air Chief Marshall Angus Houston is heading the joint search effort; he said that the last 24 have held some promising developments. "The towed pinger locator deployed from the Australian vessel Ocean Shield has detected signals," he said. "Significantly, this would be consistent with transmissions from both the flight data recorder and the cockpit voice recorder."

If the black box was detected, Houston warned that this is just the beginning. Search teams would still need to confirm, relocate and then actually exhume the plane.