More Lisa Kudrow: Why "The Comeback" should make a comeback

Underappreciated HBO comedy was the most perceptive satire of its time. It needs its "Arrested Development" return 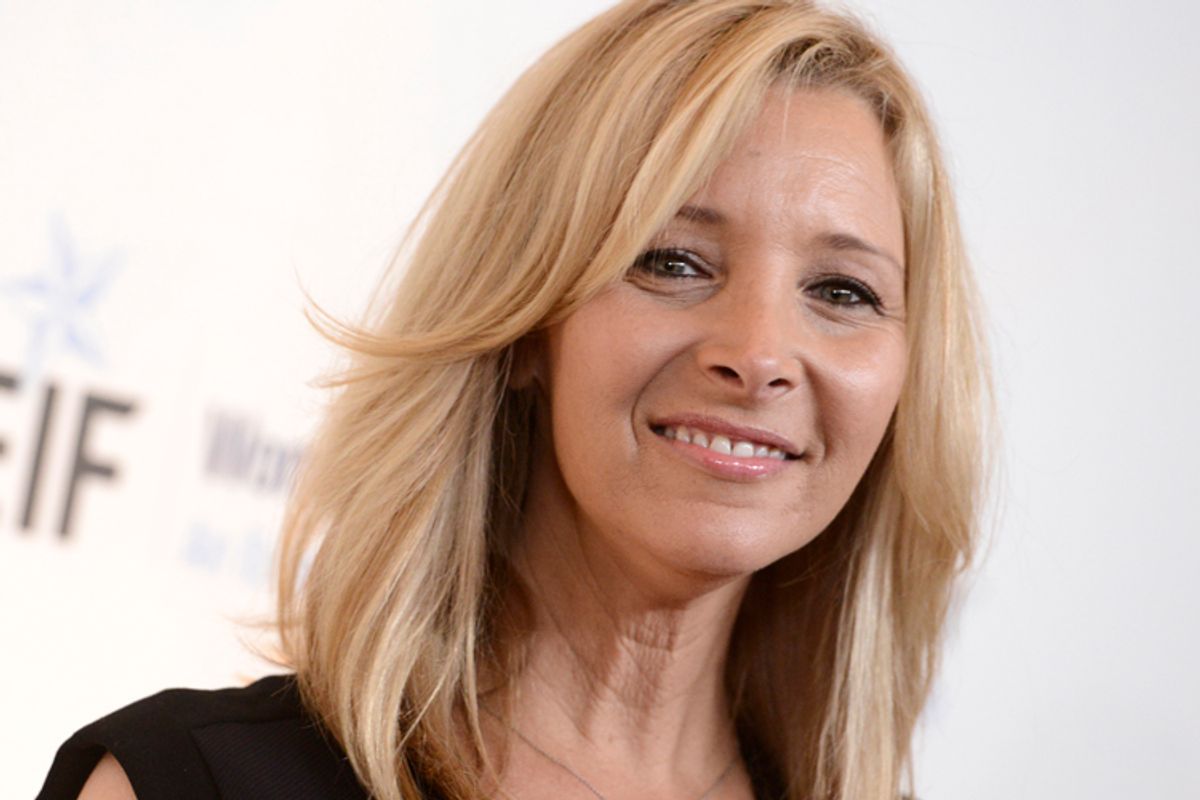 It seems, now, like a sure bet: a satire of reality TV starring a television icon satirizing her own image, in a series willing to tell the unvarnished truth about Hollywood.

And yet, in 2005, when it first ran, the Lisa Kudrow vehicle "The Comeback" was by anyone's estimation a flop, not least because it was canceled after a single season. The HBO series -- airing toward the end of the first of the network's Golden Ages, with "Sex and the City" over, "Six Feet Under" winding down, and "The Sopranos" reaching its endgame -- failed to bring the network the rave reviews and critical buzz it craved. Audiences largely stayed away, and critics were more befuddled than delighted. An uncredited New York Times review from 2005 criticizes the series for having satire not quite as "subtle" as that of "Entourage." As has been typical with Times TV reviews from then to now, there's a lengthy correction appended. But add one more note: "The Comeback" has come to be seen, by a cult of admirers, as among the most perceptive satire of the 2000s, with grace notes both obvious and, yes, subtle. Rumors that "The Comeback" will be returning to HBO for an "Arrested Development"-style second life could not be better-timed -- it's the show we need right now.

For the uninitiated, "The Comeback" was created by Kudrow, fresh off a 10-season, Emmy-winning stint acting on "Friends," and Michael Patrick King, fresh off a six-season, Emmy-winning stint on "Sex and the City." It takes the form of raw footage of the life of Valerie Cherish, a washed-up actress who was once the star of a late-'80s-into-early-'90s sitcom called "I'm It!" She's constantly reminded that she isn't It anymore as she films a degrading supporting role on a raunchy network sitcom about sexy singles and their mean old aunt, along with an even more degrading lead role in a reality show about her TV comeback. What we see is what the reality cameras following Cherish see: the table reads for her sitcom, her attempts to get a magazine cover, the moments of insecurity as she is confronted, again and again, with what it means to grow older in Hollywood. It's a double role: Kudrow plays Cherish both acting on network TV and playing the character of "good wife, attentive mom, and successful actress" on her reality show. That she fails at both shouldn't come as a surprise; the cameras' cruelty is a central tenet of "The Comeback."

And that Cherish's role on sitcom TV is hardly a comeback is transparently obvious -- this woman in her early 40s is required, perpetually, to deliver lines about how sexually undesirable she's become, before being shoved back offscreen. It's made more transparent (arguably too much so) by the presence of two thinly written characters: Juna (played by Malin Akerman, who this season has headlined ABC's "Trophy Wife"), a totally innocent rock singer-cum-sitcom star whose taut body and freight-train success show just how far from the center Valerie's found herself, and Paulie G. (Lance Barber), the co-show runner of Cherish's sitcom, who has no time for the demands of a dimmed star. Both exist in Valerie's orbit so that she can react against them.

Valerie has no idea how to deal with the new order in sitcom land: She's used to an utterly professional environment, and so Paulie G.'s frattish bonhomie with everyone but her is stunning. (Her reaction when she learns Paulie has an Emmy is among the best in the series.) And, having not worked in a significant manner since "I'm It!," she's not ready not to be the star. Her reactions are what makes the show: The audience sees the world not through Valerie's eyes but through her camera team's, and so we are perpetually met with Valerie insisting that she is fine, that she has anticipated the latest comedown, as the camera captures those around her reacting with disdain or sadness to her mask. She tells us that writers love to have fun with their actors just after we've seen the writers react in shock as they've been caught on camera simulating violent, coercive sex with a Valerie figure. We see her having what she thinks is the time of her life at a rock concert, as those around her glare at her maybe-in-the-'80s dance moves. We see her perpetually telling the reality cameras to take a "time out" whenever she expresses an emotion that would have been out of place in a Mary Hart interview, and we know they never will.

"The Comeback" is the story of just how important it is to be famous. Valerie Cherish is, at the show's outset, a wealthy woman with a stable family life and a bank of memories of a robust career. And she's willing to undergo the process of appearing on reality TV because she thinks it will bring back fans. The full season (available on HBO Go) documents just how frequently Valerie's hopes are dashed, culminating in the humiliating airing of her reality show -- which, perversely, puts her back at the center of the culture. "The Comeback," in its totality, is a very funny tragedy: A woman with real and recognizable goals is frustrated, time and again, by an industry that's not interested in her humanity or her ideas of how it ought to work. No wonder "Entourage" seemed, to the Times, like more subtle satire. It's about the career of a great-looking 20-something male movie star. Why should the story of a 40-something woman in Hollywood take that form?

Little wonder it didn't work at the time: In 2005, "Survivor" and "Big Brother" were old news, and both "The Osbournes" and "Newlyweds: Nick and Jessica" had wound down. It was easy to believe that reality TV had been a dehumanizing fad. In 2014, though, we've seen an aggregate ton of well-meaning women -- many among them former actresses just like Valerie -- willingly humiliated by the Bravo network alone. Are the cameras following Valerie, so seemingly caustic in 2005, any worse than the people on Twitter hoping that "The Real Housewives of Beverly Hills" star and recovering addict Kim Richards will relapse for good TV? "The Comeback" was almost too novel in 2005, standing as it did between the first and second waves of reality television. Today, Valerie's valiant attempts to show only her good side on TV seem heroic -- because we're long past the time when we could be naive about hoping for an "Entourage"-style happy ending for her. One wonders what developments a second season will predict.