Pay Congress more -- seriously! The case for making them rich

We all hate Congress, sure, but if we hate the influence of the rich we need to make lawmakers richer 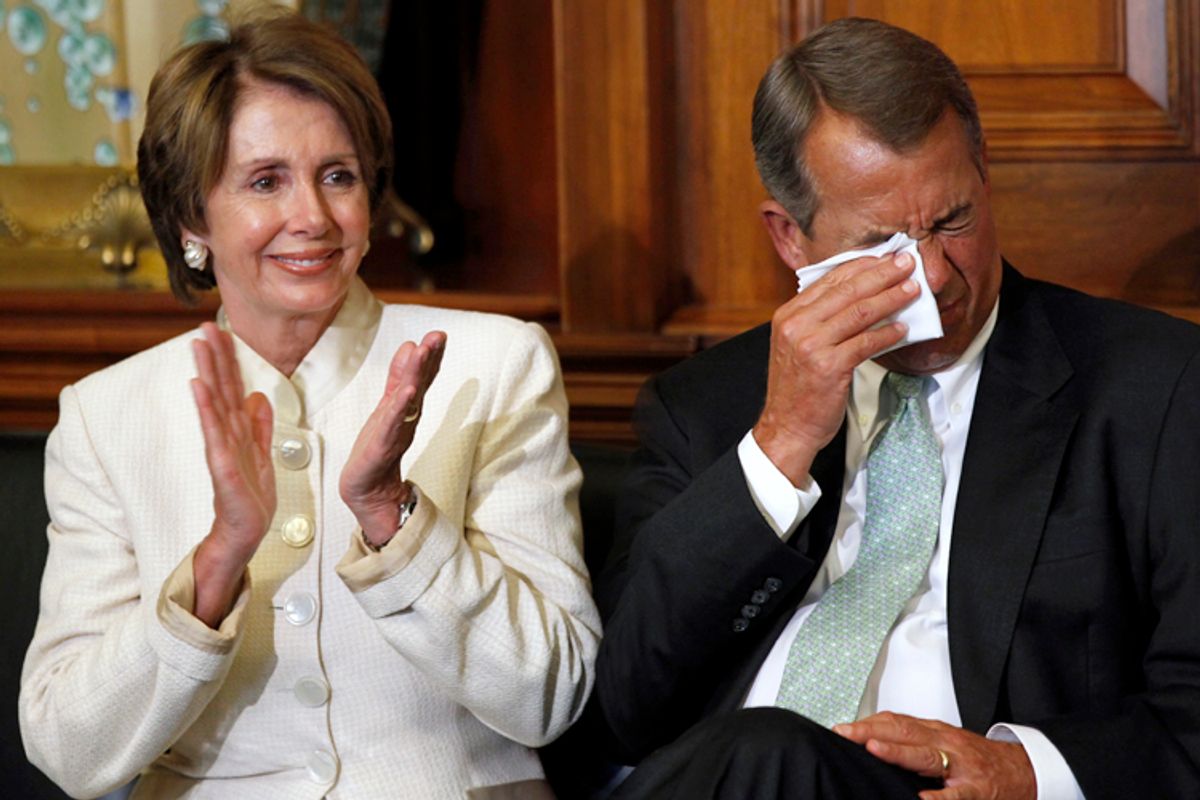 Jim Moran recently took up the sort of cause that only a retiring member of Congress would ever take up: He believes that members of Congress aren't paid well enough. Members of Congress make $174,000 a year. That's well above the median American income. It's more than the average constituent of Jim Moran makes. But Jim Moran is also kind of right.

So here's the case for giving members of Congress million-dollar salaries: Fewer members would quit to get rich in the private sector as bankers or lobbyists. And in a world where campaign finance regulations are constantly getting gutted by the courts, paying members a fortune and letting them fund their own campaigns is basically halfway to public financing of elections. Everyone loves it when a billionaire candidate like Michael Bloomberg promises to be "above politics" because he can fund his own election, so why not let members of Congress do the same?

Not many ideas are going to be less popular in this political environment than "pay Congress more," on account of everyone hating Congress and Congress being full of terrible lazy morons. But the ideal of the citizen-legislator, paid a pittance, has always strongly benefited the independently wealthy. Our politicians already spend an inordinate amount of time begging for money from zillionaires, and they already advance the interests of their funders far more often than they advance the interests of regular folk, so paying them more ought to only lessen the desperate lifestyle envy that leads to things like Robert McDonnell's pathetic gift scandal. Our options are either full public financing of elections combined with much more equitable tax redistribution, or making Congress just rich enough to stop relying so heavily on the largess of the super-rich, and one of those seems like a much more reasonable goal.