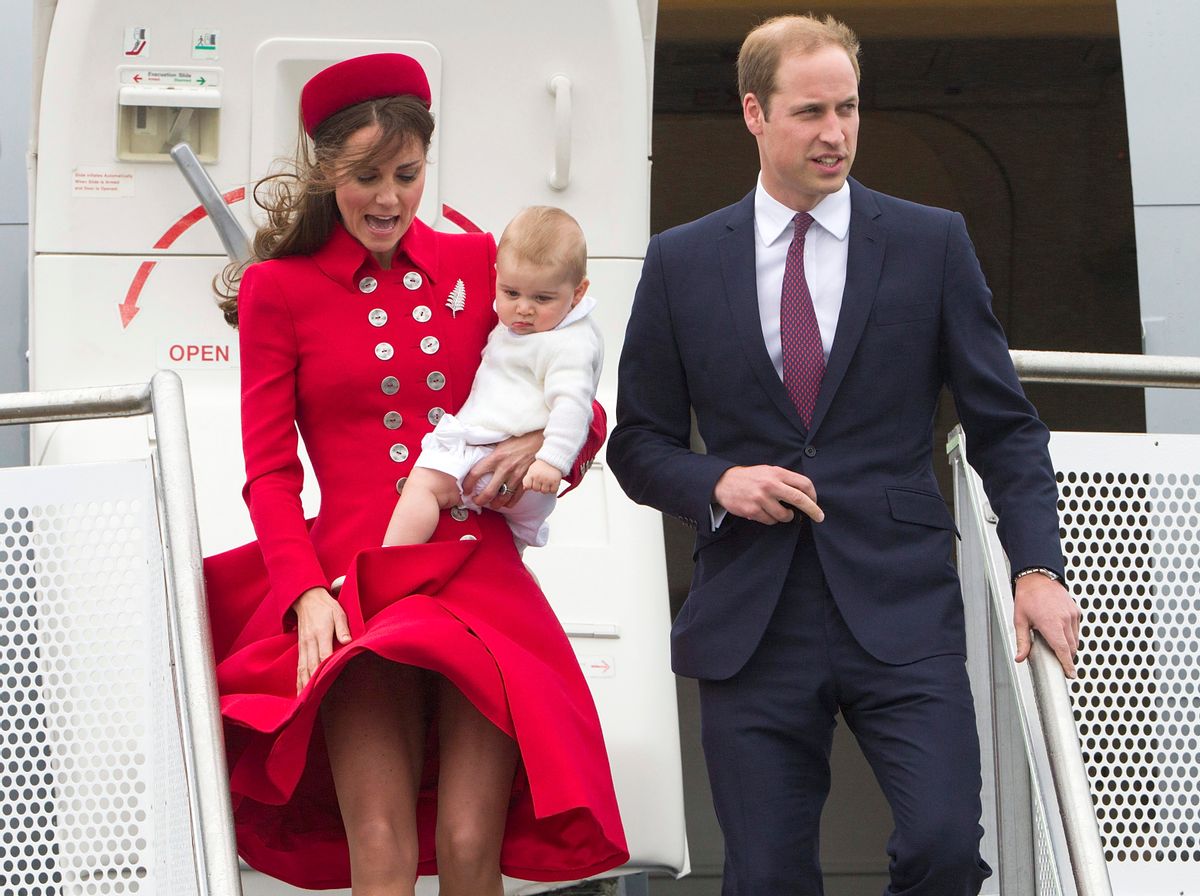 Britain's Prince William and his wife Kate, the Duchess of Cambridge with Prince George arrive for their visit to New Zealand at the International Airport, in Wellington, New Zealand, Monday, April 7, 2014. (AP Photo/SNPA, David Rowland) NEW ZEALAND OUT (AP)
--

SYDNEY (AP) — Britain's Prince William and his wife, Kate, have arrived in New Zealand's capital to cheers from locals who braved windy, rainy weather to catch a glimpse of the royal couple.

The Duke and Duchess of Cambridge landed in the fog-shrouded city of Wellington on Monday along with their baby son, George, to kick off a three-week tour of New Zealand and Australia.

Prime Minister John Key greeted the couple before they were whisked off to Government House where they received a traditional Maori welcome.

William and Kate plan to spend the next few weeks enjoying a wine tasting at a local vineyard, meeting with "The Lord of the Rings" director Peter Jackson, going on a jet boat ride and visiting Christchurch, which was devastated by an earthquake in 2011.