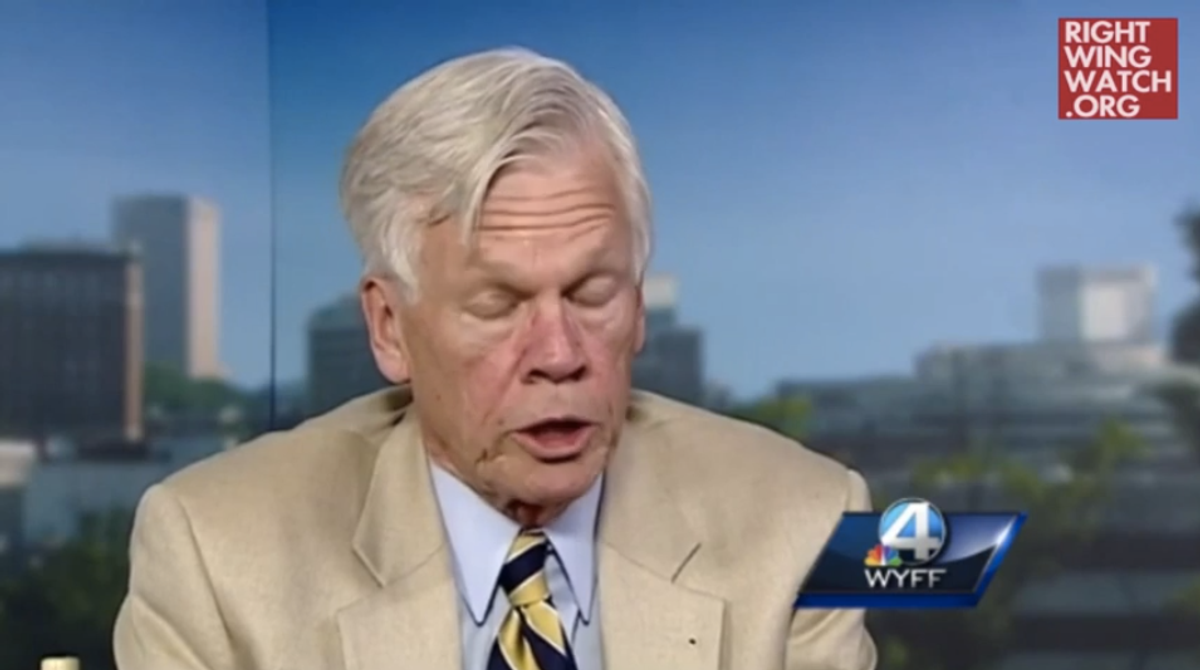 The South Carolina House of Representatives voted last month to cut $70,000 from the budgets of two state universities in order to punish these schools for teaching students about LGTBQ rights and history.

As I noted before, lawmakers were outraged that the College of Charleston gave students Alison Bechdel’s award-winning graphic memoir,”Fun Home” as non-required reading and that the University of South Carolina Upstate assigned “Out Loud: The Best of Rainbow Radio,” as part of its freshman writing class. Lawmakers, angry at the prospect that students in the state would get an actual education, threatened economic sanctions.

Now, according to a report from Right Wing Watch, a Republican state senator is accusing one of these schools of "recruiting" lesbians -- by hosting a one-woman satirical show called “How To Be A Lesbian In 10 Days Or Less."

“That’s not an explanation of ‘I was born this way,’” said Sen. Mike Fair. The show planned at the University of South Carolina-Upstate was "recruiting,” he added.

The backlash has caused the school to cancel the show. The school responded in a statement that the title of the performance was meant to be “satirical in nature,” but canceled it because it had “become a distraction.

But Fair has a point about recruitment and conversion. Beyond his concern that being LGBTQ is "not normal," he is also correct that theater can have a really powerful influence on its audience.

It's a well known fact that at least 90 percent of audiences who watch a performance of "How to Succeed in Business Without Really Trying" soon go on to succeed in business without really trying. And those unfortunate souls who had the misfortune of taking in a matinee of "Cats" during its long run at the Winter Garden Theater left as -- you guessed it -- cats. Magical, talking, singing cats.