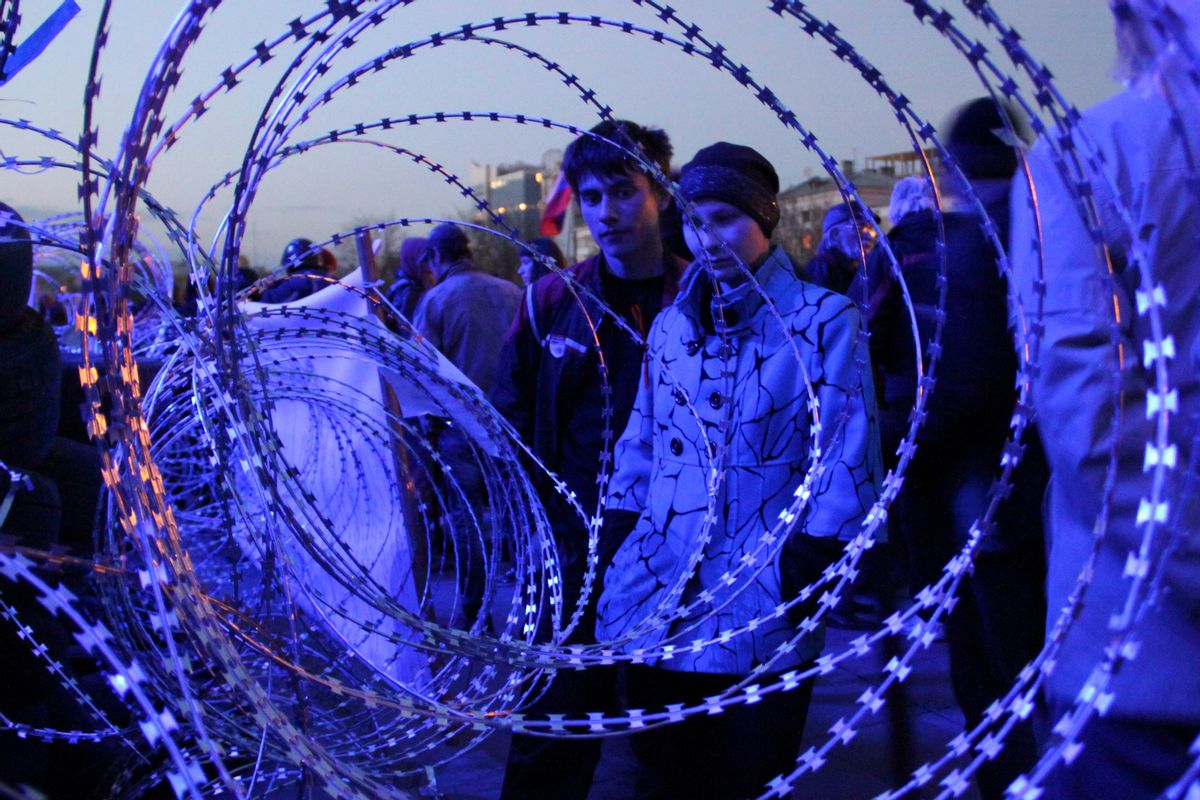 People gather near a barricade with razor wires at the regional administration building in Donetsk, Ukraine, late Monday, April 7, 2014. Outside the Donetsk building, a barricade of car tires and razor wire was built up to thwart police from retaking it. Interfax cited police in Donetsk as saying one armed group fired into the air and attempted to seize the regional state television broadcaster Monday but retreated after police and guards in the building also fired warning shots into the air. (AP Photo/Alexander Ermochenko) (AP)
--

1. SEARCH FOR PLANE HINGES ON HOW IT HIT THE WATER

Possible scenarios depend on angle and speed with which MH 370 could have speared into the sea.

Kiev's new government wants to avoid Cold War tactics between the West and Russia by having its say about its own future.

The Huskies beat Kentucky's Wildcats 60-54 only one year after being barred from March Madness because of academic problems.

The Olympian says he and girlfriend Reeva Steenkamp sometimes had troubles but they were in love and planning a life together.

Chuck Hagel says China doesn't have the right to unilaterally establish an air defense zone over islands controlled by Japan.

6. WHO'S WAITING FOR THEIR NEW RIGHTS TO KICK IN

In Egypt, women wonder whether greater freedoms enshrined in the new constitution will be implemented — while violence against them rises.

Mayhem might result. An estimated 30 percent of computers used by businesses and consumers around the world are still running the 12-year-old operating system.

9. WHICH STATE MAY OFFER MEXICAN-AMERICAN STUDIES

Proponents say Texas students would get a deeper understanding of their home; critics call it an attempt to inject progressive politics into the classroom.

A recent shortage and spike in price has caused some airlines — for now — to stop offering the fruit in their beverage service.