Billy Eichner asks New Yorkers: Do you want to have sex with Paul Rudd?

For a dollar, of course 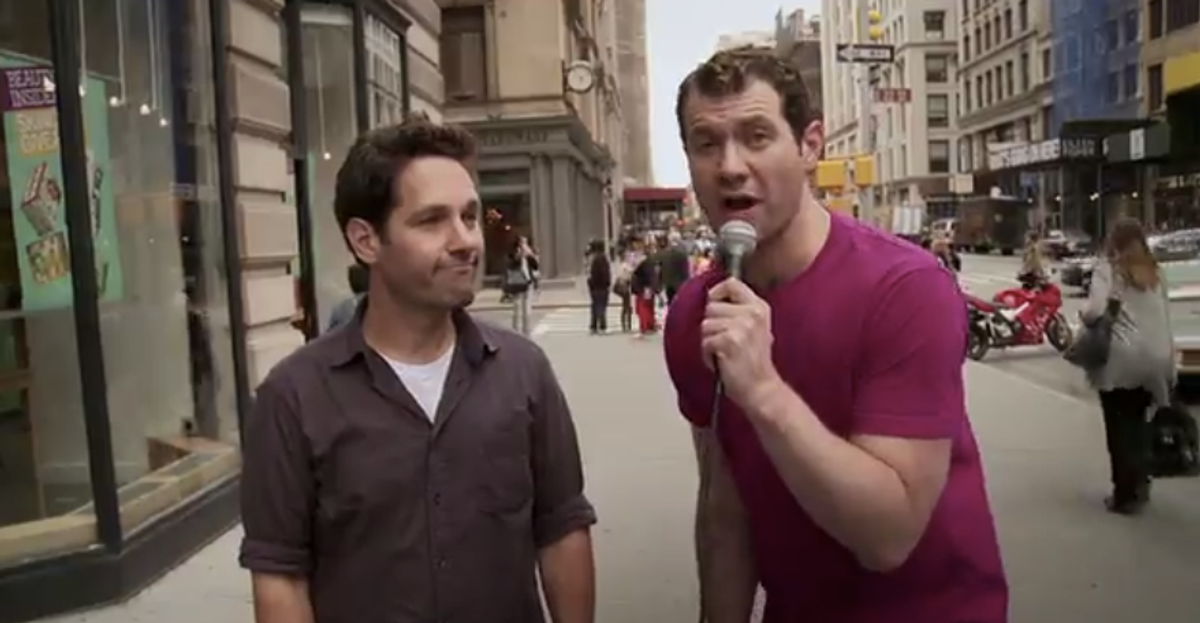 "Billy on the Street" has released a special segment featuring ageless "Anchorman" actor Paul Rudd, in which the two ran around New York City asking people a trick question: "For a dollar, would you have sex with Paul Rudd?"

There were no lip-sync-off battles this time, but there were some awkward hugs, a few "No" responses and lots of running.