Fox News: The gender pay gap is not real! (Except in the White House where it is totally real!) 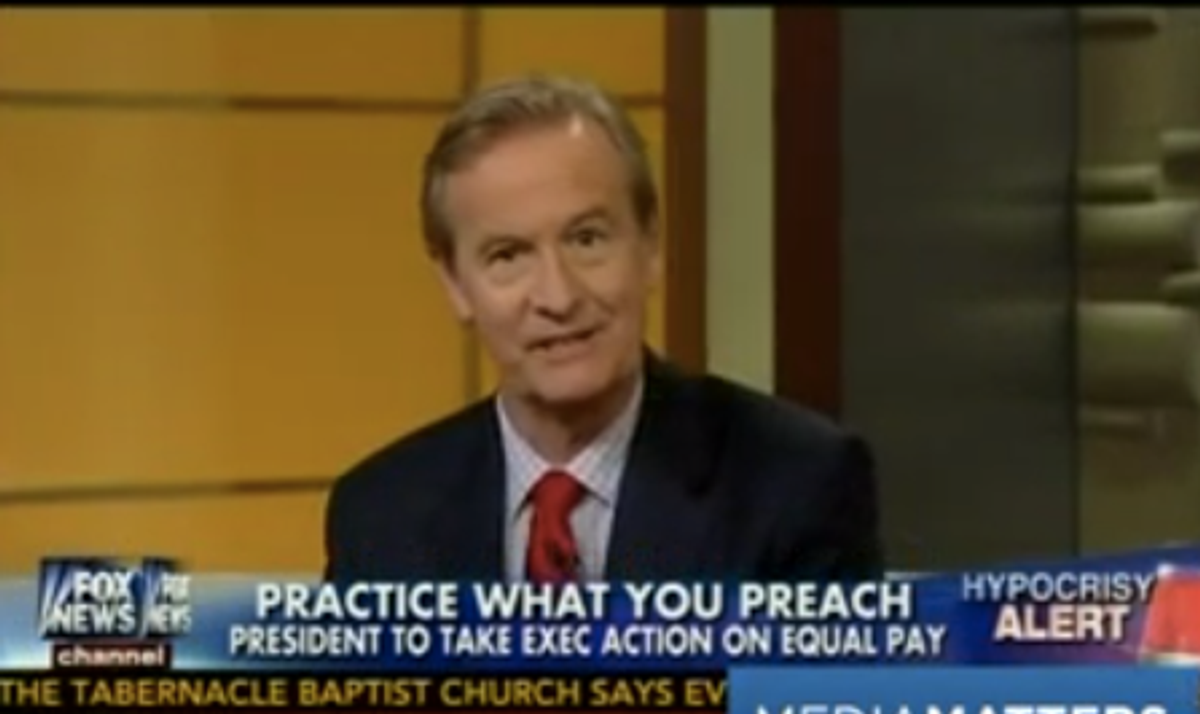 Steve Doocy sets up a Monday segment on the gender pay gap by saying that President Obama is signing two equal pay executive orders in order to "change the subject" from the Affordable Care Act. (Why Obama would want to change the subject from his namesake healthcare law -- which has hit its target of 7 million sign ups and is generally doing what it was designed to do -- is beyond me, but Doocy seems to think he is on to something really big.)

"So what he's going to do [is], tomorrow he's going to sign a couple of executive actions to make sure that women get paid the same as men," Doocy explains. Then he closes his eyes with some apparent exasperation, puts his hand in the air in a gesture suggesting he is calming both himself and his audience and says, "Now I know, I know, women have gotten equal pay for decades."

"Shouldn't that equality then start right in the White House? ... Shouldn't it start right under your own roof?," she asks. "Is the White House aware as well that female staffers are only paid 88 cents for every dollar when compared to the men? That's a 12 percent gender gap right there!"