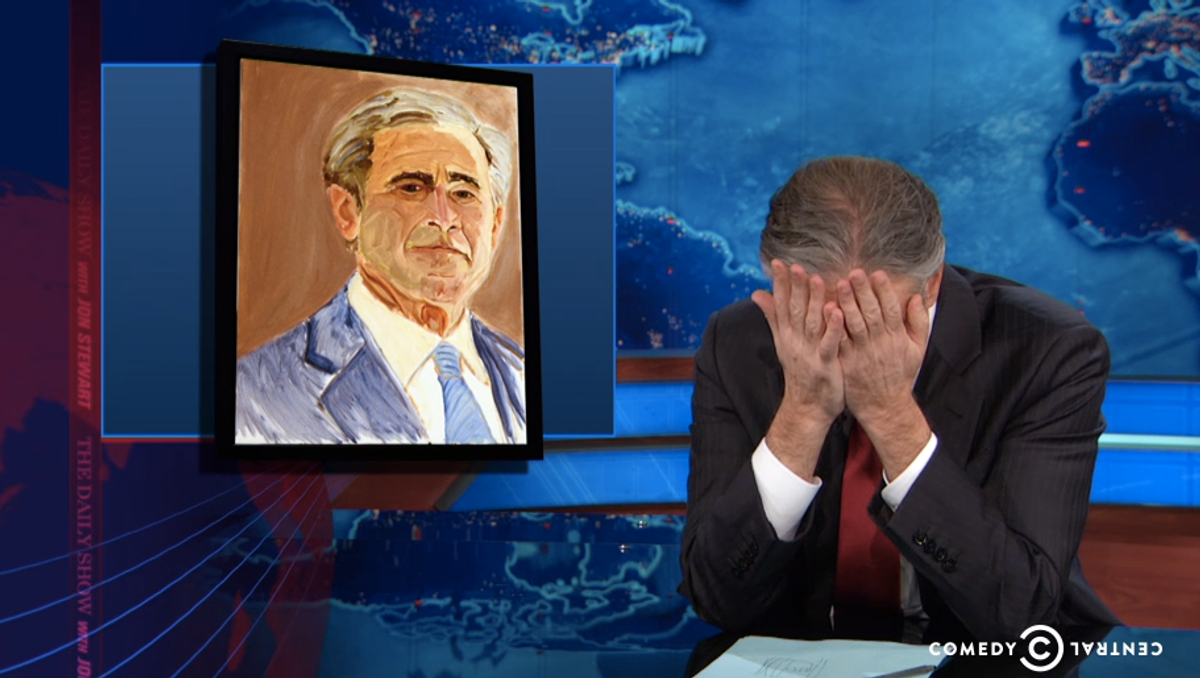 It wasn't the funniest segment on "The Daily Show," but it was one of the most sobering in recent memory: Upon the Senate Intelligence Committee's recent vote to declassify a portion of the documents outlining the CIA's torture abuses during the Bush administration, Jon Stewart took a moment to see how Donald Rumsfeld, Dick Cheney and George W. Bush have fared in the aftermath.

In fact, the former president seems to have escaped his controversial legacy entirely, and is known to the public as a painter of dogs, cats and world leaders. "He is a somewhat confounding dude," declared Stewart. "Yes, much like any non-torturing, war-starting retiree, George W. Bush has returned to public life with, like, 30 pictures he made."