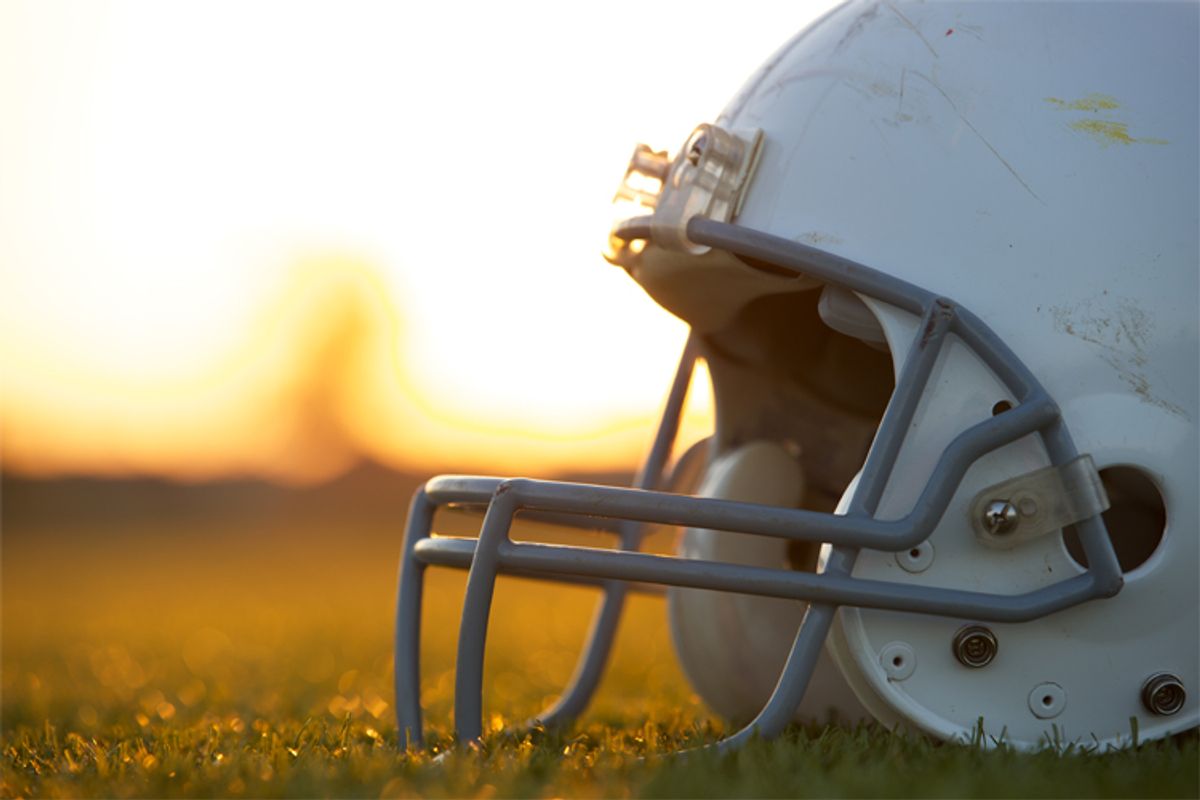 This is the 3rd of four articles related to the new Showtime series "Years of Living Dangerously." Click here to explore other articles in the series.

Football is all about heated competition, but coaches and athletic trainers across the nation have been faced with the challenges of late-summer heat waves.

Last fall for the Iowa Hawkeyes’ first game of the season, temperatures were hovering in the 90s. To prep for these unseasonably warm conditions, the university advised fans to wear lightweight clothing, take advantage of free cooling stations around the stadium, and drink ample water; vendors even offered a half-price discount on H2O. Now, if those were the suggestions for spectators, just imagine what this meant for the heavily padded players on the actual field.

Traditionally, a sport better suited to autumn’s cool weather and even winter's cold days, football players across the nation have been facing hurdles posed by heat waves, namely dehydration, exhaustion, and even heat stroke, which can be a potentially fatal condition. For seasoned athletic trainers, like Doug West, who has been with the University of Iowa’s program for nearly a decade, this means taking measures to keep players healthy in these grueling conditions.

In college and high school programs around the nation, exercising in extreme heat in the preseason has meant having to adjust the practice schedule to avoid heat-related illnesses. Explains West, “When it’s very hot and muggy out, we increase the number of breaks and make hydration a big focus. Water and sports electrolyte drinks are always readily available and located in close proximity to each position on the field to make sure players are replacing fluids during workouts.”

Some high school coaches, who played the sport themselves, like Bob Staton from the California R-1 School District, remembers a different time, “In the 1960s, when I was in high school, we did not have water on the practice field. We got our last drink when we left the locker room and didn’t drink again until after practice.” In today’s hot conditions, this would present a major risk.

Nowadays, the preparation for staying hydrated in hot weather and intense practices starts even before the players get on the field. Explains West, “Before workouts, we provide players with sports drinks and supplemental electrolytes to aid in hydration. When practices are scheduled during excessively hot and humid times, we also provide education on appropriate clothing and hydration guidelines. We have posters in the locker room to help players monitor how hydrated they are.” Some schools even advise players to keep drinking water throughout the day. Likewise, when necessary, they’ll change the uniform during workouts; a practice unheard of in the ’60s, when Staton played, “we were not allowed to remove our helmets until we were back in the locker room.” But today’s temperatures have made it necessary for players to make adjustments: “When it’s really brutal out, we scale down the padding; instead of full pads sometimes we’ll have players just wear shoulder pads or even just shells,” explains West.

Looking toward the future, both West and Staton agree, they’ll continue to work around the weather. Says Staton, “One of our initiatives is trying to pass a bond issue this spring to build a new football field with artificial turf. If we get our new field with artificial turf, we can schedule our practices under the lights in the evenings, when it is cooler.  This is an option we do not currently have, but would help us in dealing with heat waves.” He also thinks the intensive, two-a-day practices in the preseason will become a thing of the past due to unseasonably warm temperatures.

“I believe you will see more and more teams practicing under lights during heat waves and teams may well start putting up temporary structures to provide shade during breaks, as well hydration tables and misting areas.” It seems going forward the water boy will be getting a major promotion.