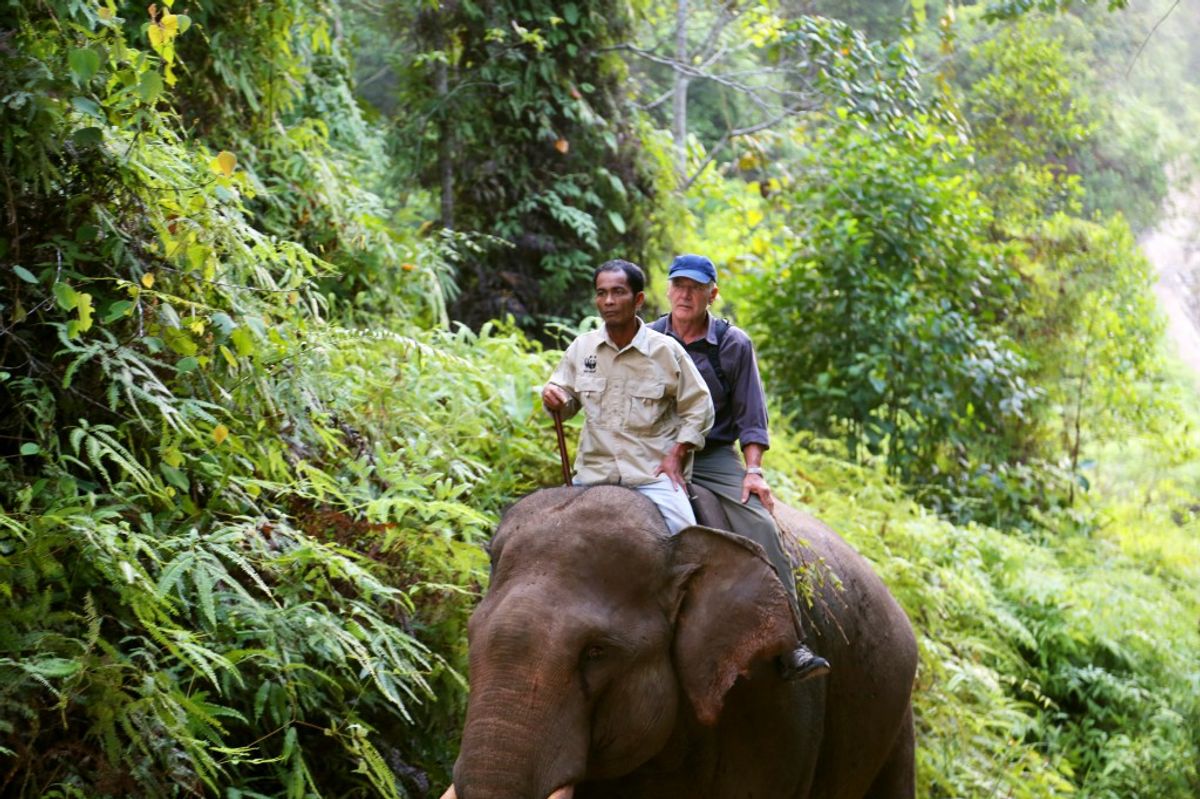 Can climate change make for gripping entertainment? Can a star-studded cast and Hollywood-style dramatics convince people of global warming's reality, and of the urgency to act now to mitigate its impact? James Cameron, Arnold Schwarzenegger and Jerry Weintraub certainly think so, and their new documentary, "Years of Living Dangerously," is already being touted as a major contribution to the climate conversation -- one that's a lot less chart-heavy than its famous predecessor.

The series is being heavily plugged by major players in the climate community, which makes sense, since a huge number of them either appear on-camera or else were involved behind-the-scenes in making sure it got the science right. And since this is supposed to be must-see TV, there are also a lot of celebrities. The first hour features Harrison Ford and Don Cheadle, along with recognizable names like New York Times' columnist Thomas Friedman. Michael C. Hall, Matt Damon, Olivia Munn, Jessica Alba, Chris Hayes and Mark Bittman, to name a few others, will all show up in later episodes.

Since climate change affects all of us , not just those with premium cable, Showtime's made the first hour available free online. The series officially begins its eight-week run Sunday, April 13.

Could this be a game changer? Check out the first episode, and decide for yourself: