Spoiler: There aren't any! 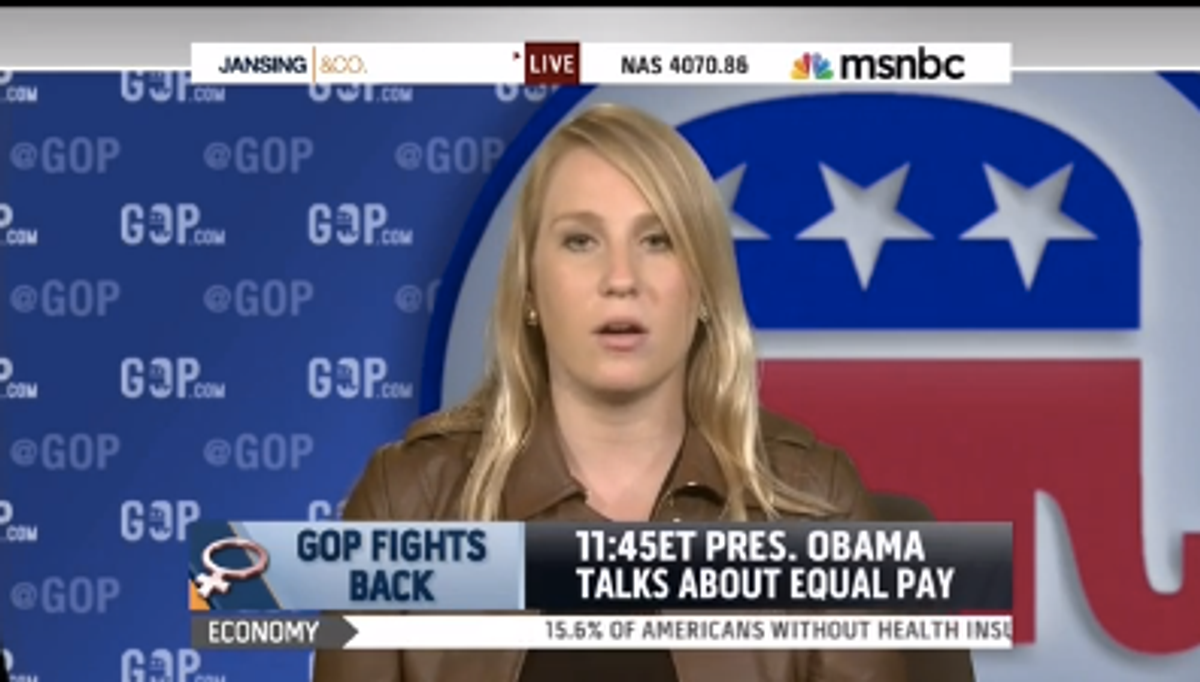 Here's the one thing Republican National Committee National Press Secretary Kirsten Kukowski has going for her: Unlike many of her colleagues in the GOP, she actually believes the gender pay gap exists.

But after explaining how "there is still a discrepancy and a gender gap when it comes to pay" and railing against Democrat's "dishonest" approach to the issue, she failed spectacularly when asked to provide Republican alternatives to the Paycheck Fairness Act and other policies aimed at narrowing the gap.

Like many other Republicans in recent days and weeks, Kukowski also raised the issue of the White House's own gender problem. As she should have. The GOP has shown itself to be wrong about virtually everything else when it comes to the gender wage gap, but they are right about the problems at the top.

The employment and pay disparities in the White House -- manifested as a dearth of women in top positions -- is a real embarrassment for President Obama and his administration. One hopes that with all of the attention they have payed to the persistence of the gender wage gap and the kind of sexist biases that inform hiring practices across industries, that they are also doing some serious self-reflection and house-cleaning to correct these issues on their own turf.

But the GOP's attempt to use this as a grenade to throw at the Democrats is disingenuous. Mostly because the GOP is using the Obama White House's gender problem as a nihilistic "gotcha" that they hope will excuse them from taking any kind of action to address the issue.

And as Kukowski shows us yet again, when pushed to offer solutions, the her party comes up empty.