Jon Stewart reminds the president how much effort it took to get 7.1 million people to sign up for Obamacare 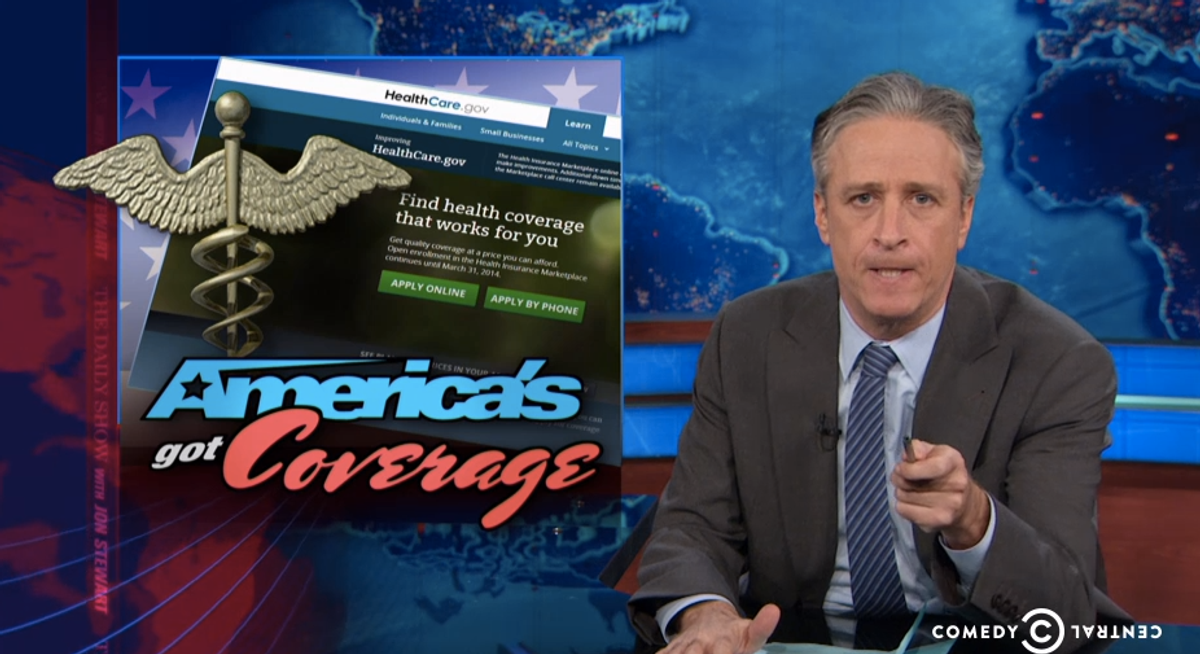 Despite several rounds of technical glitches and GOP resistance, the president has reach his goal, with 7.1 million people having signed up for health insurance under the Affordable Care Act. "The Daily Show's" Jon Stewart won't let Obama get away with saying that it wasn't a "hard sell," however, reminding the president that he "sat between two ferns," got every A-lister on board, and even "taught a dog to rap about health insurance."