A whole lot of crazy weather could be coming our way 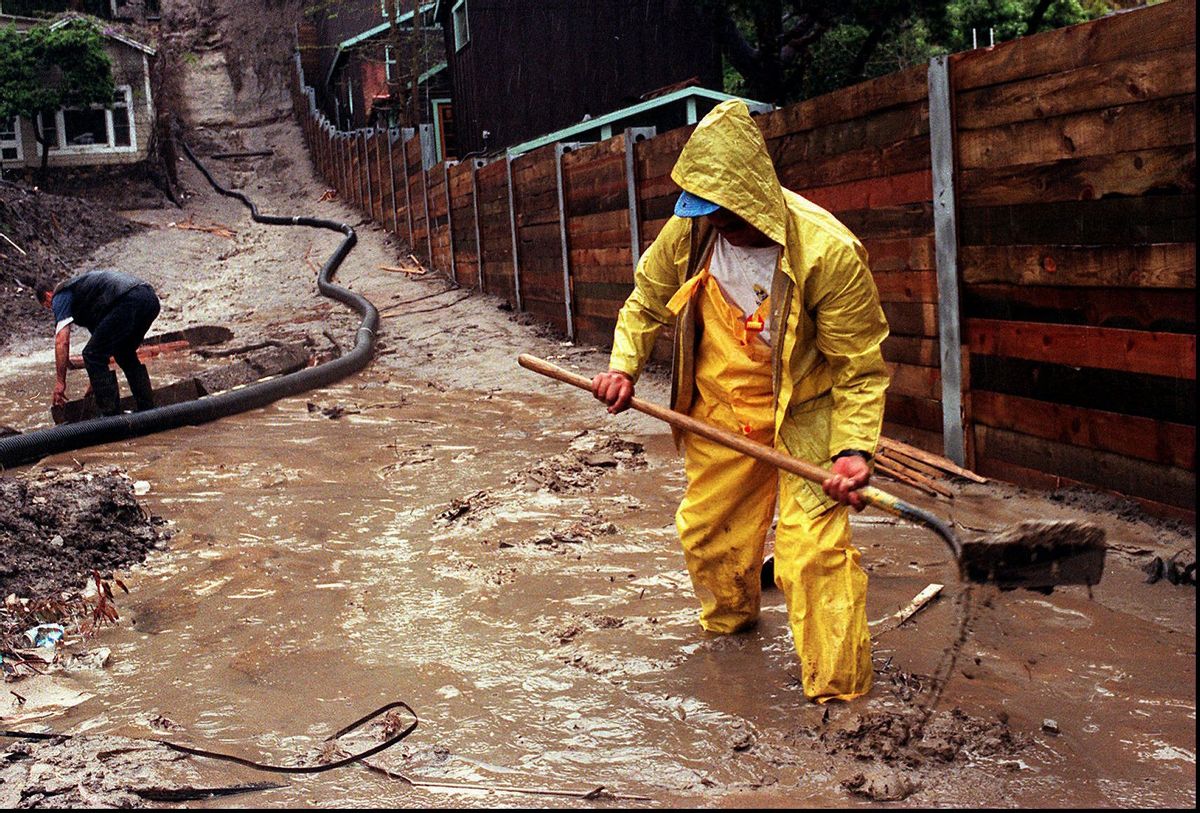 An El Niño may be brewing in the Southern Hemisphere, the Australian Bureau of Meteorology reported Tuesday. Forecasts show an over 70 percent chance of the weather pattern developing in 2014, which would itself increase the odds of extreme weather events (think droughts, floods and typhoons) occurring across the globe. Here's what you need to know:

El Niño is a fancy/Spanish name for a complex weather pattern rooted in the tropical Pacific Ocean. The NOAA describes it as "a disruption of the ocean-atmosphere system ... having important consequences for weather and climate around the globe." The last really strong one (it broke records) happened from 1997 to 1998.  In the U.S., it was associated with flooding in the Southeast and California, an ice storm in the Northeast and tornadoes in Florida. Experts say this new event, if it ends up happening, could give that one a run for its money.

This image, from the Australian Bureau of Meteorology, shows the massive amount of unusually warm water building up in the Pacific. Water below the surface is currently more than 7.2 degrees Fahrenheit above average:

"Although the El Niño-Southern Oscillation (ENSO) is currently neutral, surface and subsurface ocean temperatures have warmed considerably in recent weeks, consistent with a state of rapid transition," the bureau said. In the upcoming winter (May through July in the Southern Hemipshere), models predict those temperatures could rise to El Niño levels.

That's cool, but what's it look like? As in, how's it going to affect me?

That depends on where you live. Here's Andrew Freedman, at Mashable:

In Australia, El Niño events often lead to below average rainfall during the second half of the year, sometimes resulting in widespread droughts. In the U.S., El Niño events tend to have their biggest influence on winter weather, bringing wetter conditions to the West and Southern tier of the country. This would be potentially good news to drought-stricken areas like California and Texas, although there is no guarantee that an El Niño would break the drought conditions.

But perhaps the strangest impact so far has been in India, where monsoon forecasting is at the heart of national politics. The meteorology department there has accused U.S. weather forecasters of “spreading rumors” and colluding to ruin the Indian stock market by forecasting a return of El Niño.

Is this global warming's fault?

You know the drill about not being able to link any specific weather event to climate change. But a recent study suggested that extra-strong, "super" El Niños are twice as likely to occur in a warming world. As Wenjun Cai, a climate modeler at Australia’s Commonwealth Scientific and Industrial Research Organisation, explained to Climate Central, “Under greenhouse warming the eastern equatorial Pacific warms faster than the surrounding regions ... making it easier to have maximum SST (sea surface temperatures) in the eastern equatorial Pacific, and hence more occurrences of extreme El Niño events.”

What's more, El Niños release all of that heat into the atmosphere. If this year's is as strong as some predictions say, it means 2015 could end up being the warmest year on Earth, ever.

Ha! So El Niños are the real cause of global warming?!

Climate change skeptics point to El Niño-fueled 1998 as the year global warming “stopped.” Of course, global warming hasn’t stopped at all. The 10 hottest years on record have all occurred since 1998. The acceleration of that warming has slowed, though, compared with the previous breakneck pace during the late 20th century.

One of the theories put forth by the mainstream scientific community to explain the slow-down since 1998 has been increased storage of warm water in the Pacific Ocean. If that theory is true, and if a major El Niño is indeed in the works, the previously rapid rate of global warming could resume, with dramatic consequences.

As I wrote last fall, the coming El Niño could be enough to make 2014 the hottest year in recorded history, and 2015 could be even warmer than that. The 1997-98 super El Niño was enough to boost global temperatures by nearly a quarter of a degree Celsius. If that scale of warming happens again, the world could approach a 1ºC departure from pre-industrial times as early as next year. As climate scientist James Hansen has warned, that’s around the highest that temperatures have ever been since human civilization began.