After Colbert: Comedy Central should give Samantha Bee her own show

"The Daily Show's" Most Senior Correspondent is wickedly funny. Also: A woman 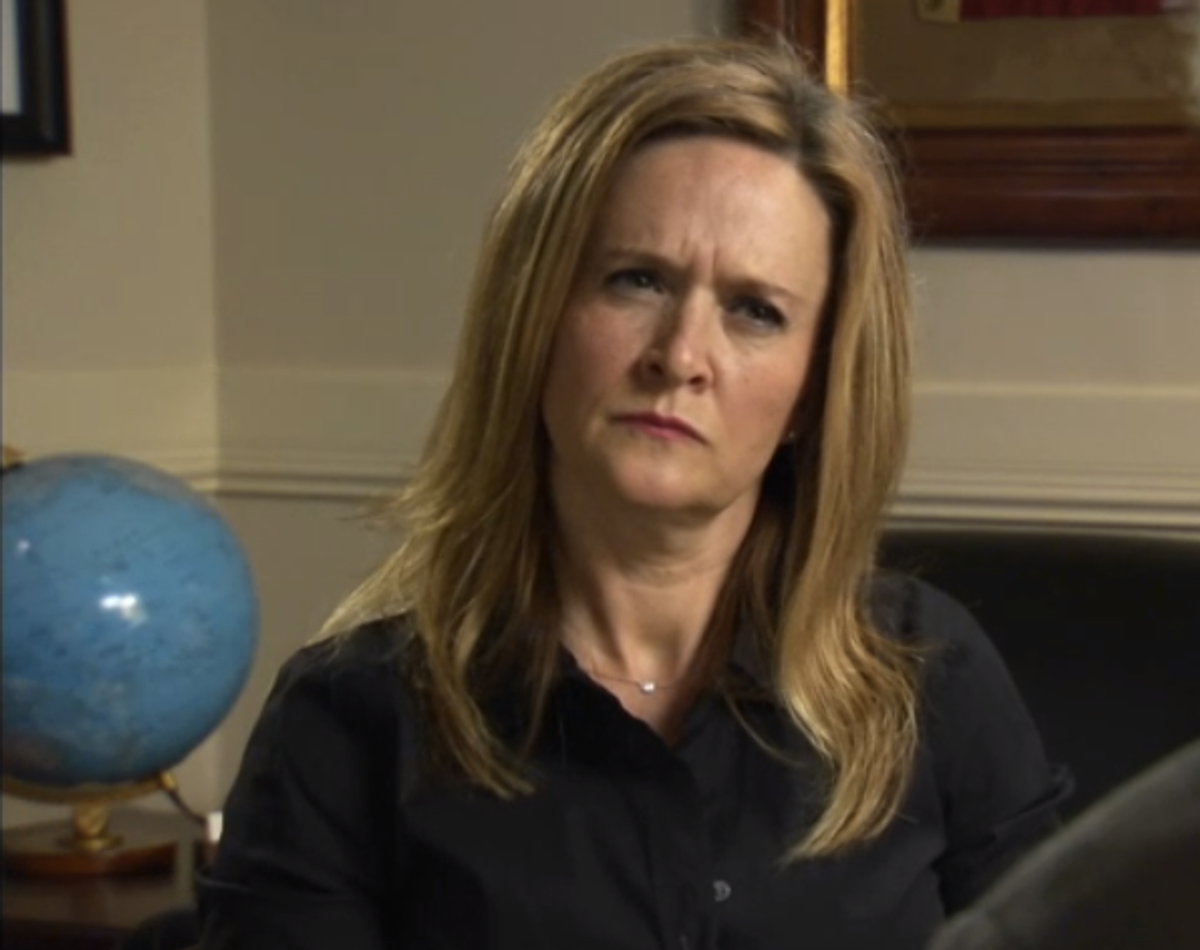 Colbert's anointment as the new host of "The Late Show" might be a good thing for CBS, but it will leave a gaping hole in Comedy Central's late-night lineup. Fortunately, the network happens to already be home to one of the best satirical comedians in the biz: Samantha Bee. As "Most Senior Correspondent" on "The Daily Show," Bee's eyebrow-cocked, confidently erroneous right-wing persona is a consistent highlight. In a late-night landscape dominated by men, Bee has been shining on the sidelines for the past 11 years. So Comedy Central, it's time to put her in the hosting chair. As proof of her ample interviewing skills, here are some highlights:

"Are you just experimenting with reason?"  Samantha Bee interviews the only Republican congressman to vote against the shutdown, Rep. Scott Rigell of Virginia.

Here she is skewering Peter Schiff on the minimum wage.

And who could forget her epic segment on why the government should spend millions on penis pumps?

Or her "in depth" investigation of the class split in Zuccotti Park during #Occupy?

There is also the memorable "R-Word" segment...

Perhaps the closest we've come yet to the Bee Report: her one-woman show.