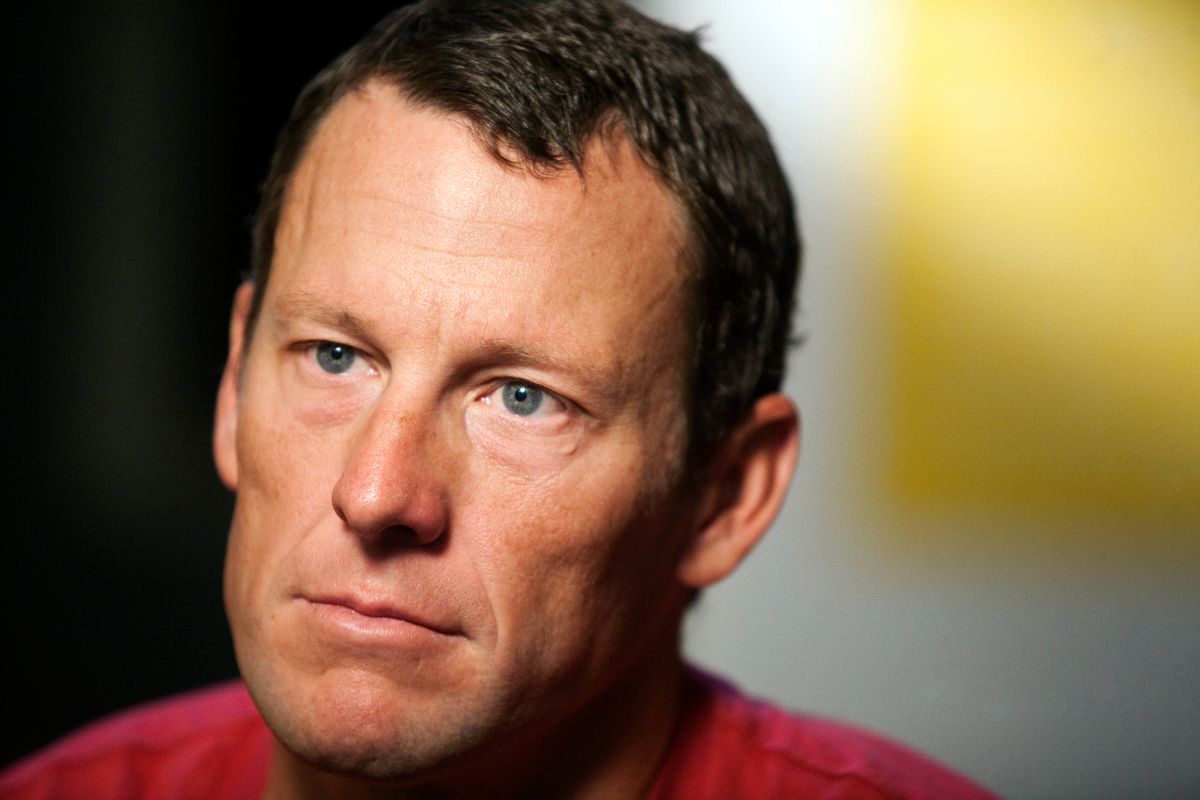 FILE - In this Feb. 15, 2011, file photo, Lance Armstrong pauses during an interview in Austin, Texas. Armstrong has given sworn testimony naming several people he says knew about his performance-enhancing drug use. (AP Photo/Thao Nguyen, File) (AP)
--

AUSTIN, Texas (AP) — Lance Armstrong has given sworn testimony naming several people he says knew about his performance-enhancing drug use, insisting he didn't pay anyone or any organization to keep his doping secret.

The testimony came in written answers to questions in a lawsuit that was settled in late 2013. The previously undisclosed documents were filed this week as part of the federal whistle-blower lawsuit over his team's sponsorship by the U.S. Postal Service that could lead to fines in excess of $100 million.

Armstrong said those who provided him with performance-enhancing drugs included trainer Pepi Marti, Dr. Pedro Celaya, Dr. Luis Garcia del Moral and Dr. Michele Ferrari, all of whom were involved with Armstrong's teams or part of his entourage. He also said team manager Johan Bruyneel assisted his doping. Each of them has previously denied they aided Armstrong's doping.

After years of denials, Armstrong first admitted doping during his career in an interview with Oprah Winfrey in January 2013.

His testimony is part of a lawsuit filed by Acceptance Insurance, which wanted repayment of $3 million in performance bonuses paid to him. Armstrong settled the case for an undisclosed sum before he was scheduled to answer questions in person under oath.

His written answers are now part of the federal whistle-blower case initially filed by Armstrong's former teammate Floyd Landis. The federal government has joined the case.

Armstrong has so far refused to provide sworn testimony to the U.S. Anti-Doping Agency. It was USADA's detailed report in 2012 of drug use by Armstrong's U.S. Postal Service team that led to him being stripped of the seven Tour de France titles he won from 1999 to 2005.

USADA has questioned whether Armstrong paid officials at the International Cycling Union to keep his doping secret. Armstrong has said in interviews that former UCI president Hein Verbruggen helped him cover up doping at the 1999 Tour de France, a charge Verbruggen has denied.

In his written answers, Armstrong insisted there was not payment for a cover-up.

"Armstrong has not paid or offered to pay someone to keep his or others' doping a secret," Armstrong said. "However, Armstrong has, on occasion, provided benefits or made contributions to many people and institutions, some of whom may have been aware of, or suspected Armstrong's use of performance-enhancing drugs and banned methods. Armstrong never provided any such benefits or contributions with the intent for it to be a payoff to keep doping a secret."

Armstrong also maintained his claim that he did not cheat during his comeback in 2009-2010. He finished third in the 2009 Tour de France.