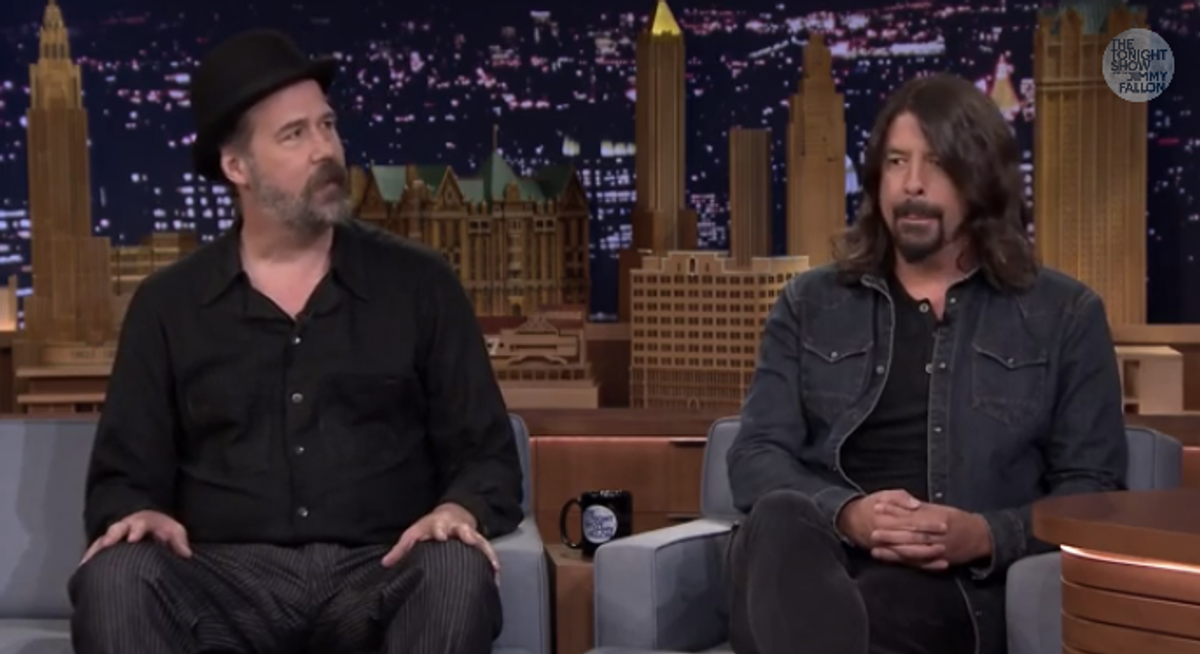 On the eve of their induction into the Rock and Roll Hall of Fame, Dave Grohl and Krist Novoselic, the surviving members of Nirvana, stopped by "The Tonight Show" to remember late Nirvana frontman Kurt Cobain and share some stories about the legendary rock band.

Novoselic talked about being a "weird kid" with Cobain in high school; he and Grohl remembered that one time Weird Al Yankovic called Cobain backstage at "SNL," requesting to do a "Smells Like Teen Spirit" parody; and, about 20 years later, what it was like to perform Nirvana songs with Sir Paul McCartney.

REM frontman Michael Stipe will induct Nirvana into the Rock And Roll Hall of Fame at Brooklyn's Barclays Centre tonight.