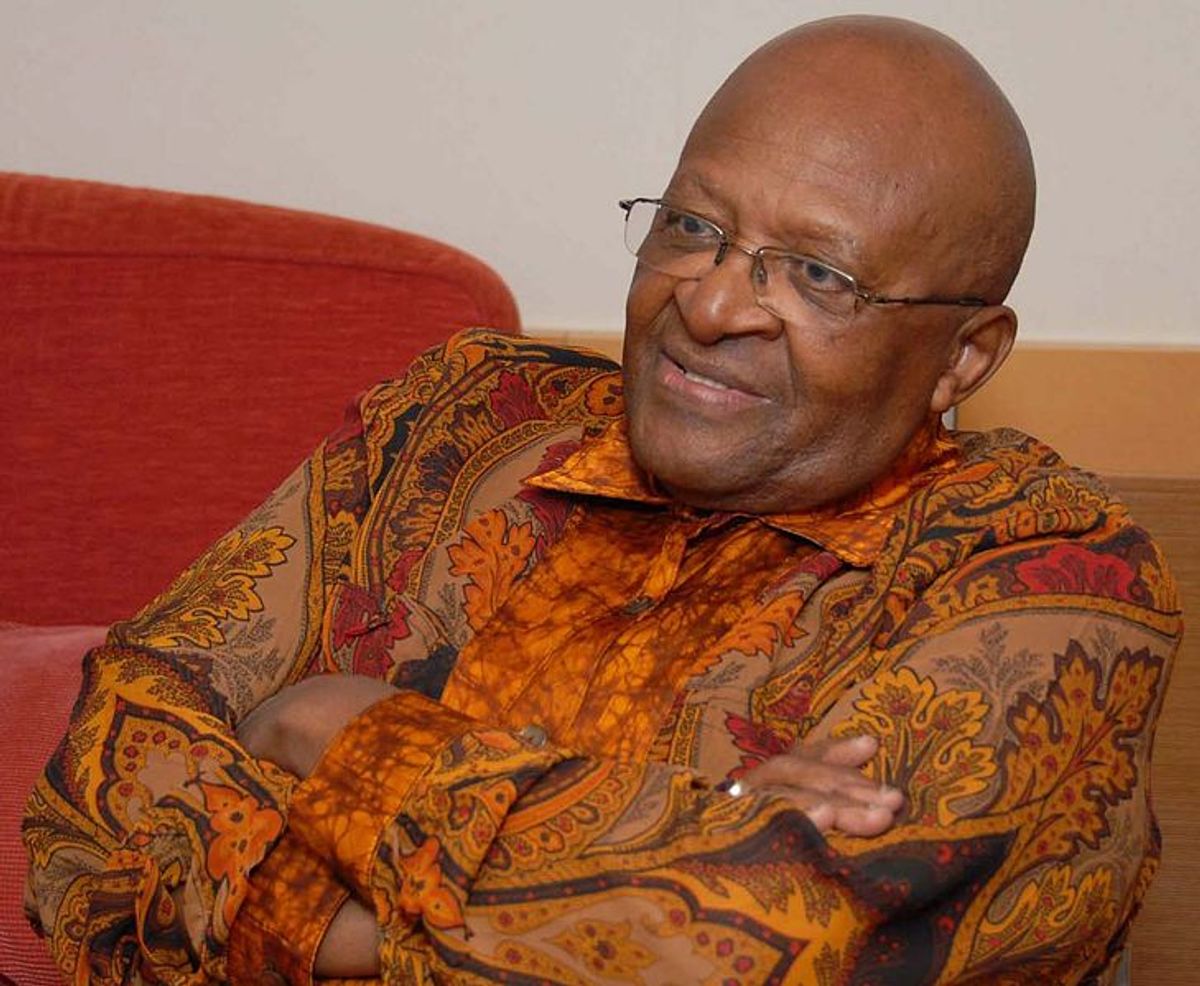 Archbishop Desmond Tutu has thrown his support behind the next generation's divestment movement, arguing that climate change is an injustice that can only be righted by breaking our financial ties with polluting industries.

In an editorial for the Guardian, Tutu, one of the champions of South Africa's anti-apartheid struggle, writes that those same tactics can and should be used again to fight the fossil fuel industry:

Throughout my life I have believed that the only just response to injustice is what Mahatma Gandhi termed "passive resistance". During the anti-apartheid struggle in South Africa, using boycotts, divestment and sanctions, and supported by our friends overseas, we were not only able to apply economic pressure on the unjust state, but also serious moral pressure.

It is clear that those countries and companies primarily responsible for emitting carbon and accelerating climate change are not simply going to give up; they stand to make too much money. They need a whole lot of gentle persuasion from the likes of us. And it need not necessarily involve trading in our cars and buying bicycles!

There are many ways that all of us can fight against climate change: by not wasting energy, for instance. But these individual measures will not make a big enough difference in the available time.

People of conscience need to break their ties with corporations financing the injustice of climate change. We can, for instance, boycott events, sports teams and media programming sponsored by fossil-fuel energy companies. We can demand that the advertisements of energy companies carry health warnings. We can encourage more of our universities and municipalities and cultural institutions to cut their ties to the fossil-fuel industry. We can organise car-free days and build broader societal awareness. We can ask our religious communities to speak out.

Tutu's editorial comes on the eve of the release of the next IPCC report, which will both urge the world to take drastic measures to reduce emissions and carry the warning that we're running out of time to do so. Divestment, he writes, is one of the responses already underway that can help get us there. "We cannot necessarily bankrupt the fossil fuel industry," he admits. "But we can take steps to reduce its political clout, and hold those who rake in the profits accountable for cleaning up the mess."