Breitbart.com editor argues that pretending to be conservative is like being outrageously racist 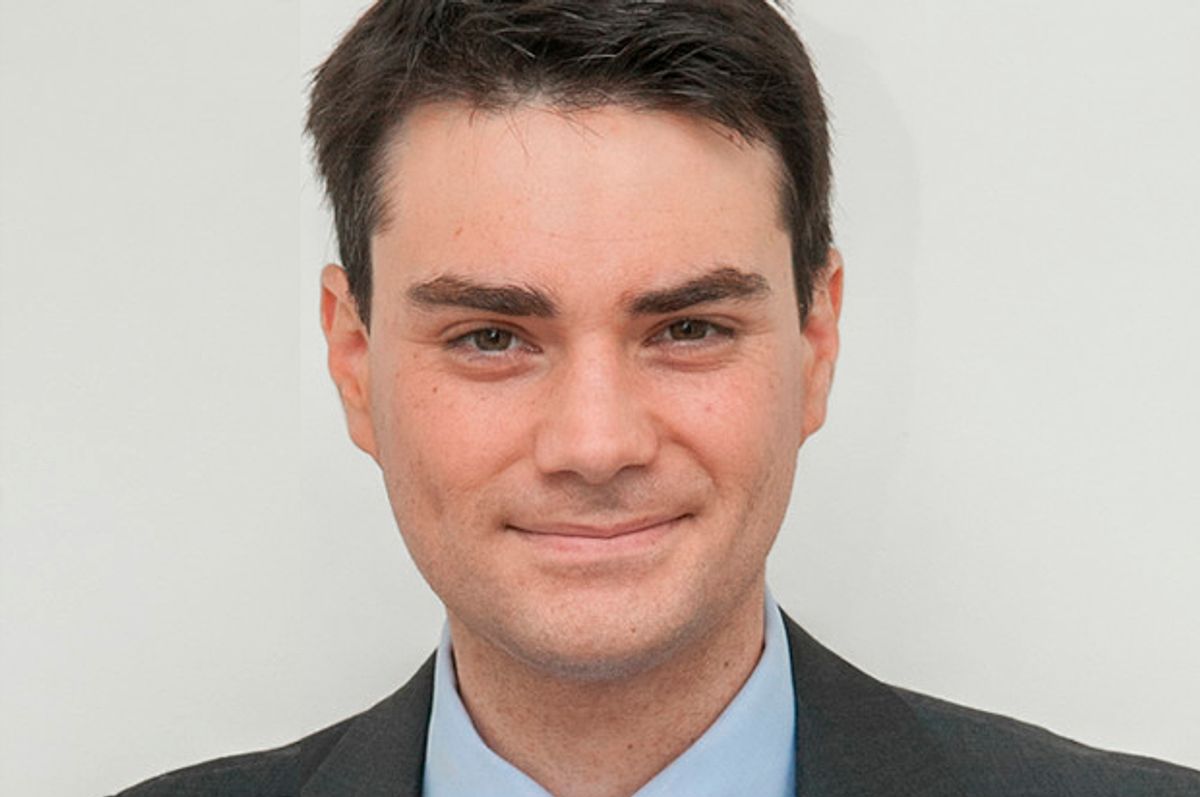 As Thursday drew to a close, many could be forgiven for assuming that the right wing's biggest freakouts over CBS's hiring of Stephen Colbert had already occurred, and that essentially no one was going to be able to top Rush Limbaugh when it came to wild hyperbole on the matter. But then Breitbart editor Ben Shapiro posted a new article about Colbert at his media watchdog website Truth Revolt, and all that changed — forever.

Shapiro has long distinguished himself for writing unhinged, idiotic and hateful things. He tried to smear Chuck Hagel by saying the former senator had a relationship with a group called Friends of Hamas, for example. Such a group did not, does not and likely will not exist. He's urged Israel to engage in ethnic cleansing. He's argued that there's no discrimination against LGBT people in America today. The list goes on.

His latest act of beclowning, though, may be his best/worst yet. After sending off multiple tweets of pouting outrage over Colbert's hiring earlier in the day, Shapiro penned a column that argued that Colbert's shtick of pretending to be a conservative pundit while acting like a bigot and fool was the moral equivalent of performing in blackface.

Here's a link to the article, but in the interest of persuading you not to click it and give Shapiro the pageviews, here's a screen grab of the piece, which more or less gets its moronic, insensitive and hysterical message across: