Rough sex can be empowering for women, too 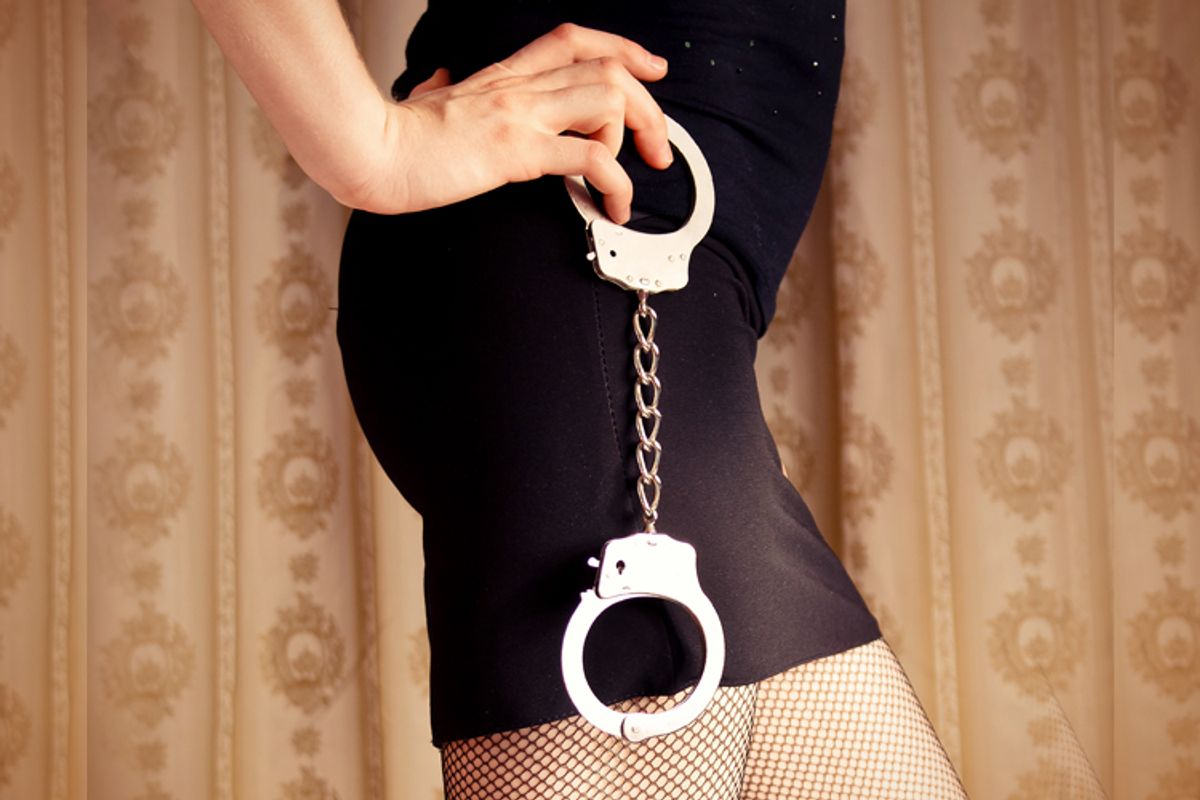 Amanda is a tall, slender musician, whose sweet countenance and nerdy glasses belie the filthy things that come out of her mouth at times. "I've never felt as strong and alive and human as I've felt when somebody was fucking me with my face pressed up against my bathroom mirror,” she tells me.

Amanda thinks it is: “I do find it empowering, both as a top and a bottom--I think that power is not something that people, especially women, are super accustomed to either feeling purposefully or are encouraged to savor as such.”

Kate, a theater director, agrees. “I think any act of the body that is chosen, not coerced, is inherently empowering. I'm exercising my own agency, my power over my own body. And there the power is in choosing to lose myself in the moment, to yield.There's something very fulfilling in trusting [my dominant partner] to push me farther than I can go myself.”

Meagan, who works in the tech industry, also echoes that empowerment is about choice. “I'm successful and in control the rest of my life, so making the deliberate choice to hand over the reins to my male partner for a small amount of time is so hot.”

Of course, rough sex isn’t for everyone, but that doesn’t mean it should be taken off the table entirely or derided. Nothing is for everyone, after all, not even sex itself (just ask an asexual person). “I'm not always in the mood for it,” Kate attests. “And I would never be comfortable getting thrown around if it wasn't my idea. I would certainly never advise someone to have rough sex if it didn't genuinely turn them on. But I'm all for respecting an adult's agency.” Agency and choice are two key words often championed by feminism, yet sometimes they don’t translate when it comes to the other F-word, and some feminists find rough sex to be, well, sexist.

Barring the fact that it is “legitimately enjoyable” for some people--“Sometimes I burst into tears from how hard I come. It's wonderful, such a catharsis,” Kate says--Lorde is playing into a common criticism leveraged against rough sex. Namely, that it somehow implicates one’s activities outside of the bedroom, i.e., giving up power in the sack means you’re also giving it up in the world. Or worse, that you’re somehow contributing to existing oppressions that rely on power or dominance. But that couldn’t be further from the truth. The sex you like doesn’t dictate who you are.

“Rough sex is not passive. It’s not accidental...it’s active, it’s engaged, it’s highly connected, it’s the worshipping of your partner’s body and all their fluids. It's hot, raw, animal-like sex. It's primal. To tear away all of those cerebral societal shrouds of shame that veil our sex negative culture and simply listen to our bodies and be fully present in the moment with our partner/s--well, that is quite an exhilarating and empowering experience.”

Kitty, who works for a real estate firm, cautions against linking any sexual expression to “feminist” or “not” because “it somehow suggests that certain expressions of sexuality, despite being consensual should be relegated to a particular gender.”

Lorde’s essay also seems to suggest that power imbalances in general are bad or harmful and we should strive for egalitarianism whenever possible. This makes sense in certain arenas--certainly there are many horrible and horrifying power inequalities in the world, but what they have to do with being spanked by one’s partner of 10 years, I don’t know. Plus, a world without dominance and submission is not possible. A parent and child relationship depends on power imbalances, and for good reason. Teachers and students, older and younger siblings, people who work at the DMV vs the rest of us unlucky shmoes, and on and on. Without roles, there would be chaos. If anything, rough sex, with its rules and safe words and consent and trust, is subverting some of that emotional chaos and making it manageable, enjoyable, safe. “Power can be sort of a negative buzz word,” says Amanda, “raising images of capitalist assholes or domineering bosses, but as an experience it can be very different than those things, if it's used carefully and with knowledge.”

It should also be noted that, while the ladies I talked to all enjoyed submissive sex, almost all of them enjoyed dominant sex as well. Their desire wasn’t an all-or-nothing endeavor, but much more nuanced, which is also something that tends to get left out of the conversation when it comes to rough sex (and sex in general). Amanda said, “To feel power is heady and not something I'd want to do all the time, but in doses it has made me a much more confident self-aware person. The boundaries of who I can be are larger, which gives me more flexibility to explore different aspects of my personality.”

The most compelling argument in favor of rough sex is also a feminist one: Taking ownership of one’s body and pride in one’s sexual fantasies. That’s a kind of power I think most of us can get behind.

Madison Young perhaps said it best, “Nothing feels more feminist than the loud howling scream of a pleasure induced orgasm.”