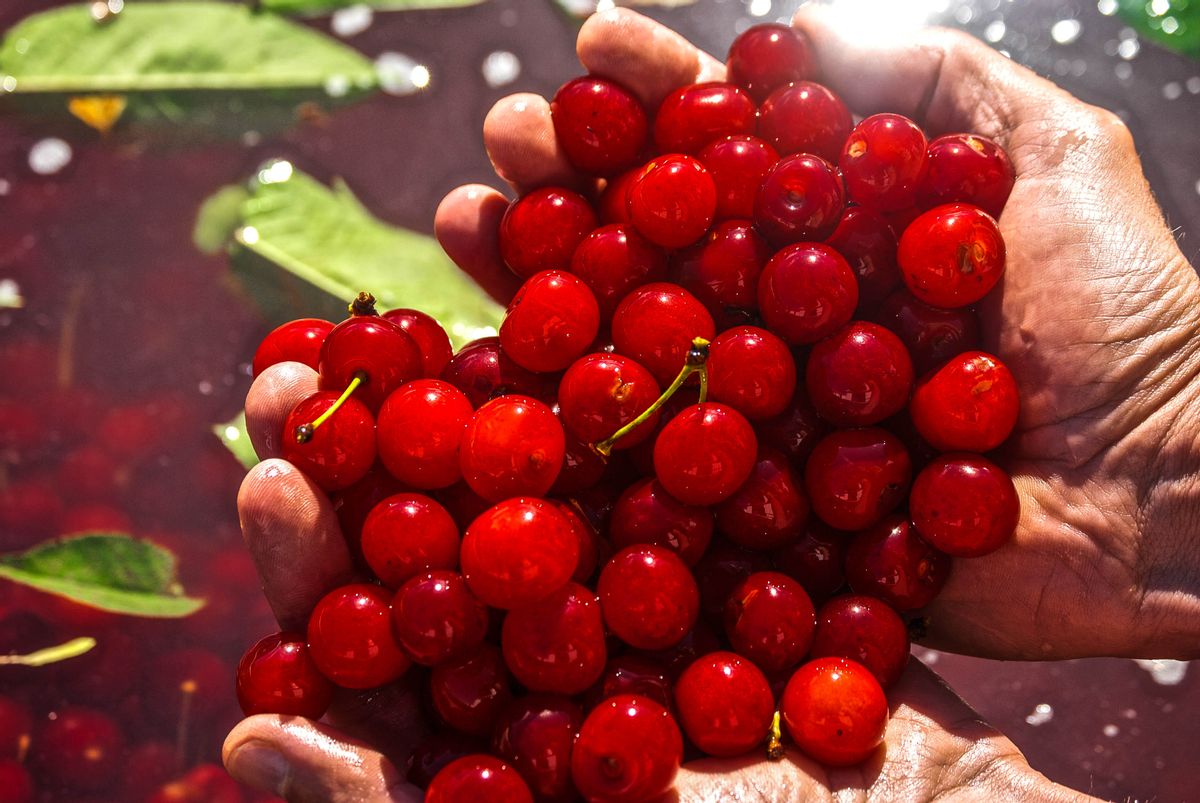 This is the final article in the series "Stories from a Warming Planet," sponsored by Showtime. Click here to explore other articles in the series.

Life was just a bowl of cherries for Cherry Republic president and founder Bob Sutherland, until a recent string of heat waves wreaked havoc on a longtime industry.

The arrival of cherries is one of the first signs that summer has arrived; unfortunately sometimes too early. These luscious stone fruits tend to grow best in areas with cold winters, like northern Michigan, where cherry enthusiasts are especially passionate and proud suppliers of this seasonal treat despite ongoing challenges posed by climate change. Some 25 years ago, Bob Sutherland launched Cherry Republic as a homegrown T-shirt business from the back of his car; it has now blossomed into a line of some 170 cherry products. Headquartered in Sutherland’s hometown Glen Arbor, which has the honor of being the top cherry-growing county in the nation, Cherry Republic is more than just a retailer, it’s a business dedicated to preserving and celebrating the region, from lakeshore beaches to fresh-baked pies. A champion of local cherry farmers, Cherry Republic has seen the havoc heat waves and unseasonably weather can cause firsthand. Says Sutherland, “In March 2012, we had a one-week heat wave that caused our cherry trees to bud six weeks early. The trees budded early in frost season, so by April, all the buds were killed and this killed our cherry crops too. Less than five percent of our cherry crop was harvested that year. It was devastating.” Likewise, excessive rain and high temps can also cause skin on ripening cherries to crack open and destroy crops. Faced with these conditions, Sutherland has had to improvise, “As marketers of cherries, we survived by purchasing all the cherries we could find from the 2011 crop, purchasing Polish cherries, and finally, selling a substitute dried cranberries.”

As a joke, one of his employees (who also happens to be his mom), would wear a T-shirt to work reading “The owner is a simpleton. Selling more than one fruit would be too complicated for him.” However, what started out in jest has now become a stark reality for the company. To deal with changing and unpredictable supplies, Cherry Republic has had to diversify. “We are selling more cranberries and grapes,” explains Sutherland. However, Sutherland is doing what he can to combat climate change. He says, “We have solar thermal hot water in our main storefront and high efficient radiant heat, but it’s still not enough. We’re building a LEED-rated plant this year.” While he has managed to keep his business thriving in the Glen Arbor flagship and satellite stores in Traverse City, Charlevoix, and Ann Arbor, Cherry Republic has also donated more than $900,000 to good causes in northern Michigan. For him, along with selling his favorite fruit, he’s dedicated to preserving the tradition. “We used to say in the industry that we would have a crop wipeout every hundred years, but now it might be every decade. But it might be worse. If it is worse, I think many farmers will get out of cherries,” says Sutherland. However, there is also some hope. “Some might have to do some expensive frost protection plans like putting up plastic screening to cover the buds during a high frost.”

While some feel heat waves are cyclical, Sutherland is resolute: “Mankind has affected our climate. Through our wasteful activities, we have formed a blanket around the earth that holds the heat in and every year gets thicker.”