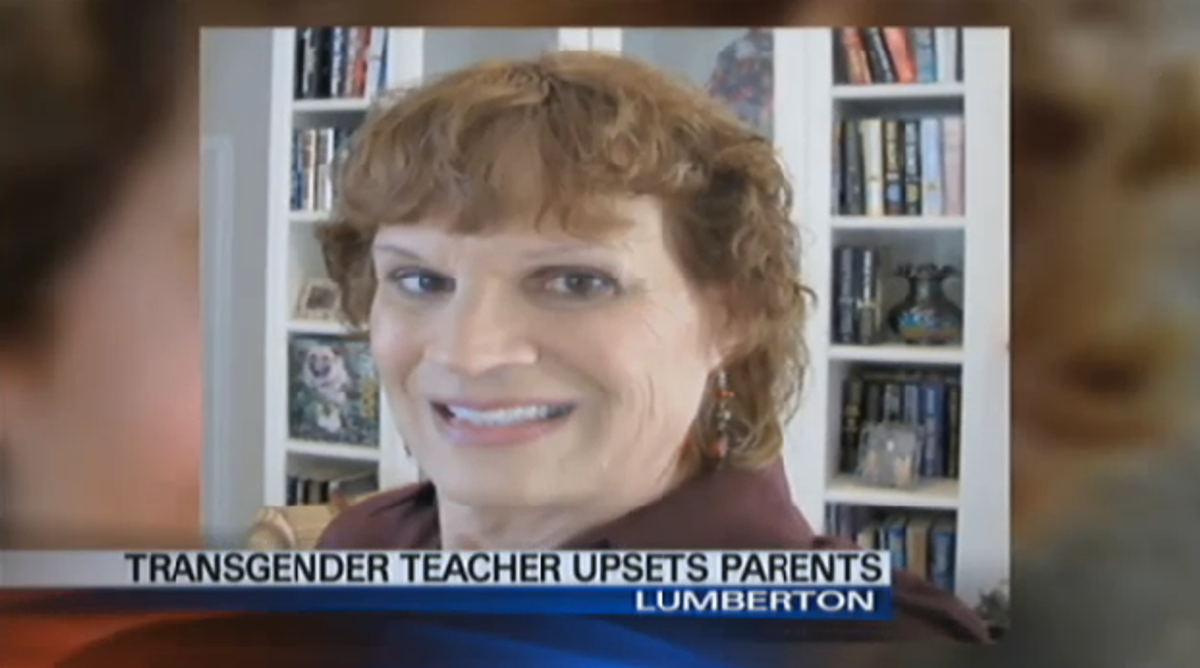 A substitute teacher in Texas has been suspended by her school district simply because she is a trans woman.

Laura Jane Klug, who has substituted with Lumberton Intermediate School in the past, told local news station KBMT that she was overseeing a fifth grade class last week when parents complained about her presence in the classroom.

One of these parents, Roger Beard, told KBMT that his son was "too young" to be "exposed or dealing with this."

One assumes that by "this," Beard means the very existence of transgender people.

Beard, by the way, noted that he doesn't have a problem with transgender people. He just, apparently, doesn't believe they should be able to have jobs.

But not every parent in the community shares his sentiment.

"My son knows who he is and I don't think any outside influence is going to change that," said Jammie Marcantel, another fifth grade parent. "I don't worry about my son."

In addition to the parents who find Klug's suspension to be blatantly discriminatory, local LGBTQ advocates have stepped in to support her.

Vilan Sells of Lamar Allies, an LGBTQ rights group from Lamar University, urged parents that, "Education is all about holding up a mirror to society showing children what real life is and a transgender individual is a part of real life."

The school district has confirmed Klug's suspension, but has not commented on the case. According to Klug, there will be a school board meeting Thursday night to discuss the matter and vote on her continued employment.