Why I'm an out, bisexual dad

For years, my wife and I kept it secret. Finally I realized I needed to be open about my life to be a good father 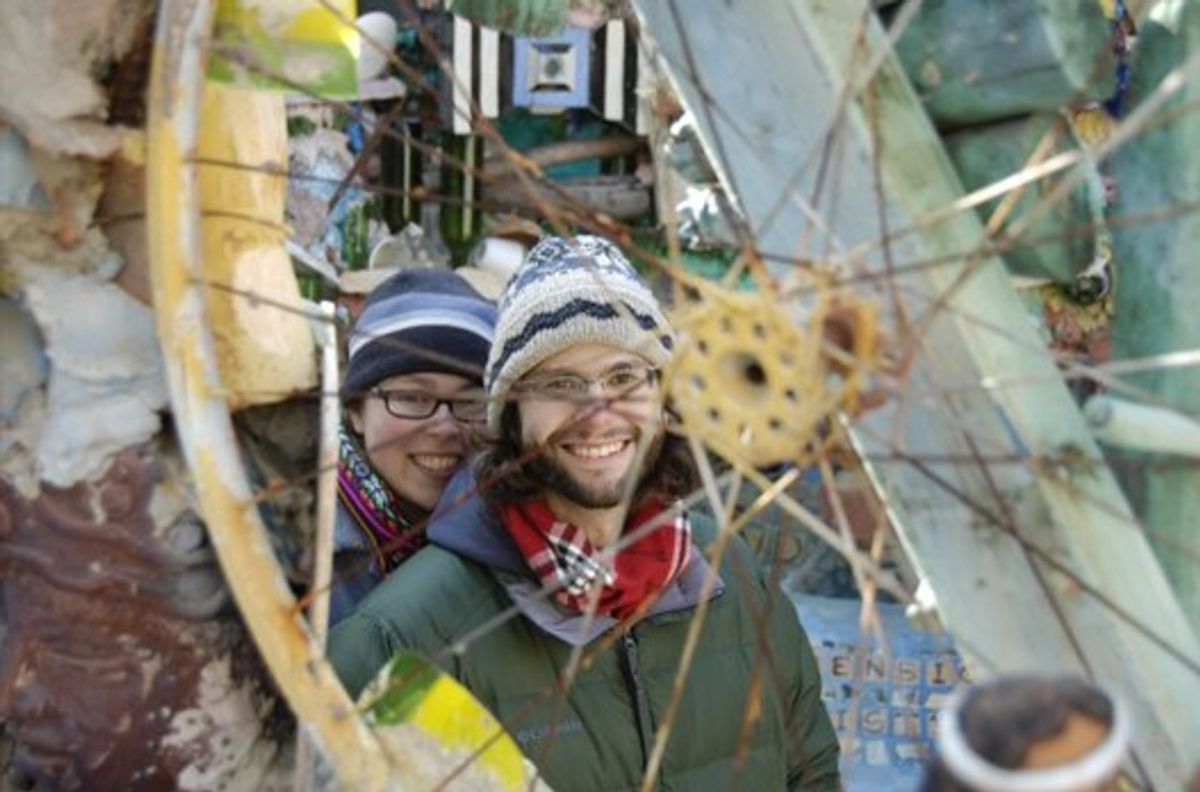 My wife and I started our family a few years ago. I was nervous about becoming a father, but that felt healthy. It helped to focus our minds and prepare as well as anyone can. What became clear was that we were actually more ready than we thought.

Classes and books seemed silly to us. People suggested techniques like simple massage and touch, open communication, being receptive and empathetic to each other’s feelings and emotions, and we discovered that we had already incorporated these ideas into our relationship, and we understood that these would become even more important once our daughter was born. We realized that simply being in a healthy family would be a tremendous advantage to her…and would give her the best opportunities.

So what does a father provide for his daughter? In her infancy she needs him to be present. There are the basics, like feeding and diapers. But time spent face to face– just being there; being silly, being you – is what counts most. Things will get more complex as she grows, but in the beginning that’s all it takes.

Of course I’m making it sound easier than it really is. Just be there. Just be yourself. Doesn’t that mean you have to know yourself? That you must be confident in who you are? Of course it does. Providing for a baby is as much about introspection and self- understanding as it is about understanding the child. One precedes the other.

Speaking of self-awareness…I’ve struggled with depression in my life. I spent most of my young adult life being anxious about social situations, which then led to low activity levels, and eventually turned to depression.  I worked hard to overcome the depression, to learn the coping tools to help me process and fight those troubling feelings. This work helped convince us we were ready to be parents. In addition, we had our family around for support; we both had stable good careers. We were a part of a loving community and we were ready for that community to include our child.

Having the tools to cope with anxieties is wonderful. You can’t be a father when your own issues are clouding your thinking. But tools are for construction. You don’t live in the toolbox, you live in the house you build with it.

The house we built, our marriage, is a mixed orientation marriage: A bisexual husband and heterosexual wife. Through building this wonderfully strong relationship and life together I learned the source of my anxieties. Call it minority stress, or the closet, bi- erasure or bi-phobia; internalized or externalized, it was the source. It was sitting there staring me right in the face and I was too afraid to deal with it.

A lot of bi people question why coming out matters, especially those of us in committed relationships. They say it’s nobody else’s business or that they don’t want to be an activist, drawing lots of attention to themselves. They don’t want the family stress, or to deal with this personal stuff in the workplace.

For a while that’s how I lived. I was out in that I wasn’t hiding it and my wife knew. For a while that was good. I had a safe home base when I needed support. But my wife and I are lovers and best friends. We’re two parts of a whole. I began to feel like I wasn’t out of the closet…in fact my wife was in it with me.

The depression began to return. No matter how open I was I couldn’t escape the feeling that I was invisible between the straight and gay world. Having one person who understood just wasn’t enough. In fact, it made it feel like a secret again, and that hurt. The whole reason I came out to my wife so many years ago was so I could feel like a whole person—without a secret identity. Coming out to her supported that reason.

That’s about where I was when we were planning to become parents. I was an out bi man in our social circle, feeling more confident in my identity and life, but still keeping it secret from our families. I was out, but not far enough, and there was something happening in my life that would force me to deal with it again.

Force is the wrong word. I didn’t have to. But I also didn’t have to be there for my daughter. After all, plenty of guys have faced tough challenges and run away. Nobody was going to force me to do anything.

But was it the right thing to do? Was it what I wanted to do? I want to be a dad, and I want to be a role model. I want to be a provider– a good one not just a competent one. I want to be a mentor and a friend when it’s appropriate and be able to teach the tough lessons she’ll need to learn. It’s a scary proposition, but one most of us embrace. The benefits and rewards from parenthood outweigh the fears or insecurities.

While I’m rolling all of this around in my head a youtube video crosses my social media path. It was Ash Beckham’s TEDx talk. What is a closet if it’s not just something hard we need to do? And we knew all about the stress she was talking about; the “grenade” I was holding.

I’ve said we were ready for a child, but even a complete dunce knows explosives and babies don’t mix. I needed to pull the pin and let it fly. All of the times I had come out before, maybe except with my partner, felt like practice for this one. It became easier with each friend or discussion group, but there was always a known bit of safety there. I knew my friends loved me and I knew a support group would be supportive. Talking to my family and the world at large was an unknown. Facebook was the quickest, most direct, and most wide reaching medium I had and I used it.

Here’s what I learned: I am loved.

The world is welcoming and accepting and curious and diverse. And my concerns about not being able to be there completely for my family if I was closeted were confirmed. There is no one thing I could put my finger on. It has nothing to do with sex. It had everything to do with my mental health.

After coming out so publicly I noticed things changed. I was confident. I was happy. I was able to hold my daughter, coo with her, and feel a genuine and complete joy. I’m sure I would have done the same had I not come out. But that thing I can’t put my finger on? It could be sensed.

When all you have is nonverbal communication with an information sponge they will learn who their dad is. Not just what he says, but how he behaves, how he picks up on needs and responds. A depressed and withdrawn dad can’t teach their daughter to be happy. In the closet he’s only slightly all of who he is in his own head and he’s not coping with himself in a healthy way. A good role model is never false. And a daughter, especially with the innocence and matter-of-factness of youth, will see right through falseness.

I may continue be an outspoken person in the bi community– in my community. I have the strength to speak out and share some strong ideas and opinions. But that’s not why I came out. I’m hurt when I see struggling teens, and in the bi community just as many adults, who are stepping out of the closet into unfortunate situations. Or the many more who hear about all the complications and staying closeted to avoid them, perhaps unnecessarily like I did.

So I think what we can do as fathers is simply our best, most honest, genuine, and truthful job at showing the world to our children so that they can take it and make it a better one. For me, that means being an outspoken bisexual man and husband, among other roles. It means living my truth proudly so I can grow to my fullest potential, and show my child how to grow into hers.