After once having to resign as guv over a corruption scandal, Rowland's in trouble with the law yet again 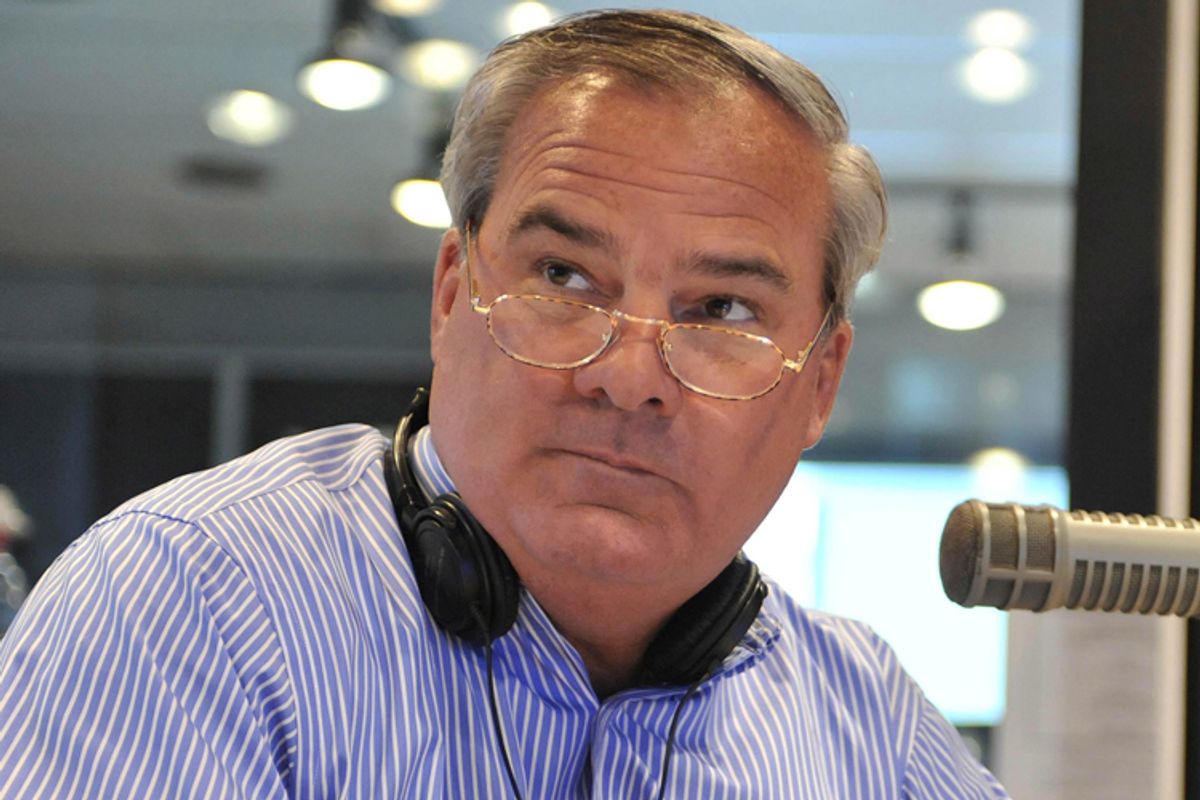 After resigning from his radio show last week amid rumors of an ongoing investigation, former Republican governor of Connecticut John Rowland was indicted on federal charges on Friday for allegedly attempting to conceal his paid work on two separate congressional campaigns.

The indictment by a New Haven grand jury is on seven counts. It alleges that in 2009-2010, Rowland did paid work for a congressional candidate in Connecticut's 5th District without informing either his radio show audience or the FEC. It also alleges that in 2011-2012, Rowland pulled a similar move, this time receiving money for pretending to do work at a nursing home owned by the husband of candidate Lisa Wilson-Foley.

According to the indictment, Wilson-Foley wanted Rowland's help but worried that, given his previous incidents with the law (for which he served 10 months in prison), associating him with her campaign would bring negative repercussions. For his part, Rowland wrote in an email that he "want[ed] to stay under the radar as much as possible." Rowland is alleged to have ultimately received $35,000 from the campaign, money he did not disclose to the FEC.

Rowland's total charges carry a maximum of 50-plus years in prison if convicted.

After he was released from prison, Rowland promised "to be a better person" and landed a job as an economic development coordinator. He also became a popular AM radio commentator.

Lisa Wilson Foley and Brian Foley pleaded guilty last month to charges they violated federal campaign laws in connection with the scheme. At the time of the guilty pleas, a spokesman for the U.S. Department of Justice confirmed Rowland was an unnamed co-conspirator in the case.

Wilson-Foley, who lost the Republican primary, and her husband each face up to one year in prison and a fine of up to $100,000 at sentencing.