Instead of Colbert, CBS should have hired Louis C.K.

Sure, he might look like just another middle-aged white guy. But he would have been a genuinely subversive choice 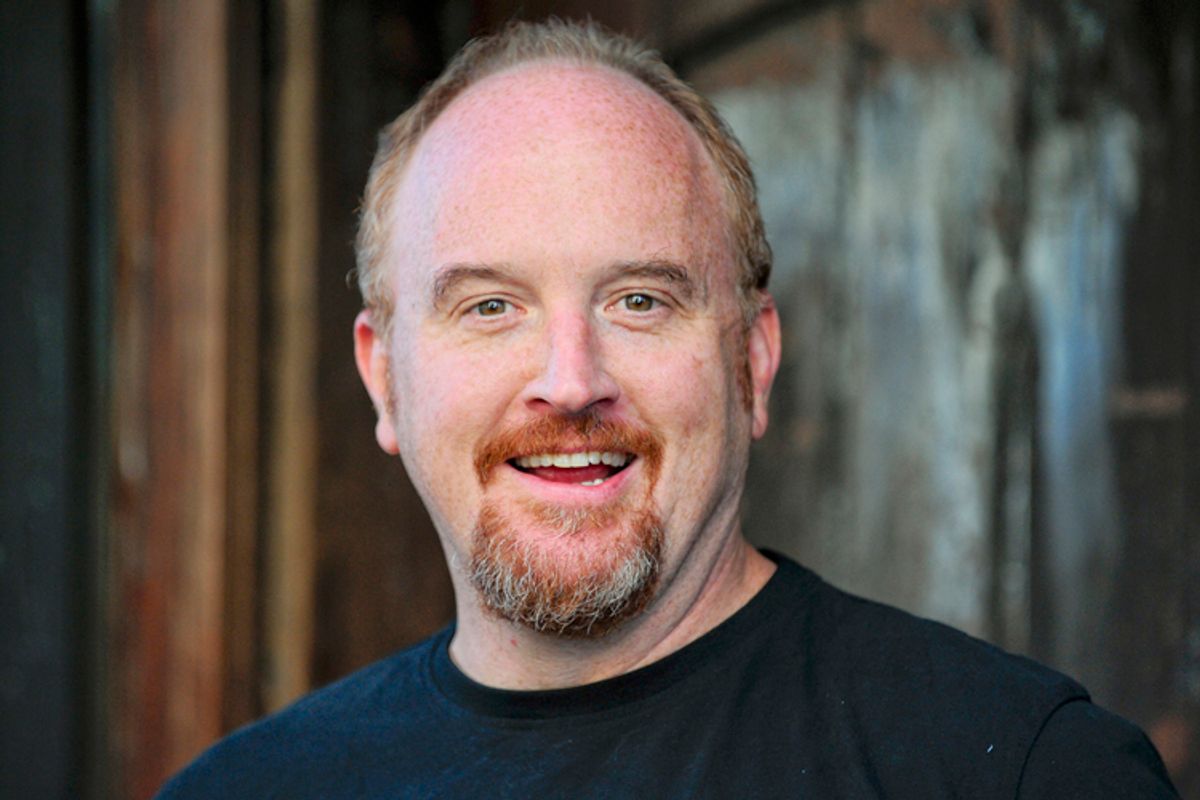 As every sentient being in the developed world now knows, CBS has selected Stephen Colbert to replace David Letterman on "The Late Show" in 2015. I’m willing to accept that this decision matters to a lot of people, and that it contributes to the ongoing trend in which comedians serve as our nation’s de facto moral backstop. And Colbert may prove to be a lot more adaptable as a comedian and host than his blowhard persona on "The Colbert Report" would indicate. I wouldn’t bet against the guy.

After all, he’s the single American citizen who had the guts to stand up in front of George W. Bush and tell him what a sadistic ignoramus he actually is. And, furthermore, to dress down the Washington press corps for being a bunch of egomaniacal lapdogs. But I can’t have been the only one who greeted this news with a twinge of regret. Because the person I wanted to see replace Letterman was Louis C.K.

Sure, Louis looks like just another middle-aged white guy. We clearly have no shortage of those in late-night TV. But he still would have been — unlike Colbert — a subversive choice for the job, though still one with enough mainstream appeal to avoid alienating audiences. His hiring would have been a delicious example of life mirroring art, too. When Letterman first announced his retirement, those of us who know and worship Louis C.K. no doubt thought about the masterful two-part episode from the most recent season of his FX series, "Louie," in which he is mysteriously sucked up from his life as a struggling comic and asked to audition for a spot as the new host of "The Tonight Show." In this case, though, the real-life version would have been a form of vindication. Louis would have actually gotten the big network gig, rather than being used as a pawn in a larger game of showbiz chess, as he is in the show.

But the more important reason I was rooting for Louis is that, for the past five years, he’s been speaking truthfully, in a way few others have, about the private anxieties and terrors of a population too well insulated from their internal lives. He’s willing to attack the basic disease of American life — a kind of entitlement psychosis that arises from loneliness and fear. When he goes off on smartphones and texting, he’s not just doing observational bits. He’s lamenting the erosion of empathy in our culture, and the private sorrows that send people scurrying for their distraction devices. His riffs are full of rage. But they are also astonishingly tender. They challenge the audience rather than reassuring us of our good habits of thought and feeling. He’s not afraid to confess to ugly sentiments that the rest of us (for fear of disapproval) keep tucked away. And this is exactly the kind of complexity and self-awareness that the current late-night TV landscape, with its happy talk and winky jocularity, needs.

Colbert, meanwhile, has built his very successful career on mimicking the outward signs of subversiveness while rarely managing to genuinely affront or surprise. As a cultural force, his persona is benign precisely because it is so predictable, and so fully cloaked in the reassuring veneer of shtick.

But like Lenny Bruce and Richard Pryor and Bill Hicks before him, Louis C.K. projects the vibe of a compulsively honest guy drowning in a sea of bullshit. It would have been thrilling to see him bring these radical impulses to a venue that is ruled by the orthodoxies of Hollywood bonhomie. (Crack a few topical jokes. Banter with the celebrity bandleader. Interview the starlet about her new project. Play a silly game. Roll credits.)

Alas, what’s exciting about Louis C.K. — the dangerous, anarchic quality of his mind — is also what would likely keep a giant corporation from hiring him. And why, in the end, he probably wouldn’t want the gig. Our most prophetic voices need some wilderness to shout against. So maybe, in the end, I should be relieved. It would have been a real bummer to see Louis C.K. tamed.