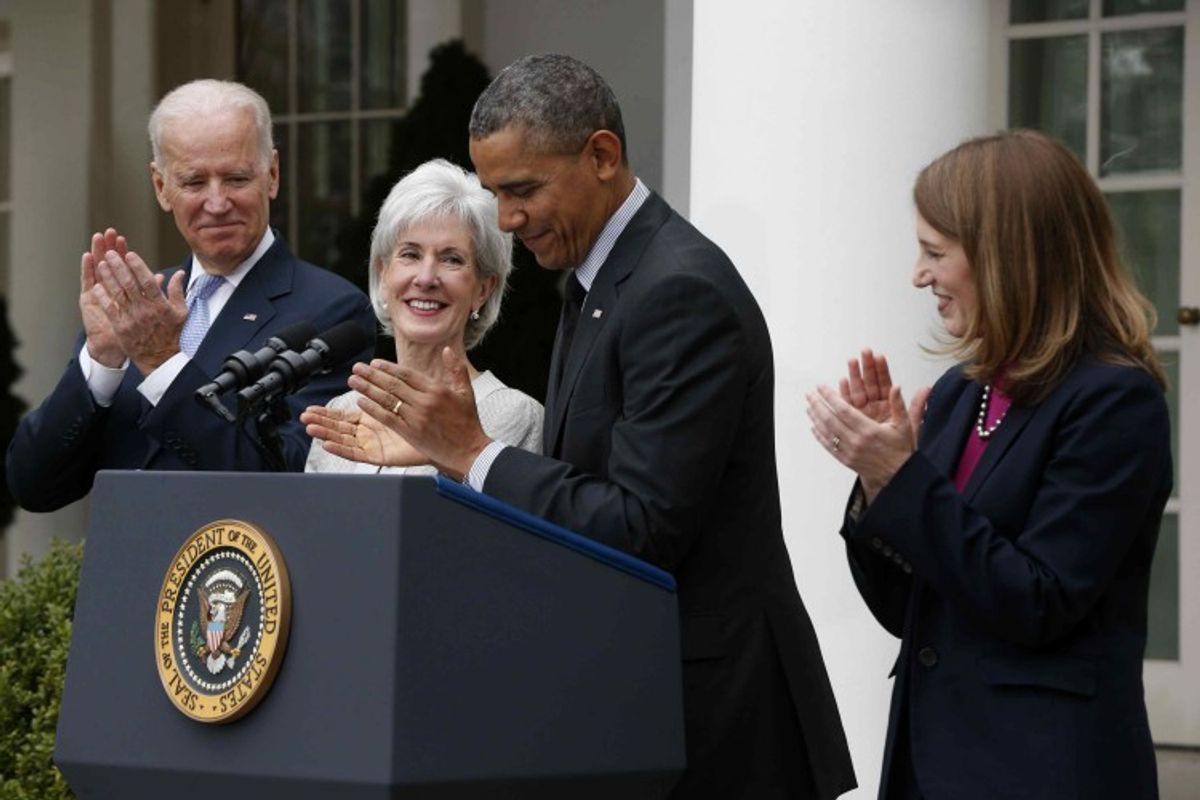 President Barack Obama and Vice President Joe Biden stand with outgoing Health and Human Services Secretary Kathleen Sebelius, second from left, and his nominee to be her replacement, Budget Director Sylvia Mathews Burwell, Friday, April 11, 2014, in the Rose Garden of the White House in Washington. The moves come just over a week after sign-ups closed for the first year of insurance coverage under the so-called Obamacare law. (AP Photo/Charles Dharapak)
--

Even though March saw Obamacare ultimately surpass its enrollment goals, Kathleen Sebelius' tenure as head of the Department of Health and Human Services will forever be associated with the HealthCare.gov website's disastrous debut.

So perhaps it was fitting that Sebelius' farewell speech featured a HealthCare.gov-style "glitch" of its own.

Midway through her goodbye address, Sebelius, while discussing how much she values the words of support she's received from the public during her HHS career, paused for an awkward moment. Looking up from her prepared remarks, the former governor of Kansas deadpanned to the small crowd, "Unfortunately, a page is missing."

The audience laughed and Sebelius immediately transitioned to a more informal, off-the-cuff style of speaking. All in all, a minor hiccup. But in the sense that Sebelius' stewardship of the HHS will be defined many as a story of incompetency followed by a recovery that surpassed expectations, the moment had a certain poetry to it.