Kristen Wiig can't be serious: The pitfalls of comedians jumping to drama

Will Forte may have been perfect for "Nebraska," but Wiig's manic restraint is made for comedy 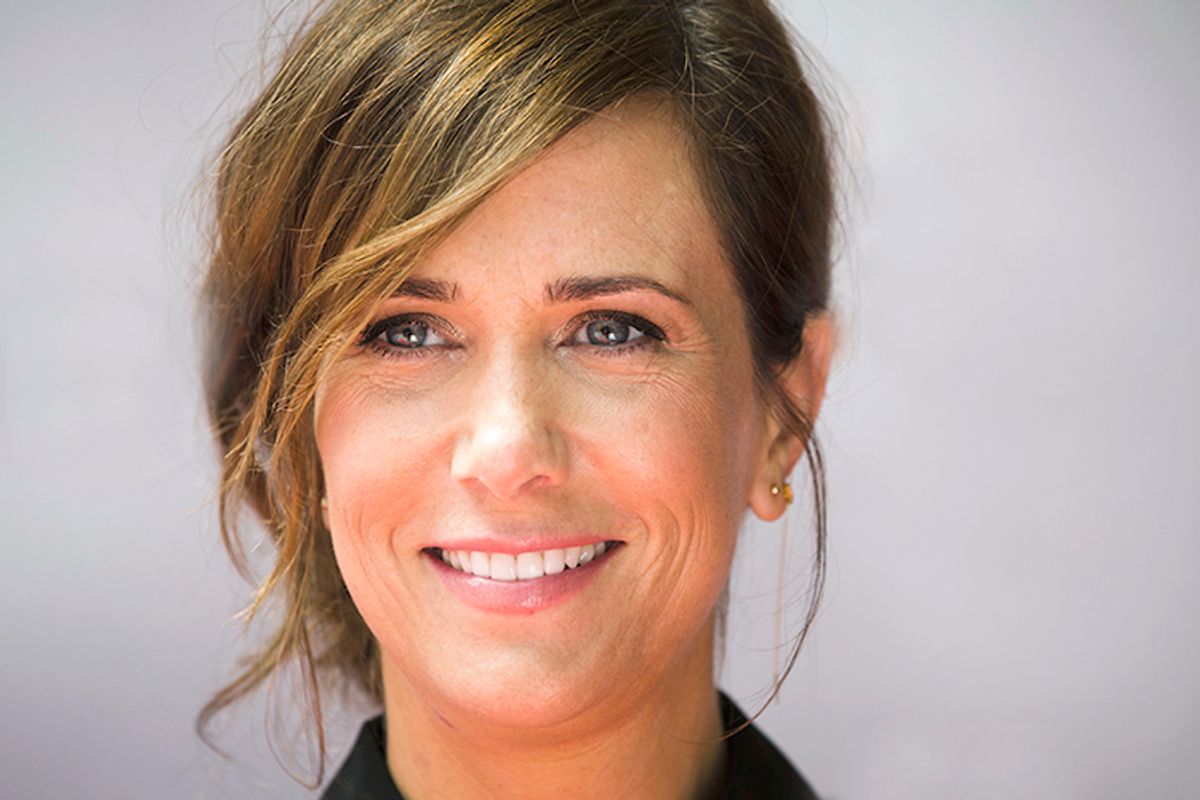 As of today, Kristen Wiig is back on the big screen, but those who are still waiting for “Bridesmaids 2” will likely be frustrated. Instead of showing off her trademark deadpan and tightly contained mania, Wiig plays it straight in “Hateship Loveship,” a new film based on a short story by Alice Munro. Wiig’s character is an almost pathologically mild-mannered woman, adrift in life, who upends her life in order to find love. It feels oddly like a callback to Wiig's most recent movie role: She starred in last summer’s indie-dramedy dud “Girl Most Likely,” in which she also played a woman unable to cope with adulthood.

For Wiig, diving into dramatic roles seems to be a trend. She’s slated to appear in upcoming dramas including “The Diary of a Teenage Girl” and “The Skeleton Twins” – the latter also stars her former “Saturday Night Live” costar Bill Hader. For many Wiig fans, her post-"SNL" career has thus far been frustrating. Her cinematic seriousness of purpose has translated into too much plain old seriousness. And she has become a case study in the potential pitfalls when comic actors make the jump to drama.

Wiig’s performance in “Hateship Loveship” – first making herself subservient to various employers and then to an unworthy man – is so tamped-down, so muted, that it’s almost eerie. “Within an hour it was clear that we thought the same thing about the world of the film, the tone and style of the movie, and the kinds of restraint that would be right for the performance style,” the film’s director, Liza Johnson, recently told Salon. “Restraint” is the right word; Wiig practically forces out each word. It’s a far cry from her hyperactively chatty “Weekend Update” characters like Kat or Judy Grimes. In Munro’s story, her character is described repeatedly as physically plain and uneducated, and you sense Wiig pushing herself to embody someone for whom life has been nothing but flatness. There’s no sign of the classic Wiig character -- wild-eyed, moments away from utterly falling apart -- in this tense, controlled performance. The flatness of affect that served her so well in comedy feels simply flat in the context of drama.

Wiig’s career is quite familiar: a character actress transitioning to small, intimate roles is hardly a new phenomenon. But past comedy stars who’ve transitioned to drama have generally had a fairly long incubation period – think of the decade of Jim Carrey larks before he started aiming for Oscar. It seems, strongly, like a willful attempt on Wiig’s part to do the sort of thing fellow "SNL" alums have done in the past, to prove herself as a serious performer. Will Forte, this past winter, got critical hosannas for his supporting turn in “Nebraska,” and Will Ferrell’s Raymond Carver adaptation “Everything Must Go” was treated with respect if not adulation. Eddie Murphy’s foray into something a bit more serious after years of goofballism very nearly won him an Oscar.

But Forte was so good in “Nebraska” because he managed to register great depths of complicated emotion while still maintaining his great comic timing and understated delivery; his deadpan wasn’t a replacement for drama but a supplement for it. Even in her comedy, meanwhile, Wiig has been reluctant to give the audience any insight into herself: on talk shows, she’s brilliant playing Michael Jordan or Harry Styles in interviews with Jimmy Fallon, but surprisingly withholding in playing the part of herself. Her opaqueness is a great trait for an actress looking to disappear into farce, but a bit tougher when it comes to nuanced drama.

In “Bridesmaids,” which Wiig co-wrote and starred in, she actually did most of the dramatic heavy lifting. She wrote her character to be fairly melancholy, giving most of the laugh-out-loud jokes to Melissa McCarthy and to Rose Byrne. Still “Bridesmaids” proved why Wiig should stick to comedy: It showed just how effective her particular brand of restraint is as an anchor for a purely funny film. There is, to be sure, something refreshing about the way Wiig has made the difficulty of greenlighting female-driven films – famously cited in Cate Blanchett’s recent Oscar speech – an excuse to do spiky, strange work far from the center of Hollywood. It takes a bold star to walk into the unknown and expect her fans will come along. But fortunately, Wiig's always been good at improvising.