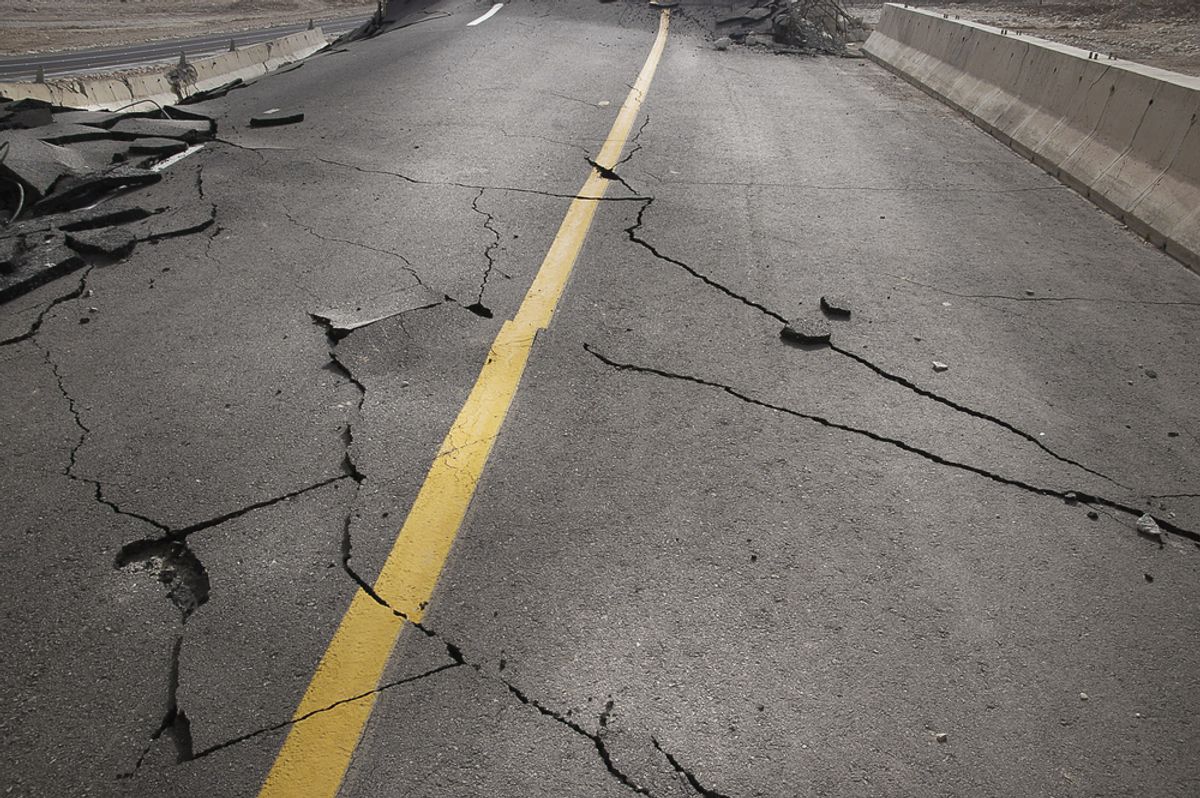 When Russell Gold, the senior energy reporter for the Wall Street Journal, spoke with Salon about the dangers of hydraulic fracturing, or fracking, he emphasized that one of the biggest problems is the speed at which the industry is moving -- drilling almost 100 wells per day, and leaving little time to assess the potential impact of their activity. Often, it's only long after something bad has happened -- methane is leaked into the atmosphere, or local air and water is polluted -- that regulators (sometimes) push for more caution.

Case in point: last month, the Ohio Department of Natural Resources temporarily suspended drilling at a number of wells in the northeastern part of the state out of concern that it may have been responsible for a series of earthquakes.

Friday, geologists confirmed that yes, fracking was probably responsible. “ODNR geologists believe the sand and water injected into the well during the hydraulic fracturing process may have increased pressure on an unknown micro-fault in the area,” they said in a release, leading to the 11 minor quakes experienced in March.

This is a big deal, marking the first time exploration of the Marcellus shale, which reaches from Ohio and West Virginia into Pennsylvania and New York, has been linked with seismic activity, according to a seismologist with the U.S. Department of Interior.

It's also one of the first times in the U.S. that earthquakes have been linked to fracking itself -- in the past, Ohio quakes have been linked to wastewater injection wells, which are merely a fracking-related activity, and not inherent to the process. Those earlier quakes, over 100 of which shook Youngstown, Ohio, happened in an area where there were 177 active wastewater injection wells, the Columbus Dispatch explains. But there were none near the recent earthquakes in Mahoning County, leaving fracking as the prime suspect.

“While we can never be 100 percent sure that drilling activities are connected to a seismic event, caution dictates that we take these new steps to protect human health, safety and the environment,” said ODNR Director James Zehringer in a statement.

In response, the ODNR has placed a moratorium on fracking for a three-mile radius around the quake sites, meaning they'll no longer issue permits for future wells and current operations will be suspended. And now that they've figured out that yes, this might be dangerous, the department has also announced a number of new regulations for fracking near known faults and areas of past seismic activity:

New permits issued by ODNR for horizontal drilling within 3 miles of a known fault or area of seismic activity greater than a 2.0 magnitude would require companies to install sensitive seismic monitors. If those monitors detect a seismic event in excess of 1.0 magnitude, activities would pause while the cause is investigated. If the investigation reveals a probable connection to the hydraulic fracturing process, all well completion operations will be suspended. ODNR will develop new criteria and permit conditions for new applications in light of this change in policy. The department will also review previously issued permits that have not been drilled.

To date, more than 800 wells have bee drilled in Utica and Marcellus shale play. According to State Oil & Gas Chief Rick Simmers, the new permit conditions are likely to be country's most cautious.