"I do not envy whoever they try to put in that chair," the comedian joked 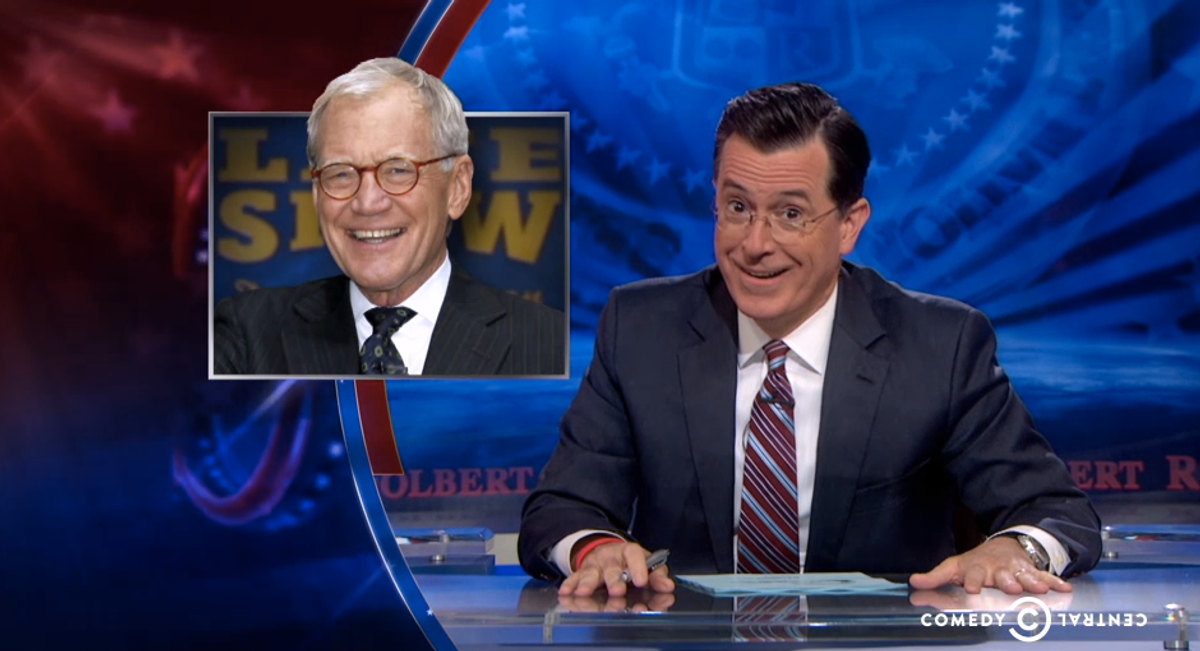 Hours after news broke that Stephen Colbert will be moving to CBS to replace David Letterman as "Late Show" host, the comic offered a tribute to Letterman on "The Colbert Report."

"I am going to miss this good man," said Colbert of the veteran late night television host, who announced his retirement just last Thursday. "Dave has been on the air my entire adult life. 'Late Night' debuted my first year in college. I learned more from watching Dave than I did from going to my classes," he said.

"This man has influenced every host who came after him, and even a few who came before him -- he is that good," he added.

Colbert didn't entirely break character, however. Understating his big news, the comedian added, "And I gotta tell you, I do not envy whoever they try to put in that chair. Those are some huge shoes to fill. And some really big pants.”

It's rumored that Letterman will hand off the "Late Show" to Colbert in the fall of 2015.