Thank you for talking about inequality -- but we're all doing it wrong!

Everyone talks about a "gap" between rich and poor as if that will move voters. Here's what research says instead 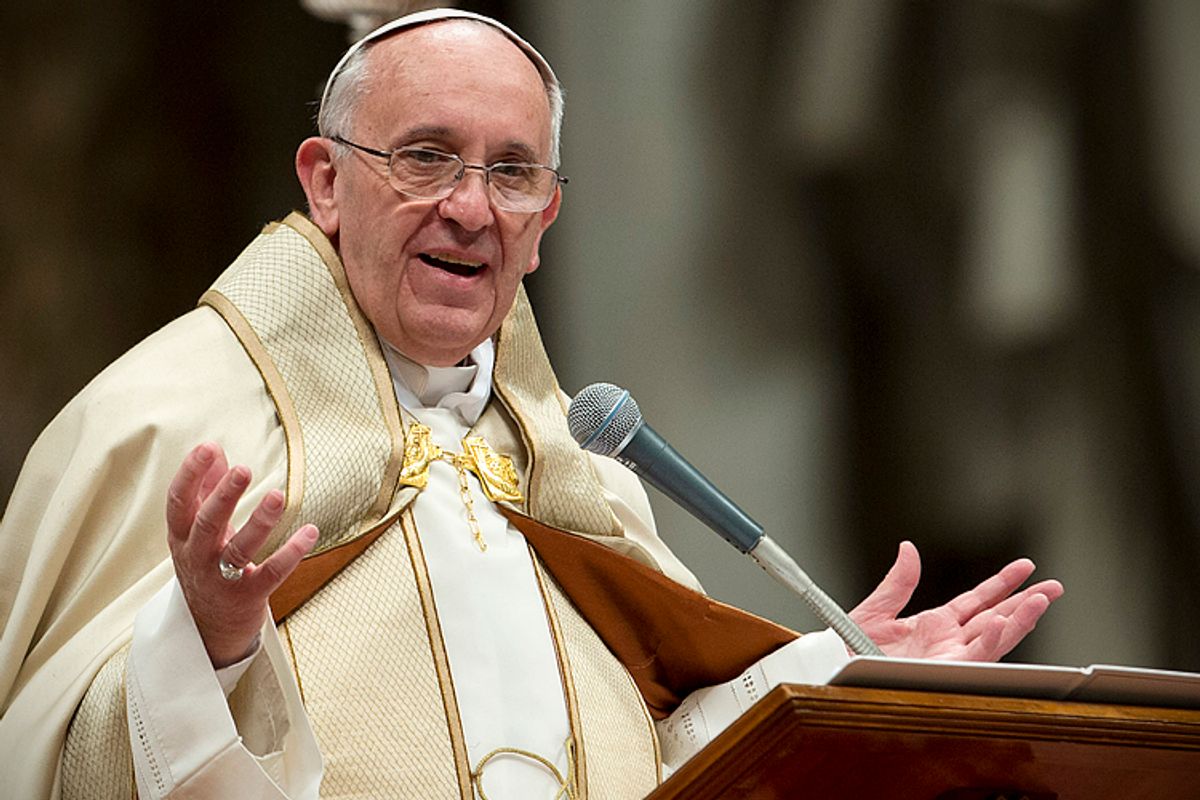 From the President to the Pope, leaders have been talking about inequality with increasing frequency. It's good, of course, that the crime of the last half-century perpetuated on most Americans – aggravated impoverishment – is finally getting some mention. But while it’s critical for progressivism to have this conversation, it’s equally important how we do it.

New research suggests the hurdles to connecting with Americans on this issue are high -- even with the very people who ought to be most engaged. In focus groups I’ve helped run across the country among folks at or below the poverty line, the stigma around admission of poverty is formidable. When you ask, “You often hear talk of the ‘haves’ and have nots’... which are you?” respondents subsisting on as little as $12,000 per household tell you they’re a “have.”

One mistake being propagated by well-meaning liberals is to shorthand it as a “gap between rich and poor." (Similarly, the discrepancy between what men and women workers get is termed the "gender pay gap.")  But if even those deemed as “poor” by our measly federal standard don’t think that they are, there’s no way describing a chasm between groups will rally those troops. When most everyone considers him or herself a “have” – because the alternative is an appellation too reviled to claim – hearing there’s a division between them and some non-existent other is no big deal.

Despite its lack of messaging muscle, horizontal divide talk has metastasized to describe other issues. We hear tell of an "achievement gap," "health disparities" and, now, "climate gap" as shorthand for differential effects from our brutal weather disruptions.

“Gap” may be short and easy to say, but it's not persuasive. It suggests that the meteoric rise of a few people’s net worth has nothing to do with the insecurity meted out on the majority. As if, to paraphrase, “the rich and poor inhabit different economic universes.” This belies reality and basic arithmetic. It’s no coincidence that during the first two years of our economic upswing, while 93 percent of Americans had their household net worth cut by 4 percent, that remaining lucky 7 percent increased theirs by 28 percent. The money from the raise you didn't get or your 401K that contracted didn't disappear -- somebody took it.

Further, the actual “gap” isn’t between the rich and the poor as we most commonly describe it. It’s between a handful of billionaires and the rest of us. At this point, it’s not just a 1 percent but a tiny fraction thereof that’s boarded personal jets to get miles away from their fellow Americans. But as much as they distance themselves and turn a blind eye, the economic devastation they create is real. There's no canyon grand enough for them to separate themselves from the mess they've wrought not just on the have nots but on the global economy.

It’s not just my hunch that “gap” isn’t working. In an experiment using metaphorical priming, Assistant Professor of Psychology at Oberlin, Paul Thibodeau and his colleagues give respondents one of two prompts about inequality. (Full disclosure, I spoke extensively with Dr. Thibodeau and asked that he test a particular metaphor pairing based on my previous language analysis.)

But the other half of the sample had inequality likened to an internal imbalance – with a prompt that included “income inequality has destabilized the economy.” In this condition, the split between those who saw inequality as an overall problem and those who didn’t was exactly the reverse – 75 percent of these respondents declared inequality an issue.

This indicates that language like "destabilized" as well as "off kilter" "out of whack" and so on is a more effective way to frame the problem. We need to underscore that we live in a single, connected, financial system that's now completely off balance and thus can't be expected to fly straight, much less pick up speed. No matter how much the rich wall off in their enclaves, we harm our cause when implying there are multiple self-contained economies. It's time to insist that a handful of people having so much throws the entire system off course.

Admittedly, getting folks to realize inequality is troubling for the whole economy isn't sufficient to build the political will to change the rules that enabled and ennobled this reality. However, without a sense that there's something fundamentally wrong and it effects everyone of us, it's hard to get people to listen, let alone act. We ought to pair talk about equity with a bit more about equilibrium.