We need to talk about the nudity on "Game of Thrones" 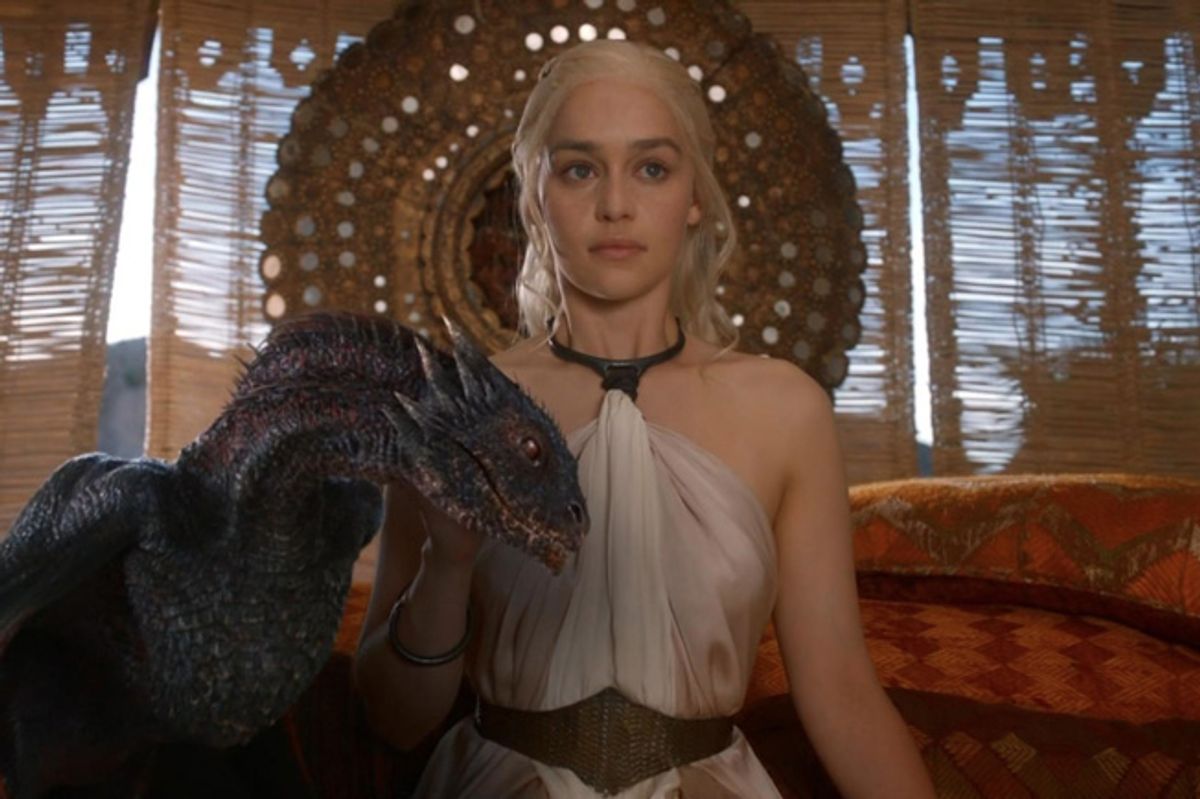 As you may have gathered, I’m a pretty dang big fan of Game of Thrones. I’ve read all the books. I know the fan theories (Jojen Reed is paste, y’all). I will passionately defend the greatness of Stannis Baratheon to everyone who wants to listen, and some people who don’t. But there’s one thing about the show that I don’t like—something that mars an otherwise amazing hodgepodge of swords, sorcery, sex, and violence.

Game of Thrones is famed for its use of sexposition, and while some people object to normal conversations taking place in a brothel while prostitutes diddle clients in the background—won’t someone think of the children!—I don’t mind it in theory. This is HBO. I’ve seen Sookie Stackhouse’s soft-lift, soft-core sex scenes on True Blood. I’ve seen Ned Stark get his head chopped off. I can handle some naked flesh.

More from Pajiba: Rob Lowe Does A reddit AMA And He Lit'rally Has Tons Of Awesome Answers

The problem is that, while Game of Thrones is chock full of female nudity, often full frontal, only two male characters have ever fully stripped down: Theon Greyjoy and Hodor (Hodor!). We’ve seen plenty of butts, male and female, but no one who watches the show can deny that the eye candy is heavily skewed to the naked lady end of the spectrum. The season four premiere even featured a scene in which Oberyn Martell and Ellaria Sand acquire the services of some prostitutes, and while it’s explicitly stated that they’re up (*cough*) for hiring males and females, the only nudity we get is from the latter. Game of Thronescan say that Oberyn Martell’s bisexual, but heaven forbid they give the ladies in the audience—or the gay men, the bisexual anybodies, whoever—a glimpse at eyecandy that’s not female.

Full disclosure—I’m asexual. I don’t care about bits, male or female. Include ‘em. Don’t. No preference. But I see in Game of Thrones’s marked imbalance of male-female nudity an assumption that their audience is comprised mostly of straight dudebros, and that bugs me. You can see that reflected in a pair of scenes from last season, where doofy virgin Podrick Payne was revealed to be a sex prodigy. The first time it was mentioned it was funny, but when people were gawking at Pod’s sexual prowess for two episodes in a row it began to have an awkward tinge of audience wish fulfillment: “Look at this young male nerd who, despite his social awkwardness, impresses jaded prostitutes so much that they don’t even want money from him. The privilege of spending time with his magic penis is payment enough. Wink wink.”

More from Pajiba: Production Assistant on 'Tosh.0' Shot And Killed By Police In Case Of Mistaken Identity

Again, there’s nothing wrong with that per se. But why not acknowledge that in addition to the straight men in your audience there are a lot of straight women, gay men, hell, just people who are sexually attracted to the many beefcake male characters on your show? It’s the same old “geeks=male” prejudice. The “But sex sells!” argument against the accusation the women’s bodies are being exploited doesn’t really fly for me when you consider that sex sells to men and women alike, and yet by and large it’s actresses, not actors, being asked to strip down for our pleasure.

I’m not the only one on the “more penis!” crusade. Game of Thrones’ Carice van Houten and Sibel Kekilli have both spoken out in favor of more male nudity. CollegeHumor did an excellent skit on the subject. Kit Harginton and Peter Dinklage even stated their willingness to strip down.

So get with it, HBO. Even things up a bit. Fill the giant penis-shaped hole in your show and I can go back to loving you with only minor reservations. Well. You’ll have to fix your violence-against-females-used-for-shock-value problem, too. But that’s another post for another time.

Rebecca Pahle is the associate editor for The Mary Sue, where she writes aboutGame of Thrones. A. Lot. She thinks Sansa haters, for the most part, need to sit the hell down.