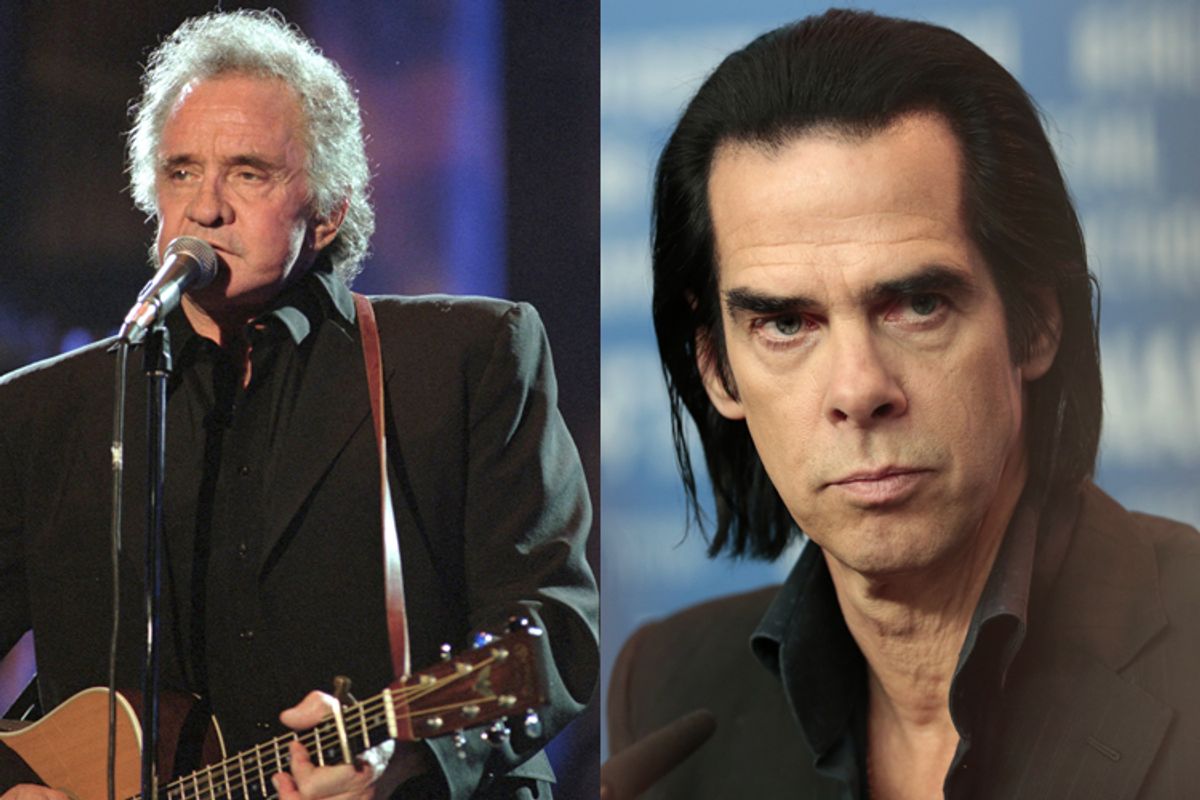 Genres are traditions, but they're also marketing categories — a way to mark a product for consumers so they know what they might want to buy. Similarly, cross-genre collaborations involve calculations that are both aesthetic and commercial. Folks may work with artists of other genres to try to expand their sound or expand their market share, to highlight buried connections, or to revel in novelty. Below are some of the oddest, craziest and, in some cases, straight-up coolest musical pairings.

You might say that this isn't really a cross-genre pairing at all — back in 1925, jazz and blues weren't all that distinct; Smith recorded habitually with jazz performers, and Armstrong himself could be seen a blues singer. But that just emphasizes the extent to which genre boundaries are arbitrary to begin with; the greatest blues singer can trade phrases with the greatest jazz musician, and neither sounds like they're leaving home.

Aerosmith and Run-D.M.C., "Walk This Way"

Maybe the most iconic cross-genre performance, complete with a wall set up just so Steven Tyler can come crawling through it like some scuzzy alien ectomorph. The best part perhaps is that Run-D.M.C. doesn't even bother to change the lyrics, suggesting that Tyler was a rapper without even knowing it.

Miley Cyrus and Lily Allen made headlines over the last year by treating black women as props in their performances. Avril Lavigne and Lil Mama's collaboration from 2007 is infinitely preferable in just about every way. Lavigne tries a bit of rap herself in the spirit of high-spirited DIY why not, while Lil Mama's amphetamine-charged lyrics seem to pick up on punk's snotty energy. The lyrics about competing for boys get nicely recontextualized too; watching the video it's clear that in this version at least, "I want to be your girlfriend" here has more to do with female friendships than with men.

Run-D.M.C./Aerosmith and Levine/Lil Mama do rock/rap collaboration as goofy high-spirited hijinks, smashing categories through sheer excess of adolescent awkwardness. Sonic Youth and Chuck D are way more adult about it, collaborating in the spirit of sexy cool New York art school bricolage. All genres are the same if you're sufficiently hip.

Amerie nodded to her Korean heritage here by bringing Kpop performer Se7en on board to sing a chorus on this blistering funk workout.  A refreshing alternative to the Simon/Byrne/Gabriel school of Westernized world-music edutainment.

Dan the Automator with Mike Patton and Jennifer Charles, "Archie and Veronica"

Hip hop producer Dan the Automator teamed with rock performers Mike Patton and Jennifer Charles to make "Lovage," an album of flamboyant psychedlic gothic neo-lounge. A delightful example of how, with collaborations, 1+1 can equal π.

Johnny Cash and Nick Cave, "I'm So Lonesome I Could Cry"

The Violent Femmes' "Hallowed Ground" is one of the weirder albums of the '80s, and "Black Girls" is perhaps its oddest track. Punk rocker Gordon Gano alternates between lascivious enthusiasm for black girls and heartfelt praise of Christ while avant-jazz legend John Zorn squonks like a strangled goose in the background. And that's not even mentioning the mouth-harp.

Mitchell collaborated with a range of jazz performers, including Wayne Shorter and Charles Mingus. Her work with Jaco Pastorius is, I think, my favorite, though. The distinctive, perfect but incongruous bass seems to mirror the lyrics' vivid but uncomfortable romance — cross-genre collaboration as rangy, sexy love affair.

The opening high-camp dialogue and Bowie's purple jacket somewhat obscure how lovely this duet is. Crosby's voice is inevitably weakened by age, but his taste remains impeccable; his "bum-bum-bum-bums" slip sublimely around Bowie's full-throated lead. I could have done with a bit more restraint from the orchestra, but it's still pretty magical.

Most of the collaborations here have involved rock as one of the participants. Not so with this 1979 pop/disco smash hit. Summer actually toured with a production of "Hair" early in her career, so the pairing is organic; disco and music theater belong together.

Country singer Nelson's smash album of pop standards was produced and arranged by the great soul performer Booker T. Jones, best known as the leader of Booker T. & the MGs. The results aren't really country or soul, but seem to exist instead in a jazzy, easy-listening middle ground.

One of the best albums of last year was "800% Ndagga," a collaboration between Senegalese Sabar drumming group Jeri-Jeri and minimalist techno producer Mark Ernestus. Ernestus doesn't bring any electronica to the mix; his role is simply production — and remixing, as here, though the hypnotic performance is so repetitive already that you can't necessarily even tell where Ernestus has tweaked things. Techno crosses over to Sabar and Sabar to techno only to discover that they were already more or less in the same place to begin with.

Israeli-American classical violinist Itzhak Perlman recorded a wonderful klezmer album in 1995, "In the Fiddler's House." This fierce uptempo number with the Andy Statman Orchestra is a standout; Mom and Dad are some dancers if they're keeping up with this.

Jimmie Rodgers and Clifford Gibson, " Let Me Be Your Sidetrack"

Jimmie Rodgers was an influence on a number of blues performers, most notably Howlin' Wolf, whose signature howl was a modified version of Rodgers's famous blue yodel. So it's no surprise that this team-up with St. Louis bluesman Clifford Gibson works so well, with Rodgers' vocals (and that yodel) rolling easily over the blues licks and variations. As with the Bessie Smith/Louis Armstrong duo, Rodgers and Gibson may be country and blues in name respectively, but they're in the same genre for most practical purposes.