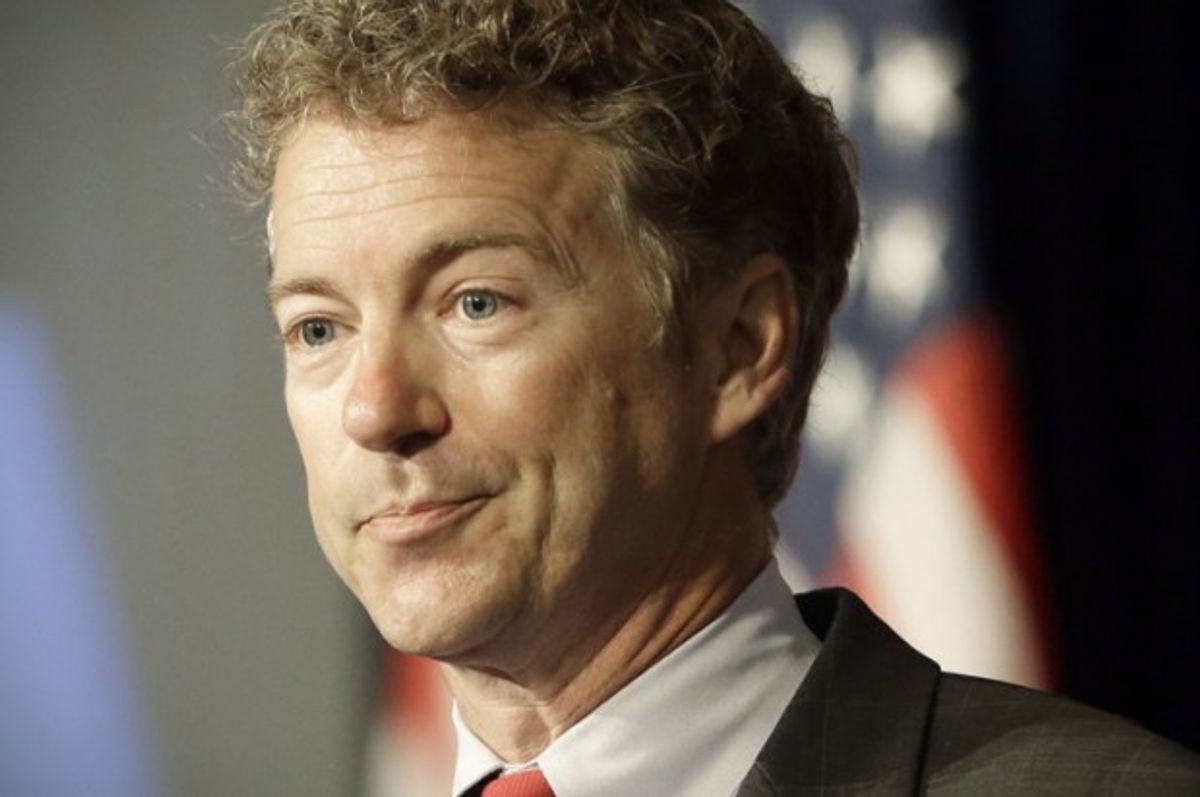 Clearly amused by a recent "Saturday Night Live" sketch in which he is portrayed as a wannabe DJ at Coachella, Kentucky Sen. Rand Paul flashed some more of the social media cleverness that's helped make him one of the most talked-about politicians in the country on Sunday, starting a #DJRandPaul hashtag and sharing some of the songs he'd include if he were really manning the soundboards at a party.

First man who previously won praises for his use of Twitter by celebrating the "Seinfeld" faux-holiday of Festivus asked his followers to tweet him some recommendations using the #DJRandPaul hashtag:

Having launched the hashtag, Paul then began to share his playlist, which leaned pretty heavily on music from the 80s and 90s and which, for the most part, was obviously chosen with some of Paul's political hobbyhorses — like surveillance, religion, and civil society — in mind.

So without further ado, crank up your laptop speakers, dim the lights, bust out some glow-stucks and make sure you've got plenty of bottled water — here's what it's like party with DJ Rand Paul: