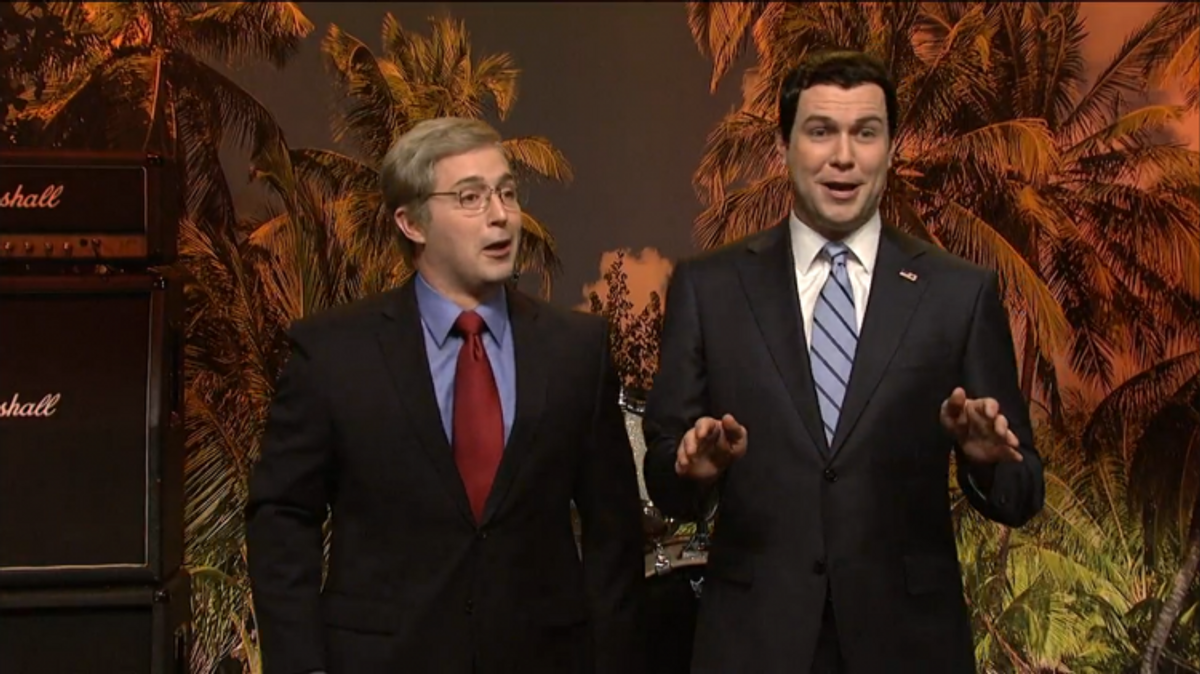 There are no doubt many people in the world who would like to hear Jeb Bush and Paul Ryan talk about the Republican Party. But it's probably fair to say that few — if any — of those people were among the crowd waiting to see Outkast's reunion performance as the headlining act at this year's Coachella.

So because incongruity is one of the fundamentals of comedy, "Saturday Night Live" decided to show what it'd look like if these two GOP heavyweights tried to win over the hipster faithful with promises to change their position on same-sex marriage (by talking about their opposition to it less) and a series of cringe-inducing attempts to speak like totes legit millennials.

And then Bobby Jindal shows up, extremely high — but what else is new, right?