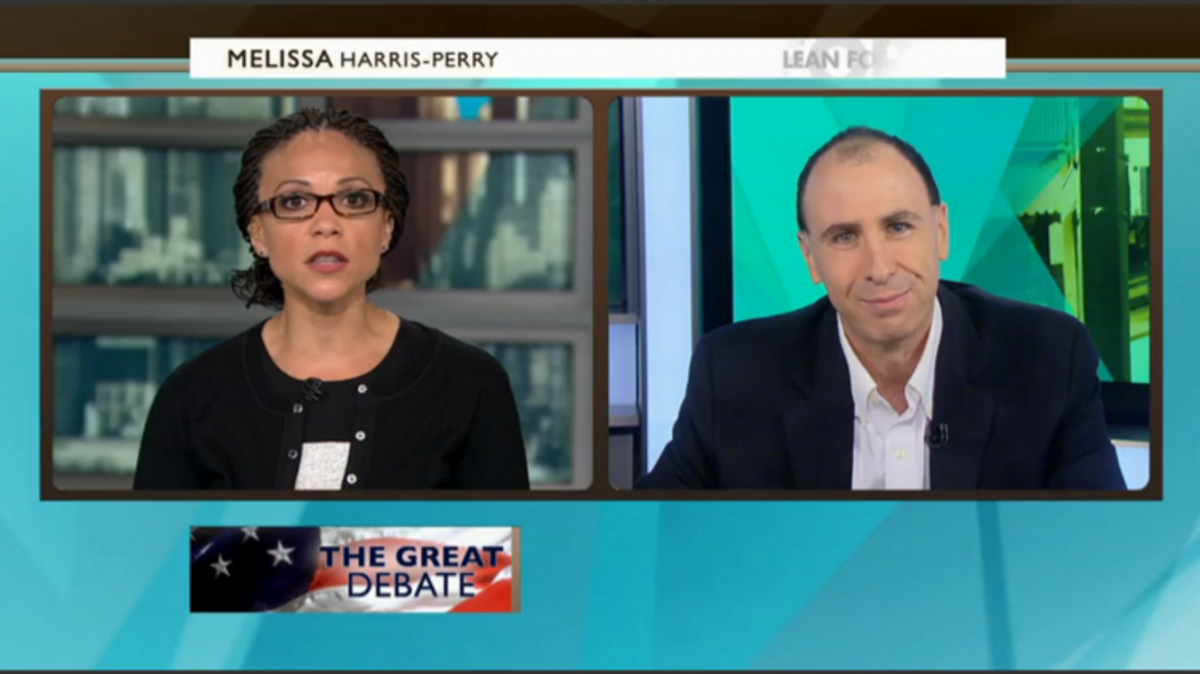 Since New York Magazine made Jonathan Chait's recent cover-story on race during the Obama presidency available to read online, there has been no lack of voices offering their assessments of the influential centrist pundit's essay. On Sunday morning, Chait defended his piece, joining MSNBC's Melissa Harris-Perry for a tense but cordial discussion of the essay's merit.

Things got off to an unusual start, however, after Harris-Perry decided to spend more than five minutes — ostensibly during her introduction of Chait onto the show — tearing the piece apart, describing it as a well-meaning but deeply flawed bit of analysis that suffered from its author's blinkered worldview. She questioned how Chait could describe the politics of race during the Obama years being more prominent than ever unless he did so with, implicitly, only white people in mind. She also praised Jamelle Bouie of Slate's response to Chait, which said Chait's piece on race was curiously indifferent to how people of color had actually experienced living under the first African-American president.

Having sliced and diced the article, Harris-Perry then brought Chait onto the air. After thanking her for inviting him to the show, Chait made clear he wasn't happy with the introduction-cum-takedown, saying, sarcastically, "[T]hanks for introducing your audience [to me] with such an open mind. I've really never seen a TV show where the host berates and rebuts the person they're having on the show before they're invited on."

Harris-Perry responded that she did not intend to make her criticism personal. From there, the two went on to discuss Chait's argument in a mostly pleasant manner (although, at one point, he does seem to slightly bristle when she asks him if he has any regrets about the way he wrote his piece). You can check out the whole thing for yourself below, via MSNBC: