Behind the scenes of "Scandal" 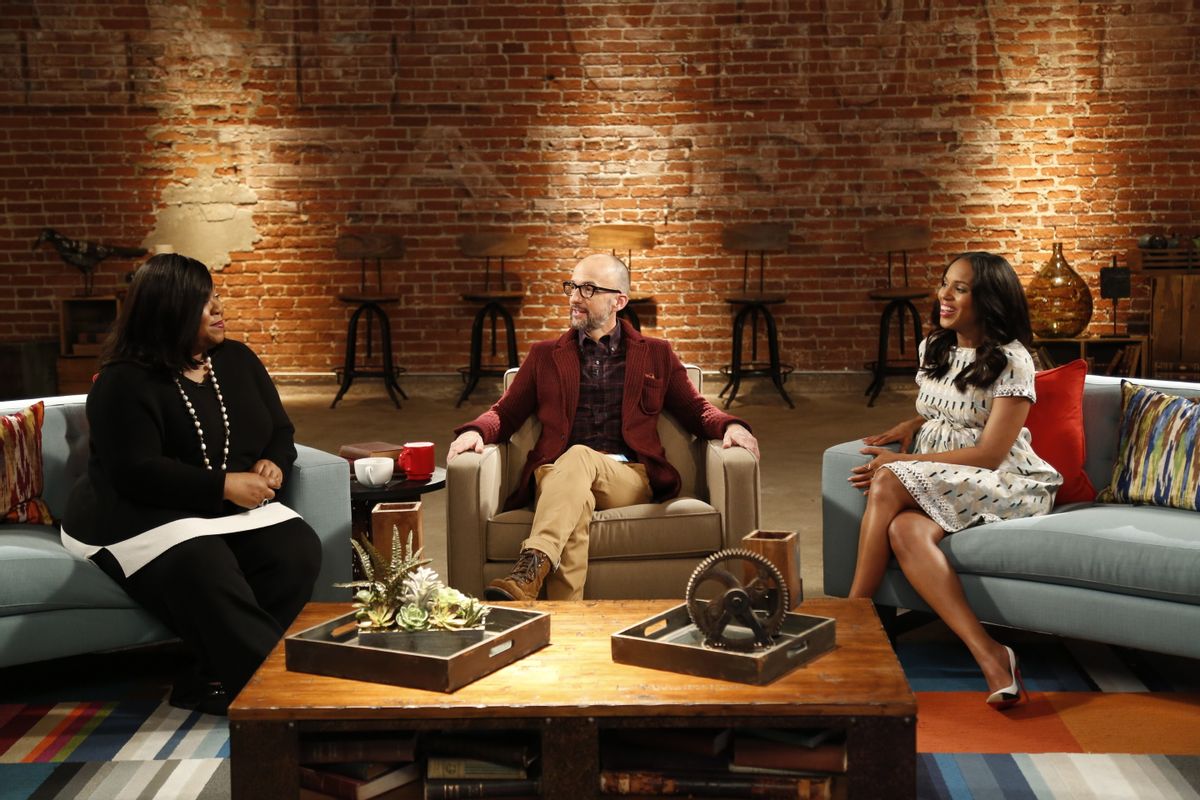 When the third season of “Scandal” ends this Thursday night, ABC will be celebrating the finale with a special episode of the Jimmy Kimmel show titled “Behind the Scandalabra." (Kimmel fans may already be familiar with his ongoing Spanish-language parody “Escandalo.”) But perhaps the most interesting "Scandal" supplement is an episode of SundanceTV's "The Writers' Room," which airs this Friday. The episode features show creator Shonda Rhimes, star Kerry Washington and a handful of producers dishing on the salacious, highly successful series. Collectively they give the impression that this ratings giant comes together somewhat erratically. The show runners are asked to defend "Scandal's" most outlandish moments, and do so by affecting a devil-may-care attitude toward plotting. Rhimes’ self-assuredness and authority in setting this tone for the show’s shocking developments is pretty awe-inspiring: