A horrifying disease is threatening to destroy the world's bananas

The U.N. is warning of the "massive destruction" of the world's banana crop 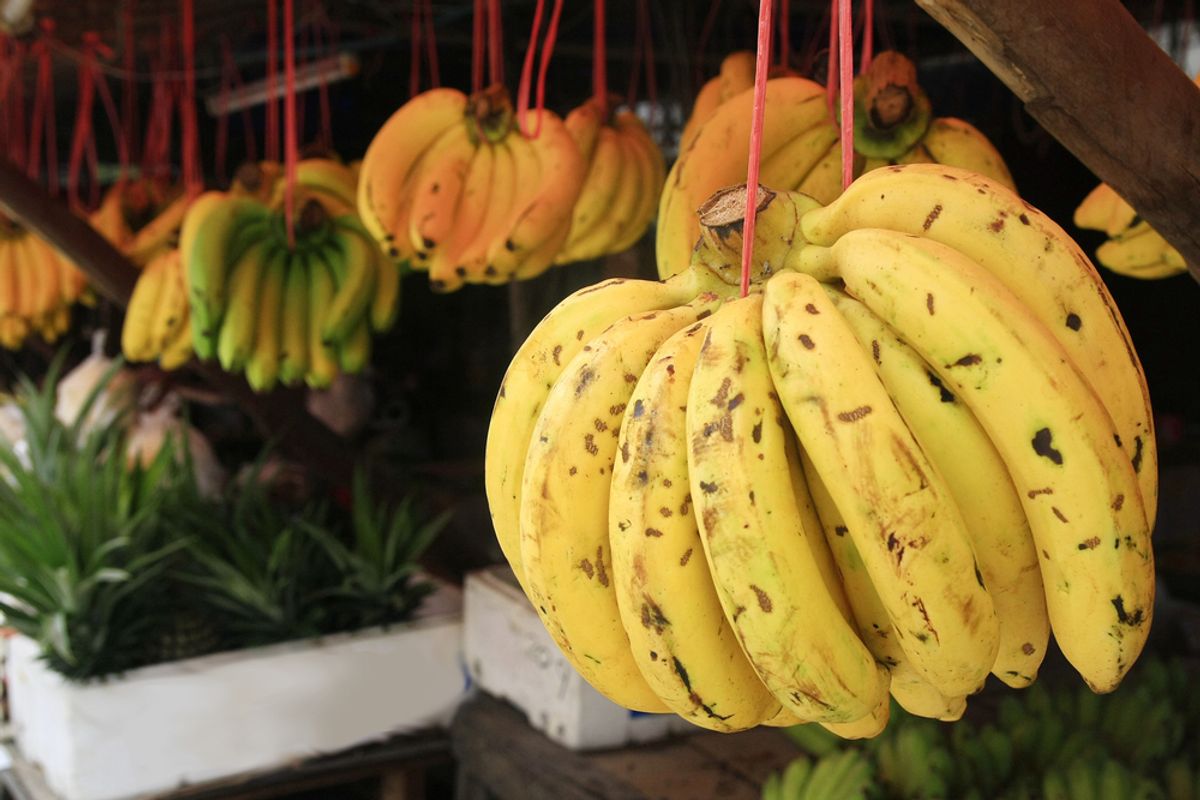 A rampant banana disease -- the one that Chiquita doesn't want you to worry about, also known as the "HIV of banana plantations" -- threatens the world's banana crop, the U.N.'s Food and Agriculture Organization (FAO) warned Monday. And it's spreading.

Fusarium wilt TR, or Panama disease, takes ordinary yellow bananas and does this to them:

The fungal disease recently spread from Asia, where it's already caused significant losses, to Africa and the Middle East, and the FAO believes Latin America could be next. That would ramp the crisis up considerably: About 70 percent of the world's banana exports are grown in the region. And it would do more than remove the fruit from grocery store shelves: Bananas are a key source of food in many tropical countries.

“The spread of Fusarium wilt could have a significant impact on growers, traders and families who depend on the banana industry,” FAO plant pathologist Fazil Dusunceli said in statement. "Countries need to act now if we are to avoid the worst-case scenario, which is massive destruction of much of the world’s banana crop.”

Like so many diseases, the best way to address it is to prevent its spread. To that end, the FAO is calling for "a concerted effort ... from stakeholders including the industry, research institutions, governments and international organizations" to monitor and contain it.