Chris Cillizza, call your office: Buffoonish Obamacare critic gets it all wrong, again 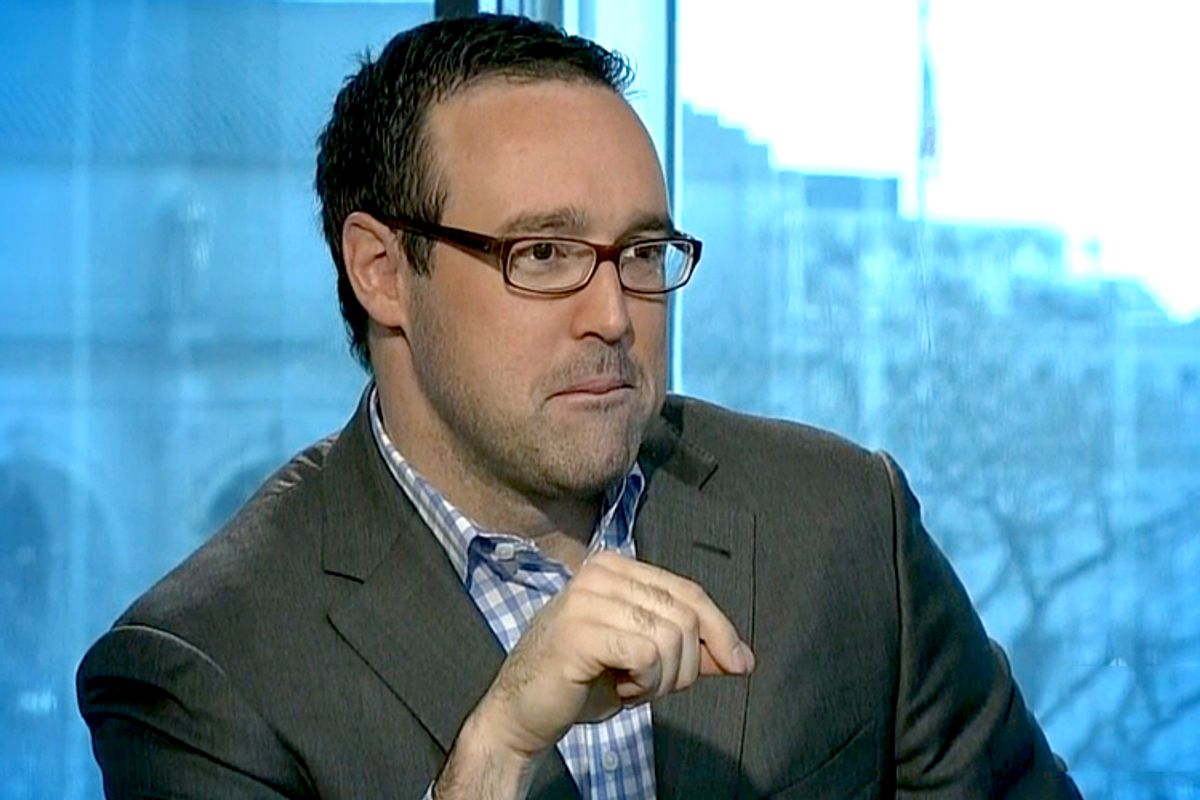 It is not a normal human trait to be excited in any way by a Congressional Budget Office report. Dry economic analyses written by accountants who work for the federal government aren’t supposed to get your dander up. But these are strange times. The rise of “data journalism” and the expanding market for explanatory reporting have had the curious effect of turning CBO reports into hot topics of discussion, in particular those that pertain to the Affordable Care Act.

The newest offering from the CBO is bad news for Obamacare’s conservative critics. Much of their criticism can be divided into three basic arguments -- Obamacare is ineffective, it costs taxpayers too much, and it will send insurance premiums skyrocketing – and the CBO report took the wind out of all three. It found that Obamacare will cover more people than earlier estimates, will cost less money than earlier estimates, and will not preside over a nationwide premium spike. (Read Sarah Kliff and Jonathan Chait for more detailed explanations of the CBO’s findings.)

For the weirdo political writer who gets a thrill from charts, datasets and baselines, a report like this is indeed exciting stuff. Republicans want to win back the Senate by painting Obamacare as a debacle, but here’s some tangible evidence that the law is working as intended. DOWN GOES THE NARRATIVE! Right…?

Not really. The reaction to the new CBO report shows just how much lingering political damage was wrought by the Healthcare.gov rollout debacle. It conditioned pundits to treat the law as a political disaster in waiting – a perception that is so firmly ingrained that the drumbeat of good news about the ACA has done little to shake it loose.

Take Chris Cillizza of the Washington Post as an example. Click over to the Fix or comb through his Twitter feed, as of early Monday evening, and you won’t find a single word written about the CBO’s latest findings. That’s curious, given that when the CBO issued a report in early February on Obamacare’s projected impact on the labor market, Cillizza was all over it.

“The worst headline for Democrats this year,” he wrote on Feb. 4, referring to his colleague Zach Goldfarb’s article on the CBO’s finding that “2 million Americans who would otherwise rely on a job for health insurance will quit working, reduce their hours or stop looking for employment because of new health benefits available under the Affordable Care Act.”

Cillizza saw nothing short of a political disaster for the Democrats:

Close your eyes for a minute and fast forward to October. And imagine yourself sitting in a Charlotte hotel room watching TV. And this ad comes on: "Kay Hagan voted for Obamacare, a law whose rollout was so botched that a million people decided to not even sign up for health coverage. And the non-partisan Congressional Budget Office says Obamacare will cost America 2 million jobs. Kay Hagan voted wrong. Now it's time to vote her out." That's a VERY tough hit on any Democratic incumbent who voted for the Affordable Care Act.

After it was pointed out to Cillizza that his piece got a number of things wrong (the CBO said Obamacare would reduce workforce participation by the equivalent of 2 million workers, not that it would cost 2 million jobs) he nonetheless stuck to his original analysis. “The CBO report means political trouble for Democrats this fall,” Cillizza wrote the following day, arguing that the guts of the matter are secondary to how people perceive the law. “My job is to assess not the rightness of each argument but to deal in the real world of campaign politics in which perception often (if not always) trumps reality. I deal in the world as voters believe it is, not as I (or anyone else) thinks it should be. And, I'm far from the only one.”

Owing to the botched Healthcare.gov rollout, Obamacare was perceived as a failure, and Cillizza’s (inaccurate) take on the CBO report reinforced that perception, so the CBO report was therefore politically significant.

Since that time the ACA has demonstrated significant progress to overcome that initial failure. But as Cillizza himself said, his business is to chronicle how perception trumps reality. News of the ACA rebounding doesn’t fit the perception of a failed law that will drag Democrats down in November, and so Cillizza has been brushing it off.

When the ACA defied long odds by meeting and then slightly exceeding its sign-up goal at the end of the open enrollment period, Cillizza was not impressed. “There's little evidence to suggest that meeting the sign-up goal will fundamentally alter the politics of Obamacare prior to the November midterm elections,” Cillizza wrote. His explanation:

The law -- and before it became a law the legislation -- has been deeply politicized from the moment it appeared on the national landscape. Democrats liked it, Republicans loathed it. Nothing -- not any external event -- has changed that basic dynamic.

OK … but two months earlier he was arguing that a (misinterpreted) CBO report that reinforced Republican attitudes toward the law was political dynamite: “The CBO report doesn't just add fuel to that fire; it takes a gas station and blows it up … If Republicans were convinced that Obamacare was a bad thing for the country before the CBO report (and they were), now they are absolutely convinced.” When actual news comes out reinforcing faith among Democratic partisans that the law is a success, it gets written off as meaningless or, in the case of the new CBO findings, ignored entirely.

All this can be traced back to the debacle that attended Obamacare’s implementation. It baked in the perception that the ACA is a political train wreck, made it easy for Republicans to spin bad news about the law, and inoculated pundits against the real progress made since that rocky introduction.