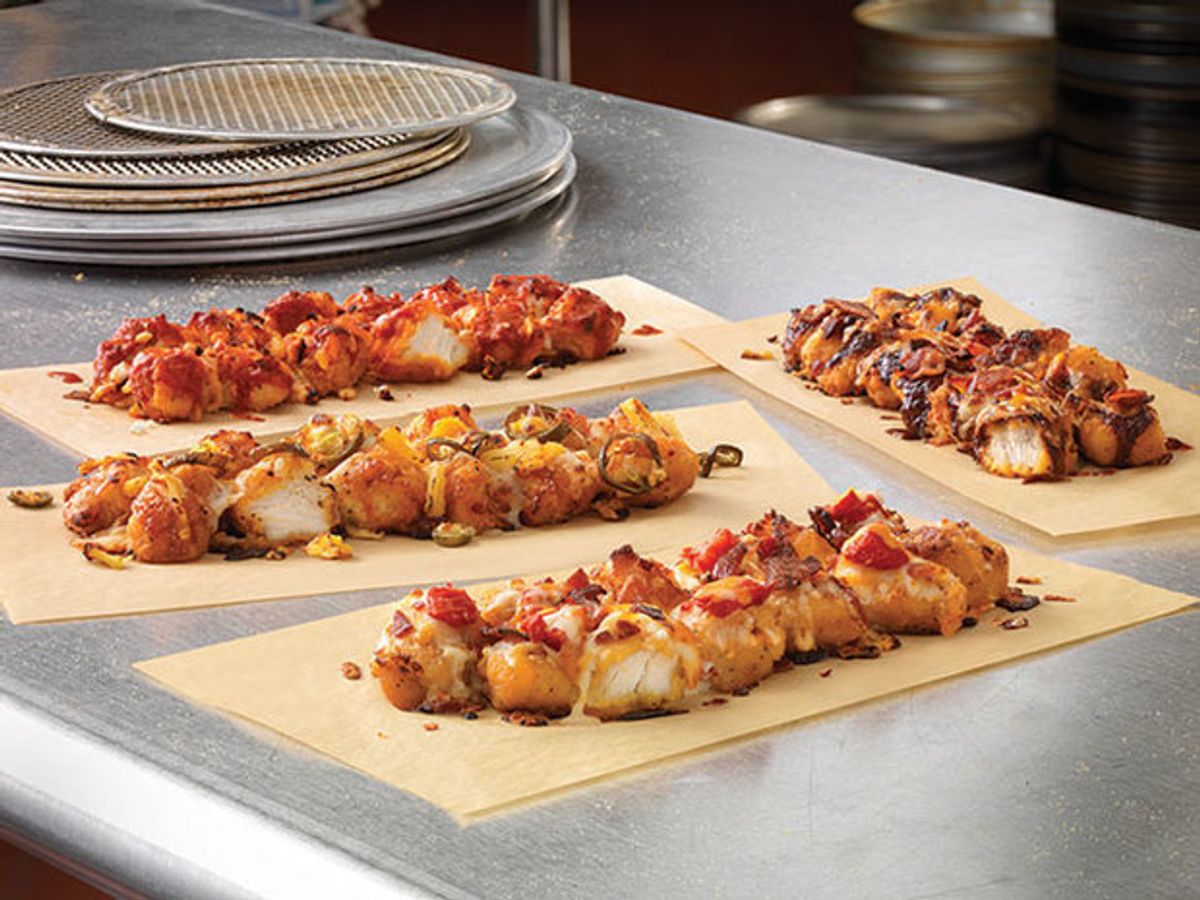 Last December, in Israel, Domino's introduced a cheese-free pizza after a vocal vegan lobby successfully convinced the company it was what the people wanted. Here in the U.S., what the people apparently wanted was a pizza made with fried chicken instead of dough.

"Our new Specialty Chicken is one of the most creative, innovative menu items we have ever had," Russell Weiner, Domino's Pizza chief marketing officer said in a press release. Sorry, hot dog stuffed-crust pizza and pasta bread bowl.

USA Today, which chooses to call it a "chicken dish with toppings" instead of a pizza, characterizes the launch as an attempt to capitalize on the growing demand for boneless chicken, sales of which are up 11 percent over the past three years. Domino's has already been selling chicken wings for decades -- next to pizza, said CEO J. Patrick Doyle, they sell more chicken than any other menu item. One industry consultant also points out that consumers tend to think of chicken as "healthier" than red meat or pizza.