The cargo shorts, the dad sneakers, the lame goatee -- Leo lives his life like an extended middle-age crisis 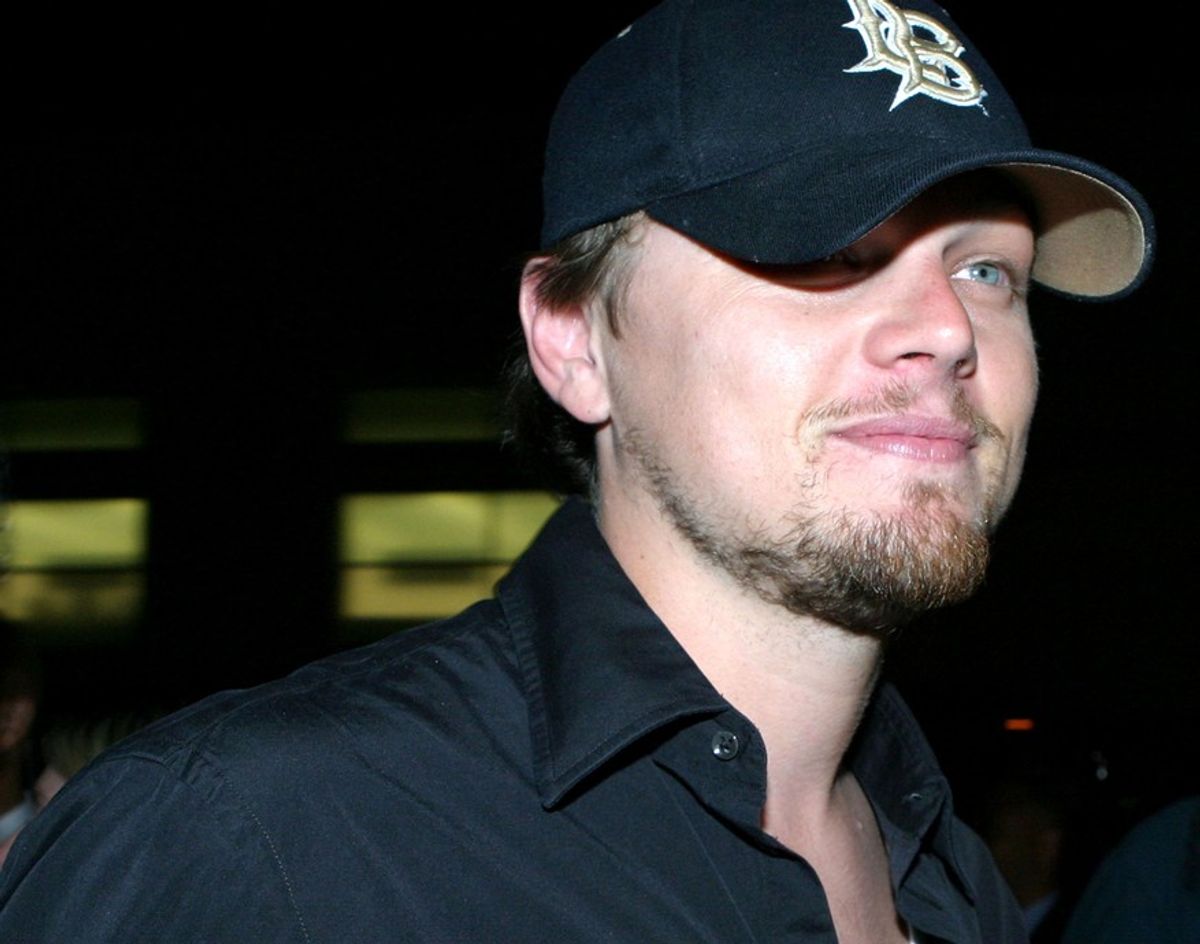 Leonardo DiCaprio has a secret. In a recent video captured at Coachella -- a sweat lodge at which people with selfie tattoos congregate for two weekends in April -- the actor unwittingly performs in 13 seconds of what appears to be a Geriatric Zumba workout video to MGMT. He throws a high-kick into the air, impressive for how unimpressively low it is, before he swipes the air with reckless abandon and launches into a jumping jack.

What makes this particularly mystifying is that the DiCaprio we've come to know actually does know how to dance. His moves have been well-documented on the big screen. He jigs in “Titanic.” He rolls his body in seven dimensions in “The Wolf of Wall Street.”  He is a suave gentleman who, to quote his fellow Victoria’s Secret fanboy Adam Levine, “moves like Jagger.” He's a man who won’t touch pizza served by Ellen DeGeneres at the Oscars, but scarfs it down on the street. And this is the paradox of Leonardo DiCaprio: sexy gentleman behind the camera, lame dude in public. Strip him of the multimillion-dollar movie deals and the scores of screaming female fans, and he is simply an uncool dad in disguise.

First, there's his wardrobe, a rotating stable of cargo shorts, dad sneakers, fanny packs, bucket hats and other stupid hats. There's the T-shirts he wears when swimming. The way he chases only younger women, and talks about them like someone who never gets any women. The goatee he sports, like those two guys in Godsmack. The fact that his best friend is a magician. In other words, Leo DiCaprio lives his life like an extended middle-age crisis.

In some ways, the signs were there all along. By his own admission, he “used to be a pop-locker” when he was in elementary school (real words he once actually spoke). As he told DeGeneres in 2010, “It's actually one of the reasons why I didn't get an agent, because I auditioned and I had a punk rock haircut and I danced like a little street dancer, and they rejected me.” And yet somehow DiCaprio’s public image is just the part of the truth we want to believe, like a character in a non-ironic lyric from Alanis Morisette’s “Ironic." He is a white tiger witnessed in a David Attenborough documentary that was hunted for sport just days after filming. He is the guy with tinted windows, blasting LMFAO as he tries to pull ahead of you at the traffic light, only to stall out as you pass him. Tricking the public into thinking he's cool may just be the most impressive performance of his life.