Destructive policies include culling sharks, dumping near the Great Barrier Reef and so much worse 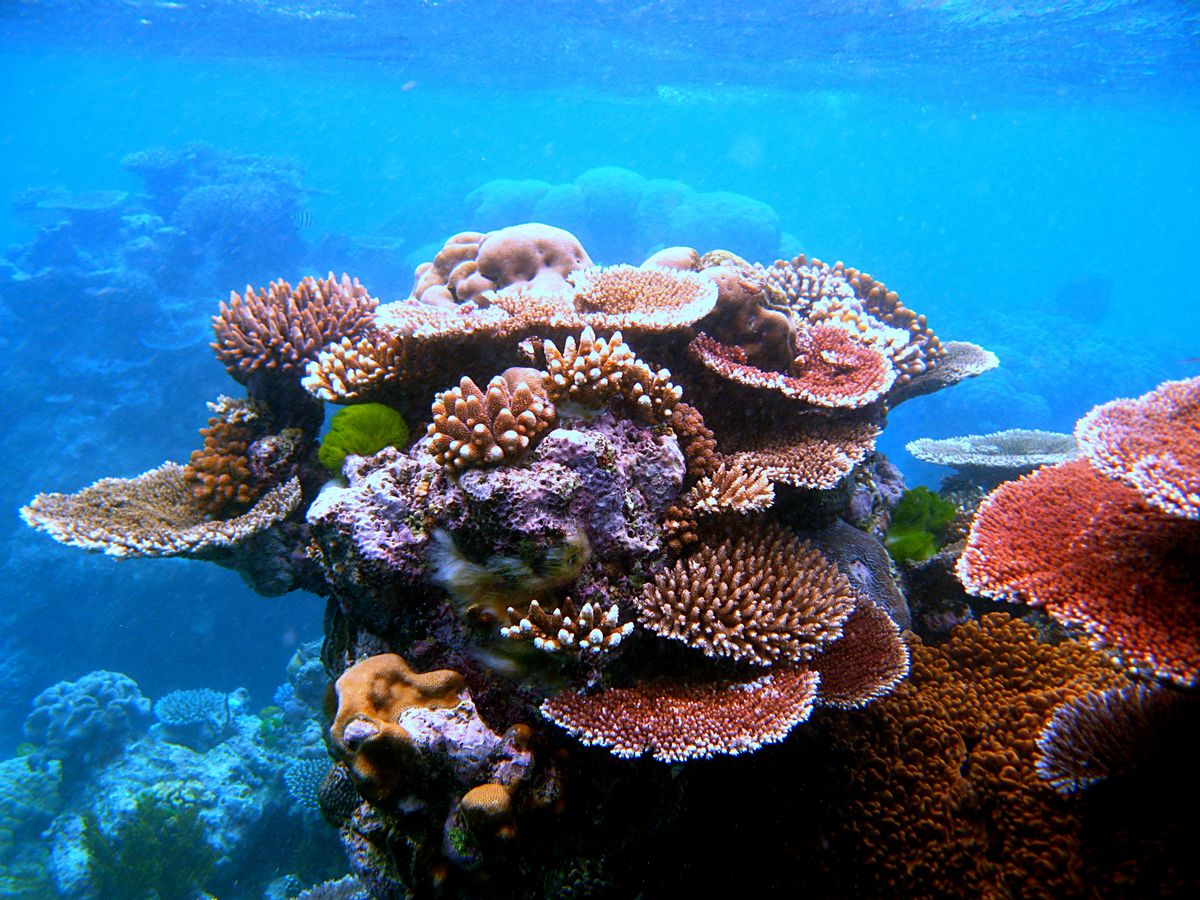 That’s what leading environmental scientists say that Australian Prime Minister Tony Abbott has engineered, in less than one year in office. They say the changes he’s implementing could result in irreversible damage to some of the world’s most fragile ecosystems.

And they say they are “screaming in the dark” to get the country’s ultra conservative government to take a more sustainable course, so far with little luck.

Of course, not everyone agrees with the scientists, or at least with their priorities.

But Professor Bill Laurance — recipient of the Australian Laureate Fellowship, one of Australia’s highest research honors — is astounded by the pace and scope of the environmental rollbacks. He said the proposal to abolish the carbon tax and replace it with a“direct action plan” was just one of a “whole avalanche” of issues that worry Australia’s leading environmental scientists.

Even more controversially, Abbott’s government has permitted a coal port to dredge up and dump millions of cubic feet of sand into the iconic Great Barrier Reef Marine Park, a decision that the Chairman of the Marine Park Authority has rigorously defended.

And in another unprecedented move, the government has asked UNESCO to remove 74,000 hectares of Tasmanian forest from its World Heritage List. A prime ministerial statement has also effectively banned the creation of new National Parks, with Prime Minister Abbott announcing that too much forest was already “locked away.”

Laurance, based at James Cook University in Queensland, says Abbott’s National Parks decision had come at a “very bad time,” with some ecosystems in desperate need of protection, such as the Mountain Ash forests in Victoria, home to the critically endangered native Leadbeater’s possum, decimated by logging and wildfires.

“I come from the western US and we are hearing a very similar dialogue to the one used there by conservatives, who say ‘you’re just locking up the forests,’” he says. “That’s an age-old characterization — a way conservatives have historically described areas that they want to get into.”

Dr. Chris Fulton, a coral reefs expert at the Australian National University, said a shift in thinking was needed at the highest levels of government.

“We are looking at a government that is constantly speaking in terms of nature being there in the service of us, nature being there for us to exploit and use, that nature can only be appreciated by giving us wood or fish or coal,” he says. “But this is nineteenth century or even eighteenth century thinking; We can’t expect a natural resource to go on giving us what we want without it collapsing.”

Dr. Thomas Lovejoy, environmental advisor to three American presidents, said he hoped Australia would take a “fresh look” at its forestry policy ahead of the World Parks Congress, set to meet in Sydney in November. He said it appeared that “short-term economics” in Australia were driving key policy initiatives. “Both climate change and biodiversity need more and stronger attention than they are getting,” he added.

Laurance explained that the situation is compounded by a shift to the right across the electorate, with conservative governments now in power in all major states, as well as at the federal level.

“There’s an abundance of scientific evidence showing that a lot of the Australian ecosystems are in trouble,” he says. But “Abbott is almost a fundamentalist type character. I think his view is ‘these people didn’t vote for me, they’re not going to vote for me,’ so he’s effectively written off that constituency, which of course includes a large part of mainstream Australia.

“He reminds me of Reagan or some of the people in the Reagan administration, such as James Watts, Reagan’s secretary of the interior, who was a lightning rod for criticism,” he added. “It’s very polarizing here.”

“There has been an alarming escalation in what the government is doing to that act in terms of making it conducive to development,” says Fulton.

“Decisions that used to be made by the federal government under the EPBC Act are being devolved to other agencies, and in so doing removing the central coordination and management of environmental regulation in Australia.”

“They no longer have to go through a community consultation process, so they can just rubber stamp every single application for oil and gas.

Fulton said other moves to provide the environment minister with legal immunity meant the government and its ministers could not be held accountable for poor decisions that led to environmental disasters.

“All those things to me are far more pressing issues that I’d get far more alarmed about (than the dredging).”

GlobalPost contacted the Prime Minister’s office and the Department for the Environment for comment but received no replies.

Pearson, of the MCA, said the amount of time and effort being wasted on the duplication of regulations was undermining industry and community confidence, while adding little value to environmental or heritage protection.

“The MCA shares the view of governments at both the state and national level that there is considerable potential for reducing unnecessary red and green tape without compromising high environmental standards,” he said.

“The mining industry isn’t seeking to duck or dodge scientific scrutiny — quite the opposite. We want a project approvals process based on practical concepts of sustainable development, sound science, transparency and scrutiny, procedural certainty, and meaningful community engagement.

“It is simply not correct to say that resource developments in Queensland ‘no longer require community consultation’ — far from it. Not only will people affected by development proposals be able to comment, it will be quicker, easier and less costly to do so.”

He said MCA member companies were signatories to a UN-recognized sustainable development framework that guaranteed “effective and transparent engagement, communication and independently-verified reporting.”

An international call to action

Australia has so far resisted calls from the EU and the US to include climate change on the agenda for November’s G20 meeting in Brisbane.

Laurance says it could take some level of international embarrassment to force the Abbott government to re-think its entire green agenda.

“Tourism’s a huge industry in Australia. You would like to see people start to say that they’re not going to visit Australia because of the astounding hypocrisy that is increasingly becoming the norm here,” he says.

“The one thing the Abbott government does seem to understand is money and it needs that kind of talk because they’re clearly just not interested in anyone they see as environmentally oriented.”

In June, UNESCO’s World Heritage Committee will decide whether to add the Great Barrier Reef to its “in danger” list, a move that Fulton says “has almost always in the past led the parent country to sit up and take notice.”

More from GlobalPost: They razed paradise and put up a soybean lot

Fulton advises against turning “the Great Barrier Reef into the Great Slime Reef because tourism dollars are a huge export industry and when our resources bubble eventually bursts and we aren’t able to just dig holes and make money out of it, those export dollars are going to become very, very important.”

A recent report by Deloitte Access Economics found that the Great Barrier Reef Marine Park generates some $5.7 billion each year and supports 69,000 jobs, the overwhelming majority of these figures coming from tourism.

“I would argue that if we sustainably managed the our coral reefs for tourism, fishing and all the other things we gain from them, then we could manage that into perpetuity, where as thermal coal, and oil and gas are very finite resources offering a finite business plan — they are going to run out, potentially in out life times.”