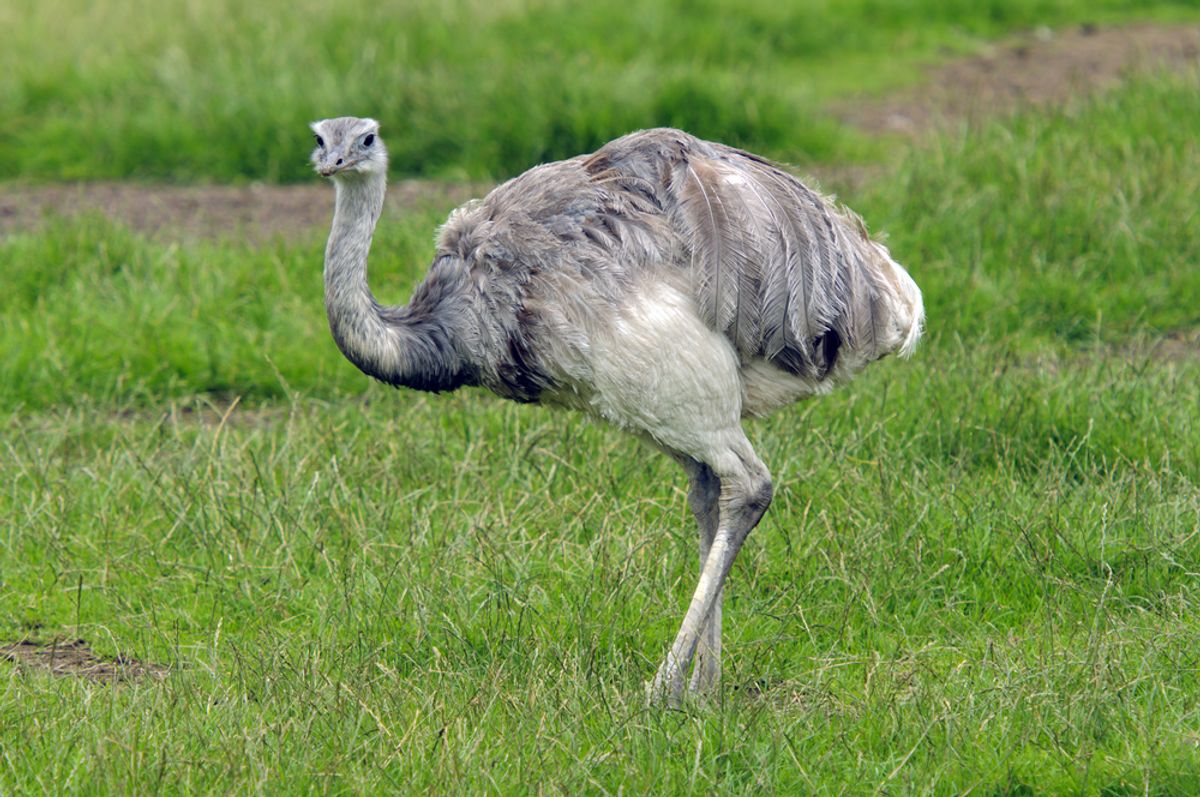 An oversized flightless bird which reportedly has the strength to "kill with a single blow" is on the loose in the English countryside. It's unclear just how much danger residents may or may not be in, but the U.K.'s leading tabloids, unsurprisingly, are having a field day.

The bird, a South American rhea, escaped from a farm in Hertfordshire last month. Its owner, Jo Clark, said she keeps four rheas on her property because they eat weeds, and blamed a local hunt for scaring the bird into escaping.

The Daily Mail has what's probably as close to a definitive account of where it's gone since, based on the accounts of villagers who encountered it. "Initially, I thought it was a crane, but as I got closer, I realized it wasn't a crane, and I wondered if it was an emu," said Ray Murdoch, a retired geography teacher, who managed to get in on camera. "I think the rhea was as amazed to see a cyclist as I was to see a rhea."

For those unfamiliar with the rhea, the Telegraph provides these helpful facts:

Adds a spokesperson from the Royal Society for the Prevention of Cruelty to Animals: "They will also go for your eyes with their beak."