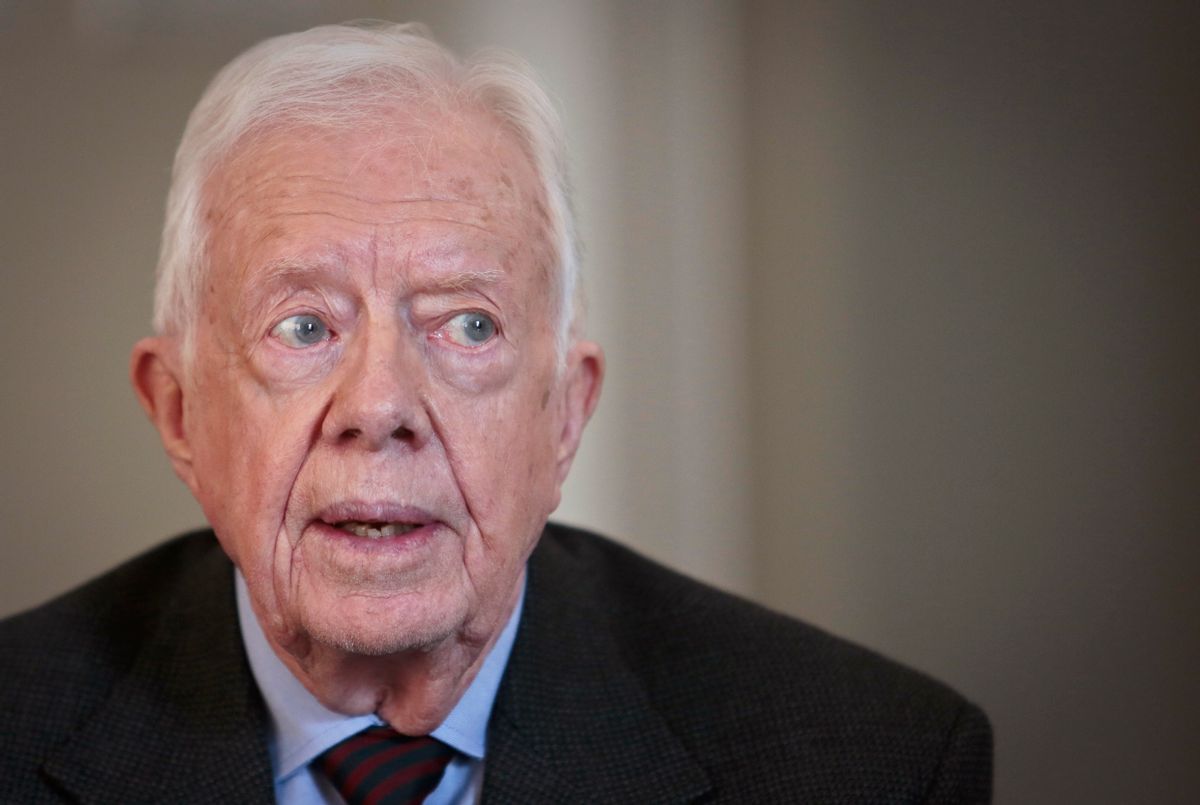 "You stand on the brink of making a choice that will define your legacy on one of the greatest challenges humanity has ever faced -- climate change," reads the letter, which was addressed to President Obama and Secretary Kerry and which ran as an ad in Politico.

"You know as well as we do the powerful precedent that this would set. This leadership by example would usher in a new era where climate change and pollution is given the urgent attention and focus it deserves in a world where the climate crisis is already a daily struggle for so many."

As the Washington Post notes, this makes Carter the first former president to stand in opposition to the pipeline. George W. Bush called it a "no-brainer" two years back. Bill Clinton, while a bit less clear, appears to support the pipeline as well.

The Canadian government is not pleased. Prime Minister Stephen Harper’s office released a statement urging Carter to take a lesson from the past: “Mr. Carter knows from his time as president during the 1979 energy crisis there are benefits to having access to oil from stable, secure partners like Canada." During that crisis, according to the Globe and Mail, Carter did in fact endorse pipelines as a solution to the fuel crisis, along with urging Americans to conserve energy. Today, of course, there are other considerations in the mix, which have become much clearer since that time: building the pipeline, Carter's letter warns, will trigger "more climate upheaval with impacts felt around the world."