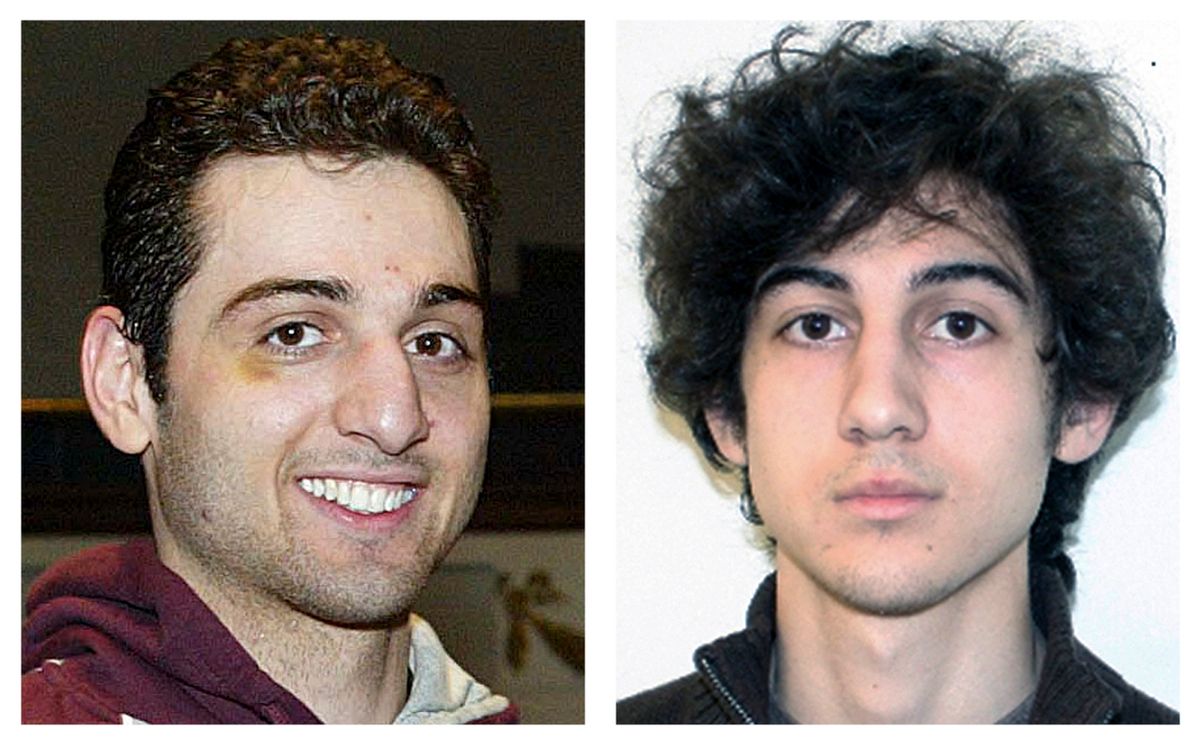 FILE - This combination of file photos shows brothers Tamerlan, left, and Dzhokhar Tsarnaev, suspects in the Boston Marathon bombings on April 15, 2013. Tamerlan Tsarnaev died after a gunfight with police several days later, and Dzhokhar Tsarnaev, was captured and is held in a federal prison on charges of using a weapon of mass destruction. A year after the bombings, prosecutors said they have a trove of evidence to use against Dzhokhar Tsarnaev, including surveillance video showing him placing one of the bombs just yards from Martin Richard, the 8-year-old boy who died in the blast. (AP Photos/Lowell Sun and FBI, File) (AP)
--

BOSTON (AP) — Lawyers for the Boston Marathon bombing suspect are headed to court Wednesday to ask a judge to dismiss some of the charges against him and to ease restrictions on him in prison.

Dzhokhar Tsarnaev (joh-HAHR' tsahr-NEYE'-ehv) has pleaded not guilty to a 30-count federal indictment charging him in twin explosions at last year's marathon. The blasts killed three people and injured more than 260.

Tsarnaev's lawyers say many of the charges are redundant and could sway jurors who will weigh whether he's guilty and if so, whether to sentence him to death.

Prosecutors say Tsarnaev and his brother, Tamerlan, built two pressure-cooker bombs and placed them near the finish line. Tamerlan Tsarnaev died following a shootout with police.