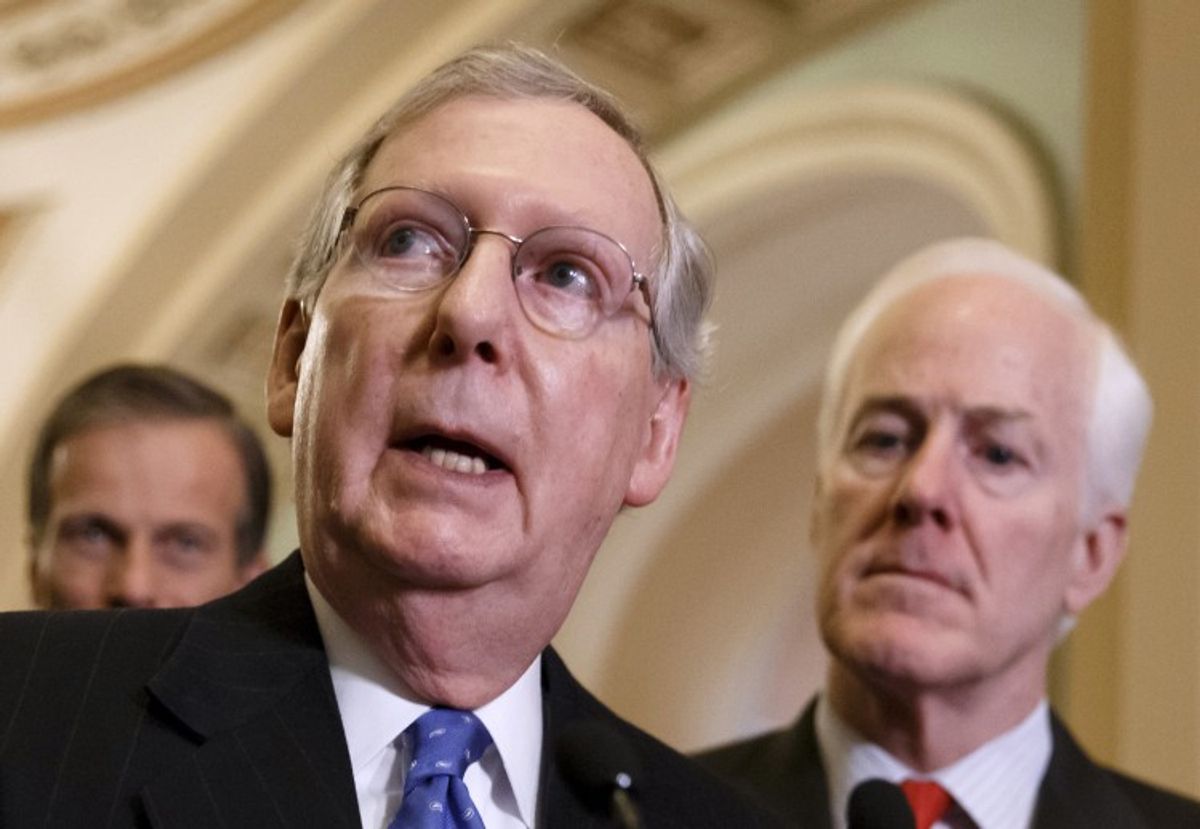 Speaking during a luncheon held by the Central Kentucky Association of Health Underwriters on Tuesday, Senate Minority Leader Mitch McConnell joked/threatened/promised that President Obama's nominee to succeed Kathleen Sebelius as head of the Department of Health and Human Services (HHS), Sylvia Mathews Burwell, is "probably going to be confirmed and probably going to have the worst experience of her adult life."

"I think she's a pretty capable person," McConnell also said of Burwell.  "The issue here to me is not the personnel. It's the bill."

Speaking of the woman who previously ran the HHS, McConnell said, "I never called for [Kathleen] Sebelius' resignation because I don't think anybody could figure out how to administer this law. It's a tough assignment." He also repeated his frequent refrain that he wanted to see Obamacare repealed entirely, "root and branch."

Asked about the consequences of full repeal on those who have, through Obamacare, received affordable health insurance for the first time, McConnell implied that the health care insurance reform law had done at least just as much harm as good.

McConnell's implication that just as many have lost insurance as have gained insurance under Obamacare is a popular talking point on the right. It has been determined by non-partisan fact-checkers to be completely false.