I was beat down by insurance and rarely saw doctors. But under a new plan, I made a call that proved life-changing 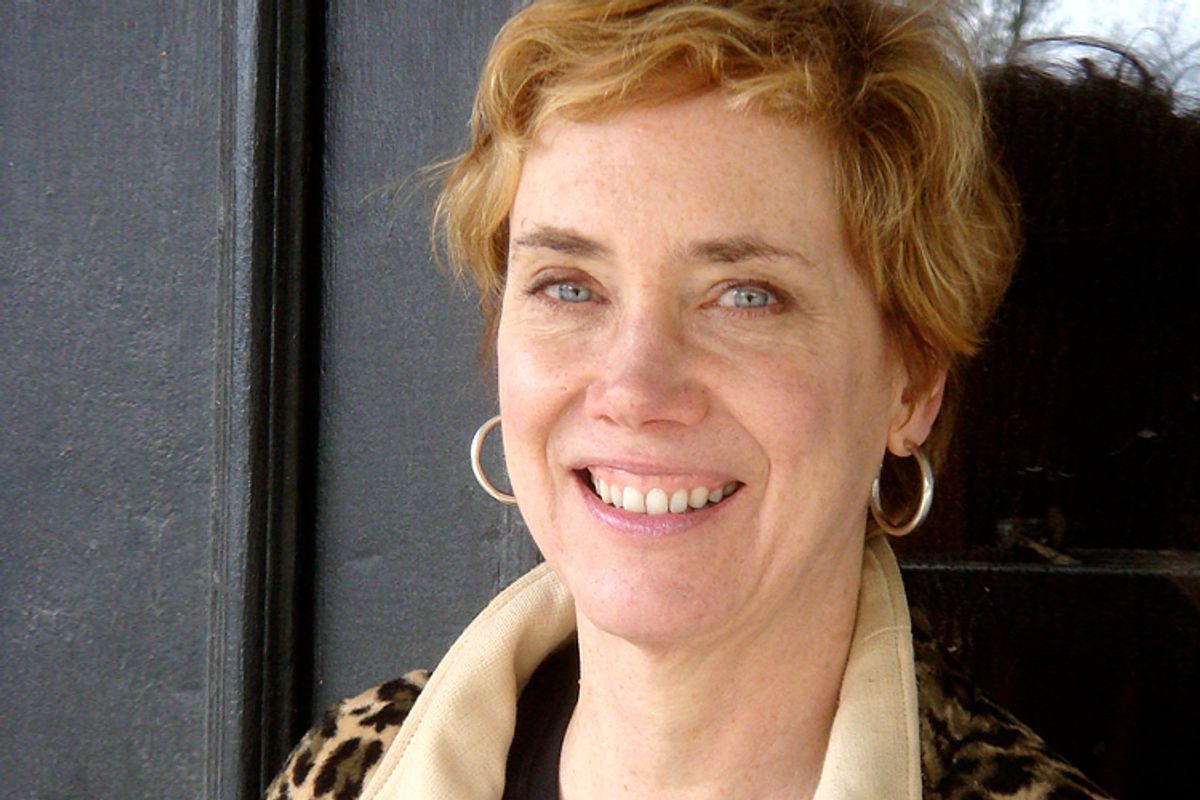 A photo of the author (Norm Walters)
--

When my insurance dropped me in 2000, I was a self-employed writer with two kids. The company no longer covered clients in Maine, where I live, and though my own health was good, going without coverage was not an option. Eventually I signed on with the Maine arm of a national plan, got the lowest possible premium with the highest deductible, and until this past March, stepped outside each month, stuck my money — some years, almost a quarter of what I earned —  into an envelope, wrapped the envelope around a large rock, and tossed it into the frigid waters of Penobscot Bay, where green crabs devoured it.

Kidding!  There were no rocks, and no icy bay: Each month I mailed my premium to my insurance company, and they fed it to invasive crustaceans. Or not — I have no idea what they did with my checks, other than cash them.  I certainly got little medical care in return. I was out of pocket for nearly everything — doctor’s visits, prescription medications, you name it.  The deductible was $15,000, for myself and each of my children.  My premiums rose yearly — sometimes, twice in a single year.

Let me make it clear that I have always considered myself very lucky.  My kids' health has been generally good, and so has my own.  Still, as a writer who, like a lot of Mainers, is self-employed, I have a limited income.  I became adept at scouring the local papers for any kind of free preventative healthcare — flu clinics and immunizations and Well Child clinics for my children, cholesterol and glucose screenings for me.  On sunny weekends, we’d go to health fairs.  When I turned 50,  because of my age and income, I became eligible for free mammograms and Pap tests.

When my kids were sick, I never hesitated to take them to the doctor or pay for their medications.  One of my children developed migraines as a teenager, so there were more doctor's visits, tests and prescriptions. One of my children has asthma, as do I, so there were nebulizers, inhalers and other meds to pay for. But as my premiums continued to rise, I saw my own doctor less often, maybe once a year.  This made me feel even more detached from my own medical care.  Again, fortunately, my health always seemed good.  I take an antidepressant for seasonal affective disorder: That, along with the asthma inhalers, is the only medication I use regularly.

My coverage with my old insurer began on Jan. 1, 2001. This week I contacted them to request the total amount I had paid out in premiums since signing on.  Their records extend only as far back as 2003, but the total since that time was $49,210.69.  Factor in another $2,800 (a lowball estimate) for the first two years’ premiums, with perhaps an additional $8,000 (a very low estimate) on medications, doctors’ visits, et cetera.

So, from 2001 until February of this year,  I spent at least $60,000 in health insurance and associated medical costs (routine doctor’s visits, medication and the like) that were not covered by insurance.  One could counter that my insurance premiums bought me peace of mind — but not with a $15,000 deductible for myself and my children.  $60,000 represents about three years’ income for me.  That’s enough money to buy a house (here in Maine, anyway).  Enough money to invest in an IRA or retirement plan that I might have been able to draw on as I get older.

Enough money to feed a lot of green crabs.

Earlier this year, my monthly insurance premium went up to $466.35 (that was for me and my dependent son).  My plan did not pay for preventative screenings — colonoscopies and the like — or for annual checkups.  All those costs went toward the $15,000 deductible.

In February, as soon as I filed my taxes, I went online to www.healthcare.gov.  The website was down, so I called the 800 number listed and after a short wait was connected to a very nice youngish-sounding man who apologized for the difficulty with the online process.

“But you can sign up right now by phone if you want,” he said.

So I did.  It took about half an hour.  I provided all my info and that for my son.  The nice guy on the phone said, “OK, let’s look at what’s available in your state.”

The first choice he read off was Maine’s new private insurance plan.  (Disclosure: My brother-in-law works for this company. The only other insurer in Maine is my previous, national insurer.)

“Now, here’s a plan that has a $1,500 deductible. You and your son each get one free checkup a year, free preventative screenings, low-cost prescription medications.”

I started to cry.

The following weekend, I saw a friend at a party — I’ll call her Lorelei.  We hadn’t run into each other in six months or so.  After chatting for a few minutes, Lorelei said, “You know, I had cancer.”

“You did?” (Lorelei is a few years younger than me, a non-drinker, non-smoker, vigorous hiker, etc.  She also looked great, but she always looks great.)

“Yeah.  I figured, I was a few years older than 50, I should have a colonoscopy.  It turned out I had colon cancer.  They treated me, I had part of my colon removed.  Now I’m a little tired but otherwise fine.”

The next day, I emailed Lorelei and got the name of her doctor.  I’m 57 and knew that I should have been screened for colon cancer after turning 50, but my old insurer didn’t pay for the procedure.  On March 1, I mailed off my first premium to my new insurer.  I made sure the check cleared,  then called Lorelei’s doctor and made an appointment for a colonoscopy.  I chatted with the receptionist, who told me the cost of the screening was $2,500.  If any polyps were found, removing them would incur an extra cost.  I called my insurance company to make sure all this would be covered as preventative care.  It was.

A week later I got my prescriptions refilled — including the albuterol inhaler I had never been able to afford.  The total cost ordinarily would have been about $240.  Now it was less than $20.

A few Mondays ago, I finally had my colonoscopy.  No, the prep wasn’t fun, although the gallon of stuff I had to drink actually tasted pretty good (drinking it with a straw helps).  During the procedure, a large polyp was removed. Or so I was told: I don’t remember a thing. Afterward I went home and slept.  Late the following afternoon, the doctor called.

“You were very, very lucky,” he said.  He sounded somber, and went on to explain that the kind of precancerous polyp he’d removed, and the place where he’d found it, were both indicative of a highly aggressive form of colon cancer.  The polyp was also very difficult to see and could easily have been missed if I hadn’t done such a good prep (go Miralax!).

“If you hadn’t had that colonoscopy when you did, and had that polyp removed, within a year you would have had cancer,” he said.  “Maybe two years.  Maybe three.”

He spoke to me for at least 20 minutes, explaining exactly what he’d done and the different kinds of polyps that could be found during screening.  He also told me that while the recommended time between colonoscopies is usually five years, I would need to come back in six months.  If that test looked clean, I could wait five years before the next one.  I told him that one reason I’d made the appointment was because I finally had decent insurance under the Affordable Care Act.  The other reason was Lorelei.

“I remember Lorelei,” the doctor said thoughtfully.  “You call her and tell her 'Thank you.'”

I will be out of pocket for some portion of my colonoscopy in six months — the second procedure is considered diagnostic, not preventative.  And once my son is on his own and paying for his own insurance, my own premium will go up.

As a 57-year-old writer, I have no pension, no IRA and virtually no savings.  But my mortgage is paid off, my old Subaru (250,000 miles) still runs, and I finally have decent health insurance that I can afford.  The way I look at it, in my first month of coverage, ACA has already saved me about $4,350 — and maybe my life.

Elizabeth Hand is the multiple-award-winning author of numerous novels and works of short fiction. She lives in rural Maine.