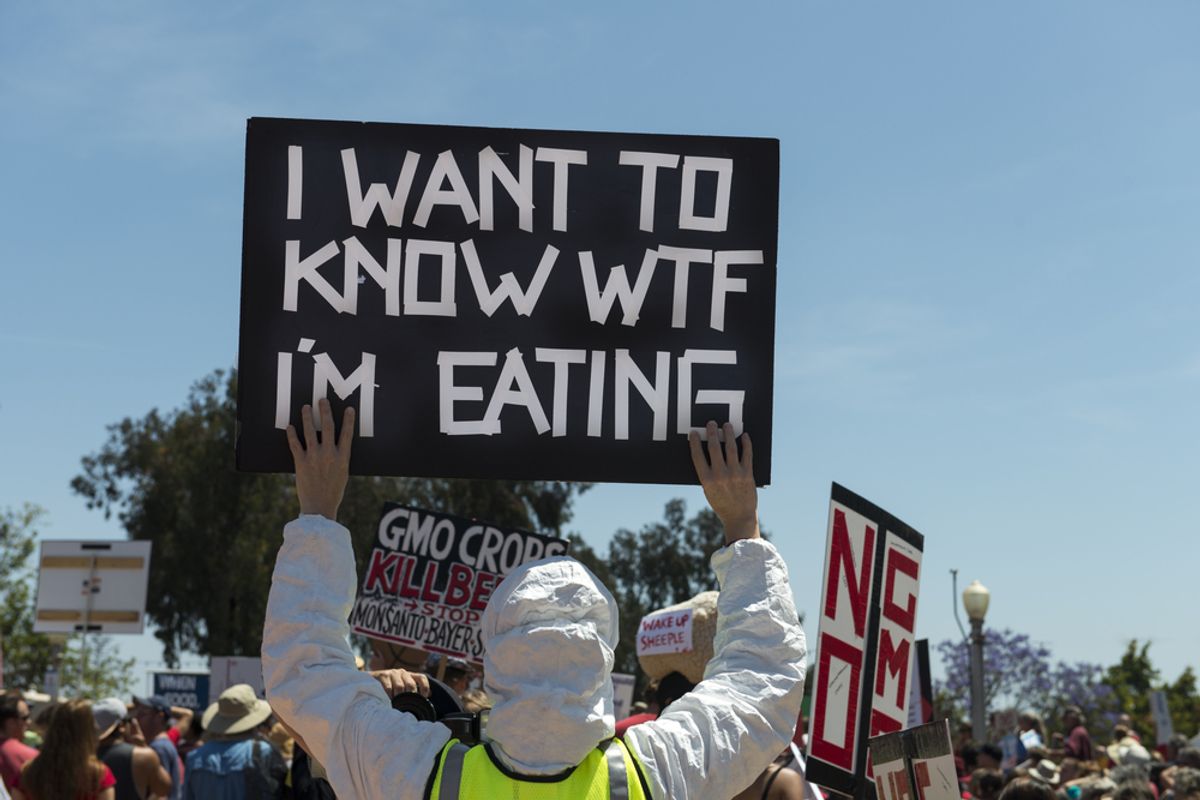 Vermont's Senate Wednesday passed a bill requiring the mandatory labeling of foods made with genetically modified crops, and it's looking likely that it's going to go all the way. All that's left is for it to be sent back to the House to green-light the Senate's changes, and then on to Gov. Peter Shumlin, who's indicated he's probably going to sign it into law. It would go into effect July 1, 2016.

The bill, which states that processed foods made with GMOs "potentially pose risks to health, safety, agriculture and the environment," would require them to carry labels stating they've been produced or partially produced with "genetic engineering." It would also make it illegal to apply those ill-defined terms "natural" and "all-natural" to any foods containing GM ingredients.

If passed, it will be the country's first to carry this requirement, coming in the face of a federal effort to stop states from doing this very thing. Although Connecticut and Maine both passed labeling laws of their own, they won't go into effect until neighboring states choose to do so as well -- by waiting for a coalition, they're hoping to protect themselves from the inevitable lawsuits from the biotech industry. Vermont, also anticipating such a thing, included in the bill a fund set up to pay the state's legal fees.

"It's not just Vermont," Andrea Stander, a spokesperson for the Vermont Right to Know GMOs coalition, told Reuters. "This affects everyone who eats. Consumers all across the country have woken up to the fact that we've become an unregulated feeding experiment by the biotech industry. People want to know if their foods are made with these ingredients. This gives people the choice."

"This debate isn't about food safety," countered Karen Batra, a spokeswoman for the Biotechnoloy Industry Organization. "Our science experts ... point to more than 1,700 credible peer-reviewed studies that find no legitimate concern."

According to the Burlington Free Press, it was the idea that consumers should have the right to know what they're eating that ultimately won over the Senate, which voted 28-2 to pass the bill:

Some senators who had been skeptical of GMO labeling said they were persuaded that their constituents want the information clarified on the food they buy. Senators said they were flooded with emails and calls from people urging them to pass the bill.

Under the bill, Benning said, the wording declaring that a product contains GMOs could be as small as the carbohydrate listing typically found on food packages.