You gotta eat, even if you're a fictional character: An artist cooks and photographs dishes from her favorite books 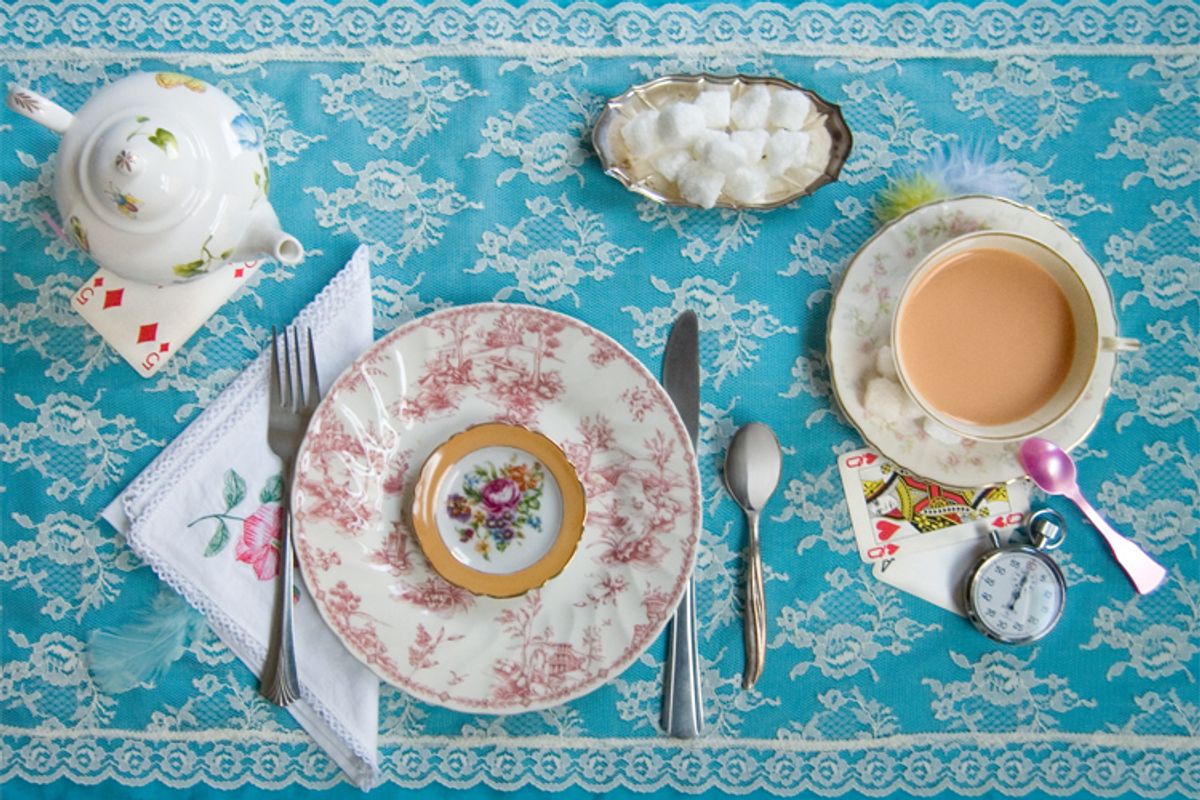 I'm not a "foodie" reader by any stretch, having little patience for books (fiction or non-) that fetishize meals and their preparation. Nevertheless, certain literary feasts are as iconic in my mind as they are in everybody else's, particularly those from kids' books: the much-refused green eggs and ham (I used to stare at Dr. Seuss' plump little ham with its drooping fork and wonder what it tasted like), the blueberries noshed by Sal and her bear cub counterpart, and the unfathomably exotic treats of British children's fiction, from the treacle in "Alice's Adventures in Wonderland" to, of course, the Turkish delight in "The Lion, the Witch and the Wardrobe."

In adult fiction, I much prefer the humble, homemade dinners whipped up by Haruki Murakami's lonely protagonists to the lavish extravaganzas of Babette and her gourmet ilk. It was the cooking that made me fall for Murakami's novels, to be honest. When one of his narrators takes a break from coping with mysterious women, cat-run towns, product logos brought to life and other manifestations of the unconscious mind in order to chop vegetables and boil spaghetti, the interlude serves to nail down his material reality. He may be having some strange experiences, but still he lives and breathes and gets hungry: Even if you're a fictional character, you gotta eat.

The foods a character consumes often convey something about his or her identity and station in life, whether it's Oliver Twist's gruel or the dainty lemon cakes loved by the unworldly Lady Sansa Stark in "A Game of Thrones." But I suspect that for me literary meals speak most eloquently to that old, buried childish desire that the story I'm reading be "really real," that the people and events in it not be just the arbitrary products of some writer's imagination. If the characters demand to be fed before going on to do whatever it is the author has lined up for them, then they seem to have some sort of independent existence.

That's why Dinah Fried's new photography book, "Fictitious Dishes: An Album of Literature's Most Memorable Meals," has earned a permanent spot on my shelf. The book began as a project for the Rhode Island School of Design, where Fried was a student. Each of the 50 images is an elaborate and eloquent place setting in which the superreal clarity of food advertising is directed to unusual ends. A simple blue bowl of chowder stands next to a mug of ale on a slated table top for "Moby-Dick." A sprawl of White Castle burgers surrounded by crumpled packets of ketchup for Jonathan Lethem's "Motherless Brooklyn." A weighty-looking serving of buckwheat cakes, ham and yams in gravy on a china plate for "Gone With the Wind." Here is the faded, "Mad Men"-era elegance of the crabmeat-stuffed avocado half I remember so well from Sylvia Plath's "The Bell Jar," exactly as I'd pictured it. Perhaps the most charming detail of all is that Fried not only styled and photographed the images, she cooked the food herself.

Cooking, per se, wasn't always required, though. For Julio Cortázar's "Hopscotch," Fried shot a book-cluttered table with barely enough space for a cup of the hero's favorite stimulating beverage, mate. For "Fear and Loathing in Las Vegas," it's an overflowing ashtray, a shot glass of tequila and a hacked-up grapefruit. Kafka's Gregor Samsa, transformed as he is into a gigantic vermin, gets a rather pretty pile of garbage on newspaper. Wittiest of all, the "meal" for Jacqueline Susann's "The Valley of the Dolls" is a handful of bright pills, scattered atop a bathroom counter next to a bar of pink soap. And finally, yes, there it is -- rosy, sugar-dusted and nestled in the snow: Turkish delight.

To see some images from "Fictitious Dishes," click on the slideshow and visit Dinah Fried's website. The book itself has many more.