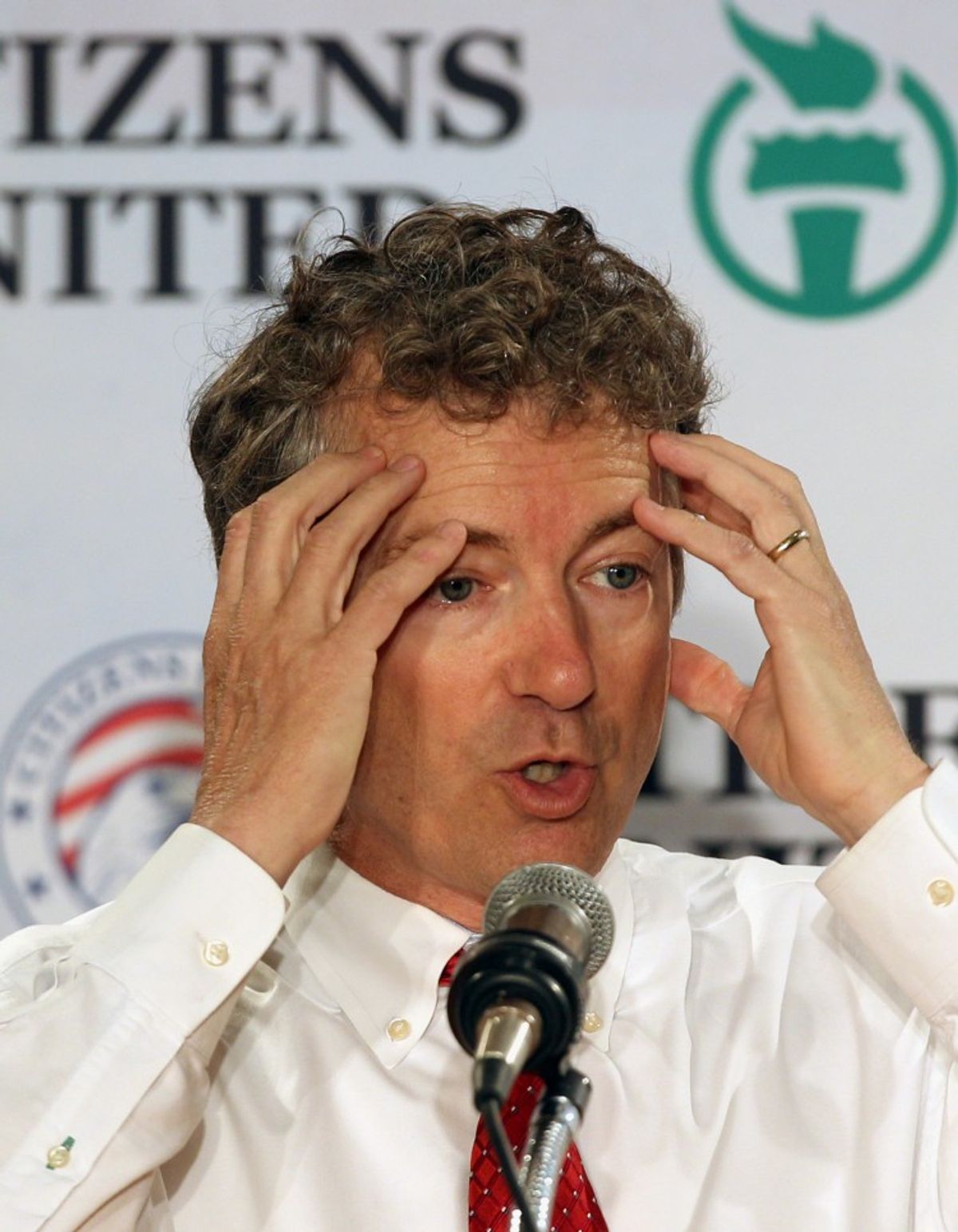 He's had months to figure it out, but Sen. Rand Paul still hasn't discovered a way to defend his endorsement of Mitch McConnell in a remotely convincing fashion.

Earlier this year, Paul awkwardly joked with Glenn Beck about how much he didn't want to explain his siding with the über-establishment McConnell over his Tea Party-backed primary challenger, Matt Bevin. When asked by Beck to justify the move, Paul could only deadpan, "Because he asked me."

Speaking before a crowd on Wednesday, it became clear that Paul had not used the time since his appearance on Beck's show to come up with a better answer. In response to an audience member's question on the matter, Paul reportedly decided not even to bother mouthing the usual clichés politicians use to explain a political alliance born of convenience, instead telling the questioner he'd explain the decision in private, after the event had concluded.

Even putting Paul's earlier comments to Beck aside, the likely 2016 presidential candidate's relationship with Senate Minority Leader McConnell has always been fraught. Perhaps the most well-known example of this was when McConnell's campaign manager, Jesse Benton, was caught admitting that he was only working for the longtime senator in order to help Paul's eventual White House run.

"Between you and me," Benton was heard saying in a recording, "I'm sorta holding my nose for two years" because helping McConnell is "going to be a big benefit to Rand in 2016."

Paul, evidently, is holding his nose, too.