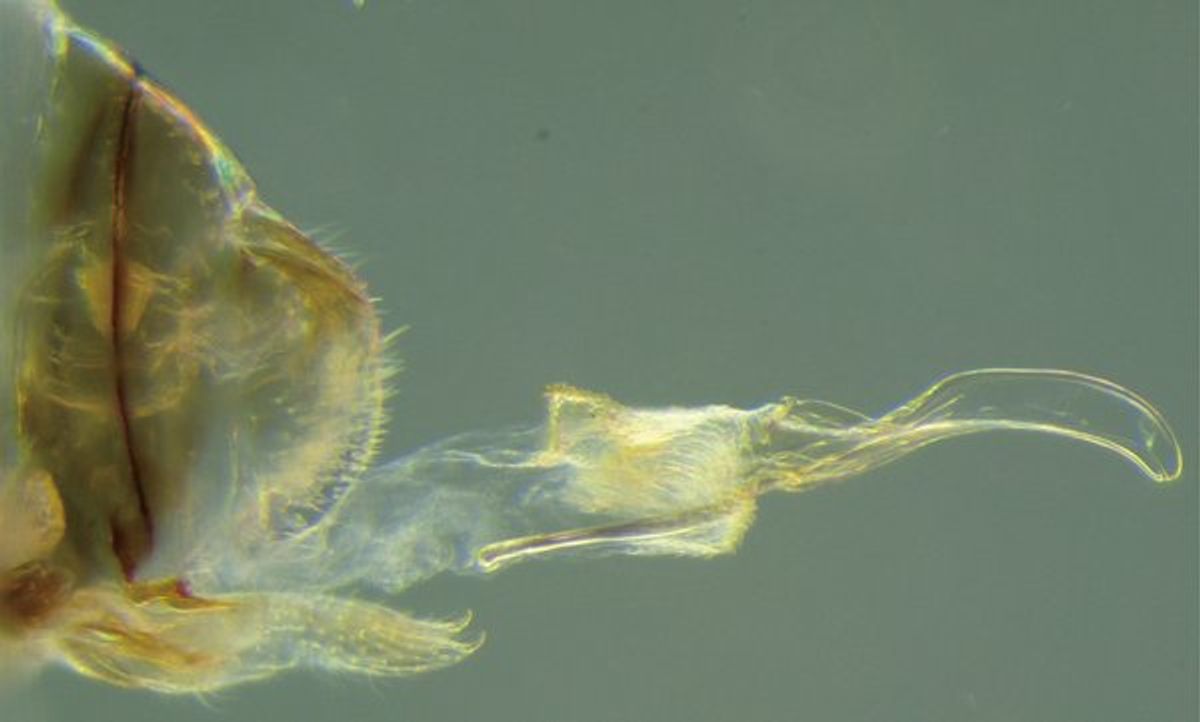 It's a big day for science. At NASA, they've announced the discovery of a new, Earth-like planet that could potentially harbor extraterrestrial life. And over in Brazil, they've discovered the first known case of "female penis."

That's right: as detailed in the journal Current Biology, four species of Brazilian insects sport sex-reversed genitalia. It's not impossible, as the Verge explains: Rather than sex organs or chromosomes, biologists use gametes (sperm in males and oocytes in females) to determine sex. In this case, the females, which have the biggest gametes, also happen to have a penis. Here, courtesy of the journal, is what it looks like: Smithsonian Mag has as weird an account of the bugs' mating ritual that you can ever hope to read:

During mating, the female’s spiny penis gets tightly anchored to the male vagina’s sperm duct, allowing the female to receive the semen. In other words, this penis functions more like a straw than a spout. If the male tried to break away, his abdomen would rip open, and he would dramatically lose his genitals. These female insects also mate with multiple males and can store two batches of sperm in the body.

So that's how that happens. The "why," on the other hand, is a much bigger question. Here's the Verge, again:

Michael Siva-Jothy, an entomologist at the University of Sheffield, UK, who didn't participate in this study, said in an email to The Verge that the findings are "really, really exciting." Examples like this, he noted, allow researchers to examine various factors that drive how these traits evolve. When asked how the female penis might have evolved, however, Siva-Jothy was stumped. "This is so bizarre," he said. "I don't know where to begin."

Yoshizawa was equally surprised upon seeing these insects for the first time. "Usually, a new structure evolves as a modification of a previously existing structure," he said. But this female penis has no precedent. Evolving a structure like this, Yoshizawa said, is "exceptionally difficult" because the development of this form of mating would have necessitated the harmonious evolutions of both male and female genitalia, and their exact match.

“Obviously more research is needed," evolutionary biologist Marlene Zuk, who was not associated with the study, told Smithsonian, "but the whole thing is completely wild.”